A Toronto police officer who has filed a human rights complaint against her force alleges she was subjected to years of intimidation and reprisals by fellow constables and supervisors after she intervened to stop what she said was the unjustified use of force during the arrest of a Black suspect.

In her complaint to the Human Rights Tribunal of Ontario, the Iranian-Canadian officer said she was punched by her partner at the time when she tried to step in during the March 2011 arrest. After reporting him, she said, she was passed over for promotions and left vulnerable to prolonged racist and sexist attacks from colleagues who called her a “rat.”

CBC is referring to the woman by a pseudonym, “Darya,” because she fears more backlash for speaking out.

“If you’re not white — it doesn’t matter if you’re a citizen or you’re an employee, you don’t have any rights. It’s systematic abuse,” said the officer, who was hired by the Toronto Police Service (TPS) in 2009.

In an exclusive interview with the CBC’s The Fifth Estate, Darya said she was branded a liar after reporting her fellow officer and subsequently put at risk when other members of the force abandoned her during volatile calls.

The Toronto Police Services Board has not yet filed a response to Darya’s complaint, which was filed in September. In an emailed statement to CBC, senior advisor Sandy Murray said the board “confirms, unequivocally, that harassment and discrimination have no place in our organization.”

Additionally, the Special Investigations Unit, Ontario’s police watchdog, is currently investigating five allegations of sexual assault against Toronto police officers. The SIU would not say if any of the victims in its open cases are members of the force.

Toronto Mayor John Tory said in a statement to The Fifth Estate that he expects all harassment complaints to be “fully investigated” and that he is committed to creating a “respectful, safe and healthy workplace for all members of the service.” 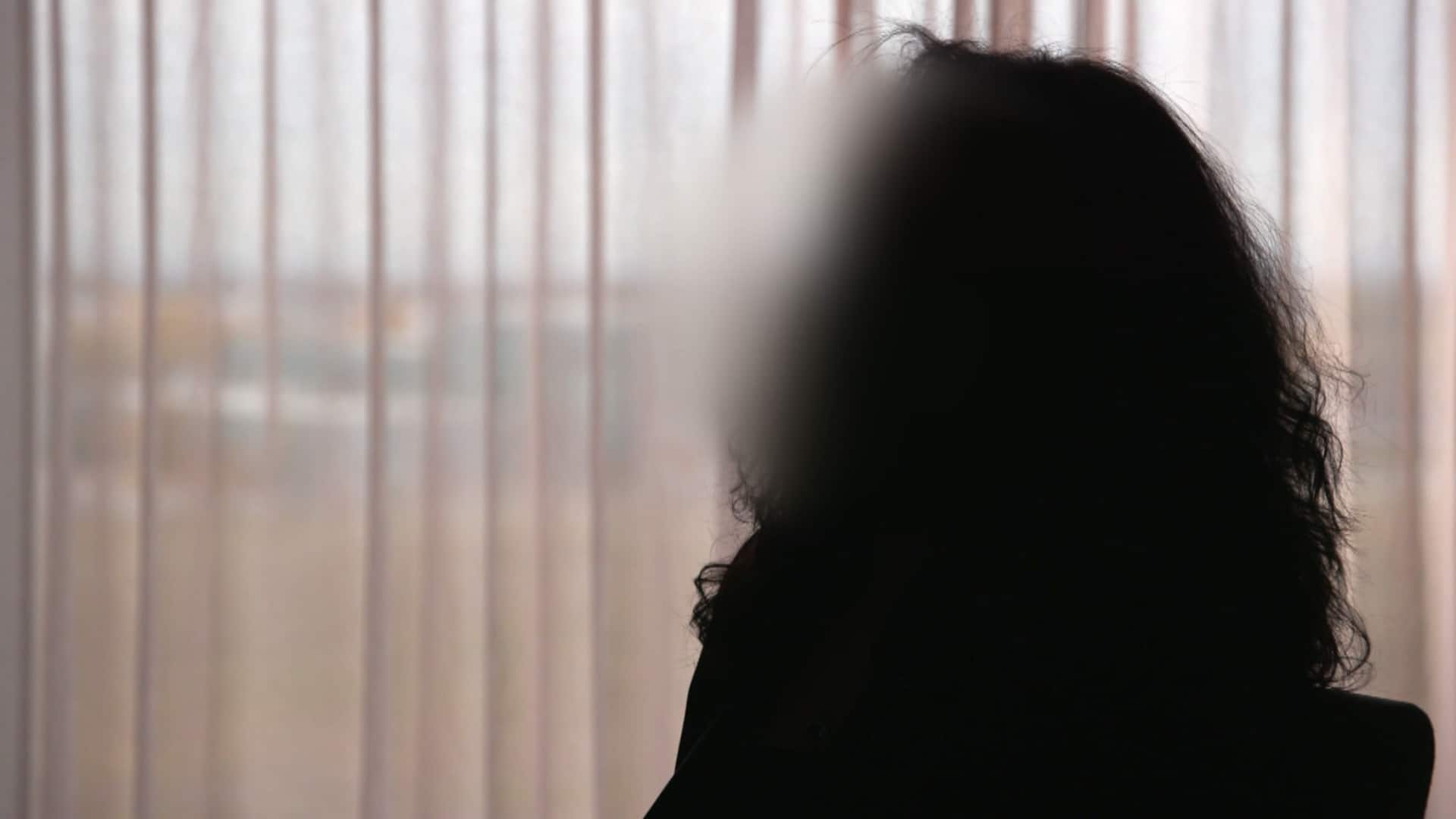 Female officer told to loosen up by colleagues

An 11-year veteran of the Toronto police force who CBC is calling Darya to protect her identity describes a sexist workplace culture on the force.

An arrest, then an assault

Darya, 46, came to Canada as a refugee and was an RCMP translator before becoming a police officer. Frustrated after struggling for nine years to find a resolution within the TPS, she filed the human rights complaint this fall, in which she described how she was treated by more than 30 named officers.

She said racist and sexist comments were hurled at her from Day 1. She recalls that during her rookie night celebration, several officers told her to take her shirt off and “start singing.” When she refused, she was derided during her next shift.

“They told me I’m coming from a third world country. I need to chill out,” she said in The Fifth Estate interview.

Shortly after being hired, Darya was partnered with a male officer who had been previously investigated for calling an Arab man a racist slur, according to the complaint.

She told The Fifth Estate she endured her partner’s harassment for more than a year but finally reported the constable after watching him abuse his power during the March 2011 arrest.

On that night, Darya and her partner were called to an altercation outside a Shoppers Drug Mart in Toronto’s Little Jamaica neighbourhood. As Darya was speaking with a witness, she saw her partner put a handcuffed Black man into the back of the squad car.

In the claim, she states the officer was “intentionally” leaning on the cruiser door, “squeezing the door on the suspect’s leg.” As the suspect yelped in pain, Darya told her partner to let go of the door. That’s when the constable punched her, according to her complaint.

“He hit me in the chest really hard, that I almost lost my balance. I had to grab the door so I don’t fall on the ground,” she said.

During her Fifth Estate interview, she recounted how the sharp pain knocked the wind out of her and left her with a bruised and swollen left breast. 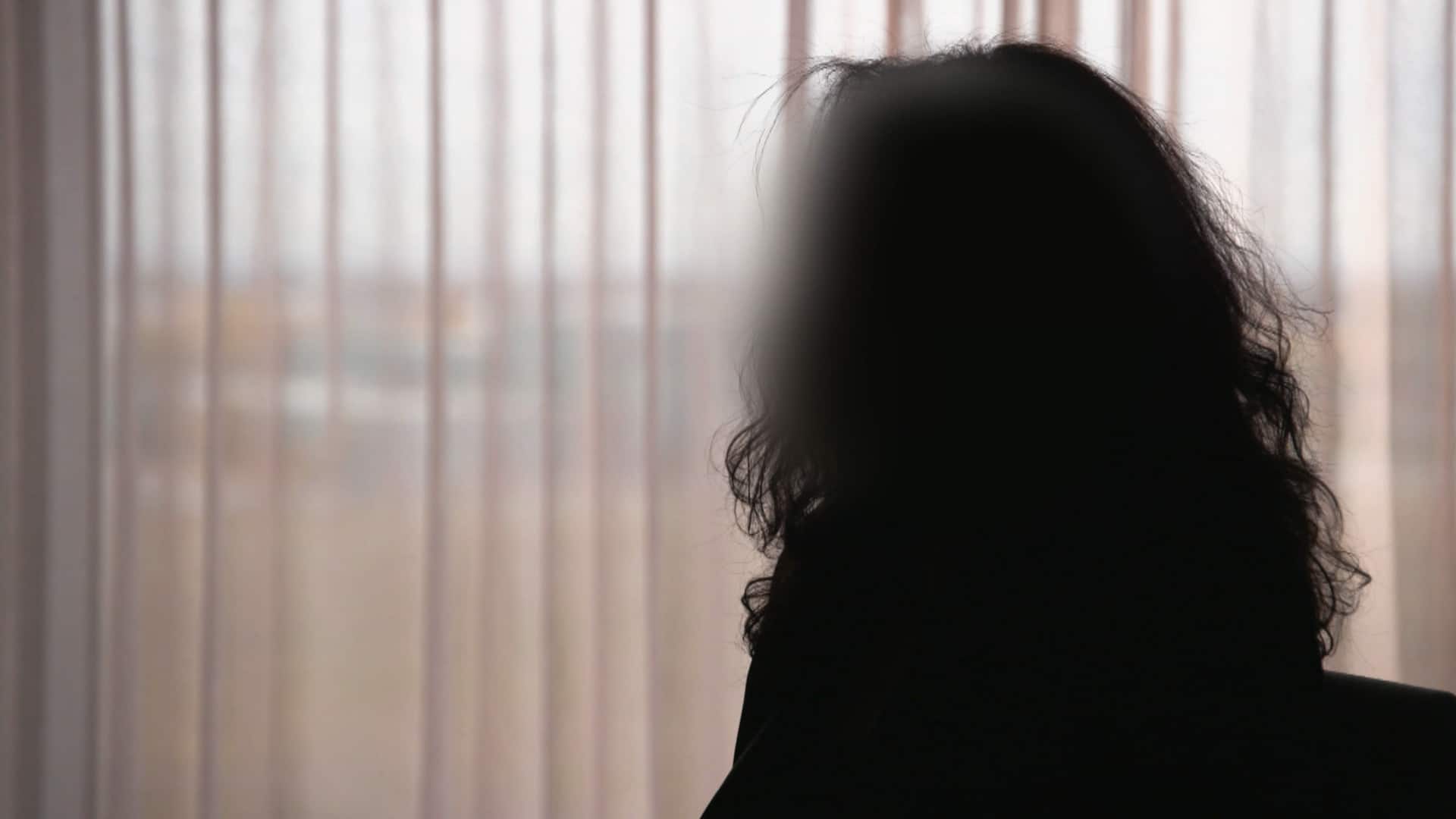 A female officer with the Toronto Police Service recounts what it was like to work with a partner who she described as ‘abusive.’

Darya didn’t pursue charges after her union representative warned her it would be “career suicide.” But she did report her partner’s misconduct to her sergeant and staff sergeant. What followed was a barrage of reprisals, she said.

None of the claims made in Darya’s complaint have been ruled on yet by the tribunal.

Through his lawyer, Darya’s former partner said he is “eager” to address the allegations but said he was unable to do so, citing legal constraints.

In her claim, Darya alleges supervisors began a campaign of disciplining her for “meritless allegations of neglect of duty.”

“I wanted to stand [up] for [the] public,” Darya told TheFifth Estate, her voice shaking as she struggled to compose herself.

“They protect each other. They protect the abuser,” she said of police supervisors. “That’s a problem. I want change. I want justice for everyone.”

She said her partner was told to stop communicating with her but didn’t face any other consequences. Even though she was moved to a different shift, the bullying and intimidation got worse.

Other officers left her voice and text messages on her phone calling her a “rat” and a “liar.” Her personal car was keyed and scratched while parked in the police lot. Paint was splattered on her vehicle, and a bag of dog feces was left on the windshield of her car.

Darya said no investigation was launched after those events. Instead, she was transferred again — this time to another division. But her reputation was already tarnished.

In her claim, Darya describes how rumours dogged her at her new station. Other officers believed she was prone to making false allegations of sexual misconduct and shunned her.

She details several instances in which she was put in danger. In one case, Darya called for backup to deal with an emotionally disturbed suspect wielding a knife, but no officers showed up. She said it left her anxious and fearful of going to work.

According to a medical note seen by CBC, Darya was diagnosed with major depression and post traumatic stress disorder in October 2019. She’s currently on medical leave.

How prevalent is sexual misconduct among officers?

This past July, another sexual harassment case before the tribunal concluded with a ruling in favour of the officer. The tribunal adjudicator found that Toronto police Const. Heather McWilliam, a drug investigator, was subjected to rampant sexual harassment that resulted in a “poisoned work environment.”

At the end of a six-year process, McWilliam was awarded $85,000, and the the Toronto Police Services Board was ordered to develop new human rights policies and training programs. Since then, the TPS board said it’s “working diligently” to implement the tribunal’s order to provide sexual harassment training to all officers in her division.

Seven TPS officers are currently suspended with pay, accused of sexual violence against women on the force or members of the public. Two of them have been charged with sexual assault.

Since 2010, only six officers, including one female sergeant, accused of sexually harassing other officers have been found guilty of discreditable conduct under the Police Services Act.

No officer has been found guilty of sexually harassing colleagues since 2015. Officers are usually docked pay as punishment. The most serious case came with a recommendation for firing, but the staff inspector resigned before he could be officially dismissed.

Ontario’s police watchdog, the Special Investigations Unit, has also investigated dozens of Toronto officers for criminal sexual offences committed against members of the public. Since 2017, 49 allegations of sexual assault by TPS officers have been reported to the SIU.

‘I lost my career’

“The environment is so toxic you’re just constantly trying to survive” said Zarabi-Majd in an interview. “If this behaviour doesn’t stop at the station, it just bleeds into the community, and it affects everybody.”

She said that in her 10 years on the force, she was often denigrated for being a woman. In her claim, she provides a list of examples of the harassment she experienced. An inspector called her a “waste of space.” A sergeant kissed her without her consent, forcing his tongue into her mouth and pressured her to have sex. She said male officers asked her to describe the bodies of female suspects she searched and showed CBC texts inquiring if she shaved her pubic area. 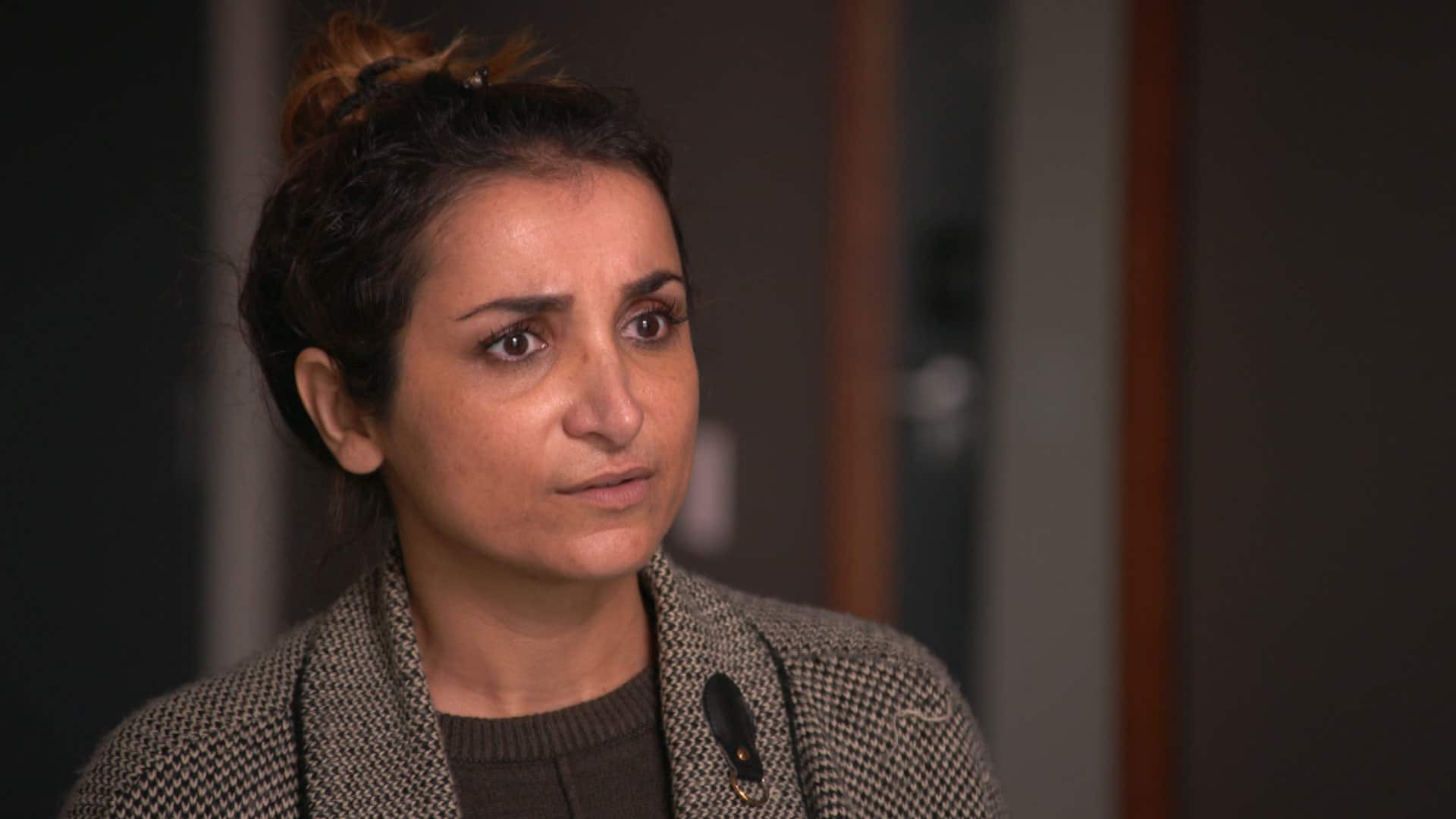 Toronto police Cst. Effy Zarabi-Majd talks about the financial and human toll of pursuing complaints against her fellow officers before the Human Rights Tribunal of Ontario.

Initially, Zarabi-Majd had joined forces with two other female officers to pursue legal action. The police board announced their cases were settled in October 2019, but Zarabi-Majd didn’t take the deal.

The 39-year old officer said TPS offered her a $400,000 settlement and promised to keep paying 75 per cent of her salary until she turned 50. But Zarabi-Majd said she refused to be muzzled by a non-disclosure agreement. She said she wants to continue fighting for female officers too afraid to come forward.

“It’s not about the money,” said Zarabi-Majd who has also been diagnosed with PTSD and is currently on leave. “We’re here to retire and be proud of our careers, not to walk away with our heads down with NDAs.”

It can take years to get a hearing at the tribunal, so Zarabi-Majd is using social media to press for accountability now.

On Twitter, she posted photos of shelves with pornographic magazines in the station where she worked. She tweeted damning screenshots of a private chat group of Toronto officers from around 2018. The chat between officers included photos of suspects in the back of TPS squad cars and racist GIFs insulting Indigenous people and Muslims. 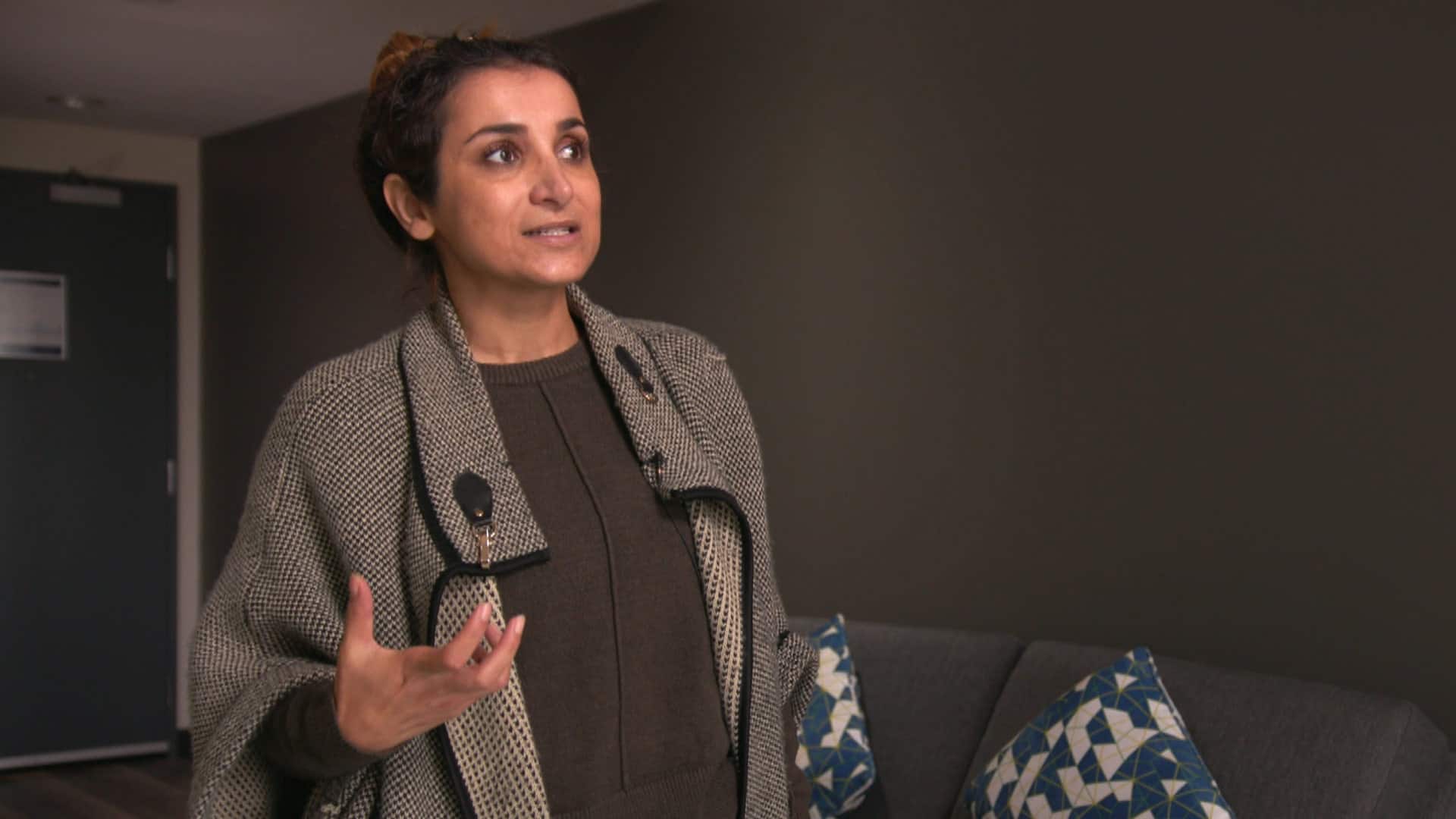 Toronto police Cst. Effy Zarabi-Majd decided to document the pornographic magazines she found lying around at her workplace in 2018 and used the images as part of her complaint before the Human Rights Tribunal of Ontario.

Toronto police say they have referred Zarabi-Majd’s complaint to the Ontario Provincial Police to investigate. They have also sent her a cease and desist letter. TPS argues her posts are “harassing and defamatory” to other members and ordered her to delete them.

But Zarabi-Majd says she isn’t backing down. Her legal fight has already sunk her deep into debt, and she knows it’s unlikely TPS will welcome her back.

“I want them to see me,” she said. “I’m not afraid of retaliation. I’ve already lost everything. I lost my home. I lost my career. So, what have I got to lose?”

Interim Chief James Ramer declined an interview but provided a statement. He did not specifically address the claims of Darya or Zarabi-Majd but said that TPS has procedures and policies in place to protect members and that “it is unacceptable if these protections fail.”

TPS has hired an outside firm, Deloitte, to survey its 7,500 staff about harassment and discrimination. The force has also created a workplace harassment task force to improve the culture and in 2018 formed an equity, inclusion and human rights unit aimed at developing best practices to ensure “an inclusive work environment and bias-free services and training.”

In his statement, Ramer said that after 40 years on the force, he has seen “how far the service has come in recognizing that women are an essential part of policing.”

The interim chief also acknowledged a personal stake in fixing the problems quickly: this year, his daughter was sworn in as a Toronto police officer.

With files by Nicole Brockbank

World·MARKETPLACE As global demand for personal protective equipment (PPE) surges during the pandemic, so has …