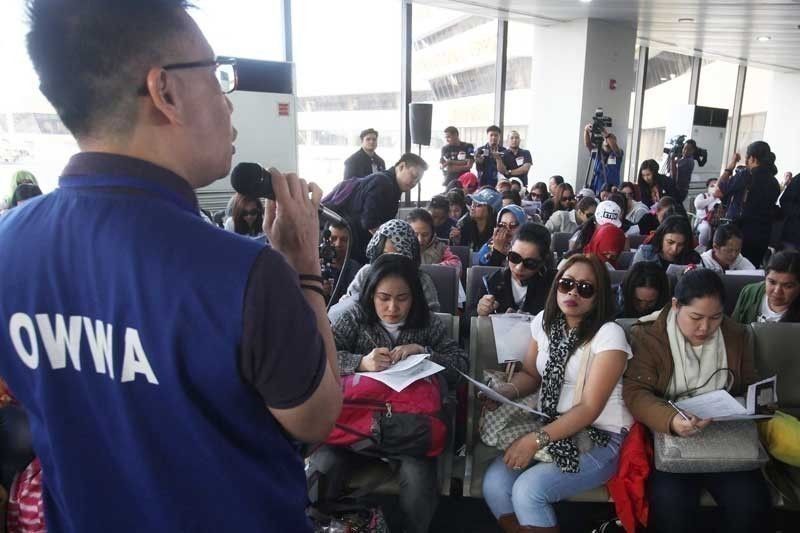 In this undated file photo, an official of the Overseas Workers Welfare Administration gives outbound Filipino workers a briefing.

A bulletin by the DFA showed that the new infections came from Asia Pacific and Europe, along with six recoveries to push the number of patients who got well to 7,545.

The death toll has stayed at 847 with no new fatalities reported on December 2.

To date, there are still 3,327 also continuing to receive treatment for COVID-19 in 82 countries that have reported infections among Filipinos.

Americas in 10 countries reporting have 839 infections, 520 recoveries and 188 deaths — the second highest death toll among Filipinos.

Globally, the number of individuals who have tested positive for the coronavirus is nearing 64 million, with deaths standing at 1.48 million.

The United States has confirmed 13.7 million infections and over 270,000 deaths, both the highest among 191 countries with reported COVID-19 cases.

India, Brazil, Russia and France followed in the Top 5 list, with the Philippines’ 434,375 cases placing it at the 27th spot. — Christian Deiparine