On Saturday night, a news piece that aired on a Boston television station reported on poor visibility and challenging road conditions in Massachusetts. One driver quoted in the story just happened to be Calgary Flames legend (and former Boston Bruin) Jarome Iginla. 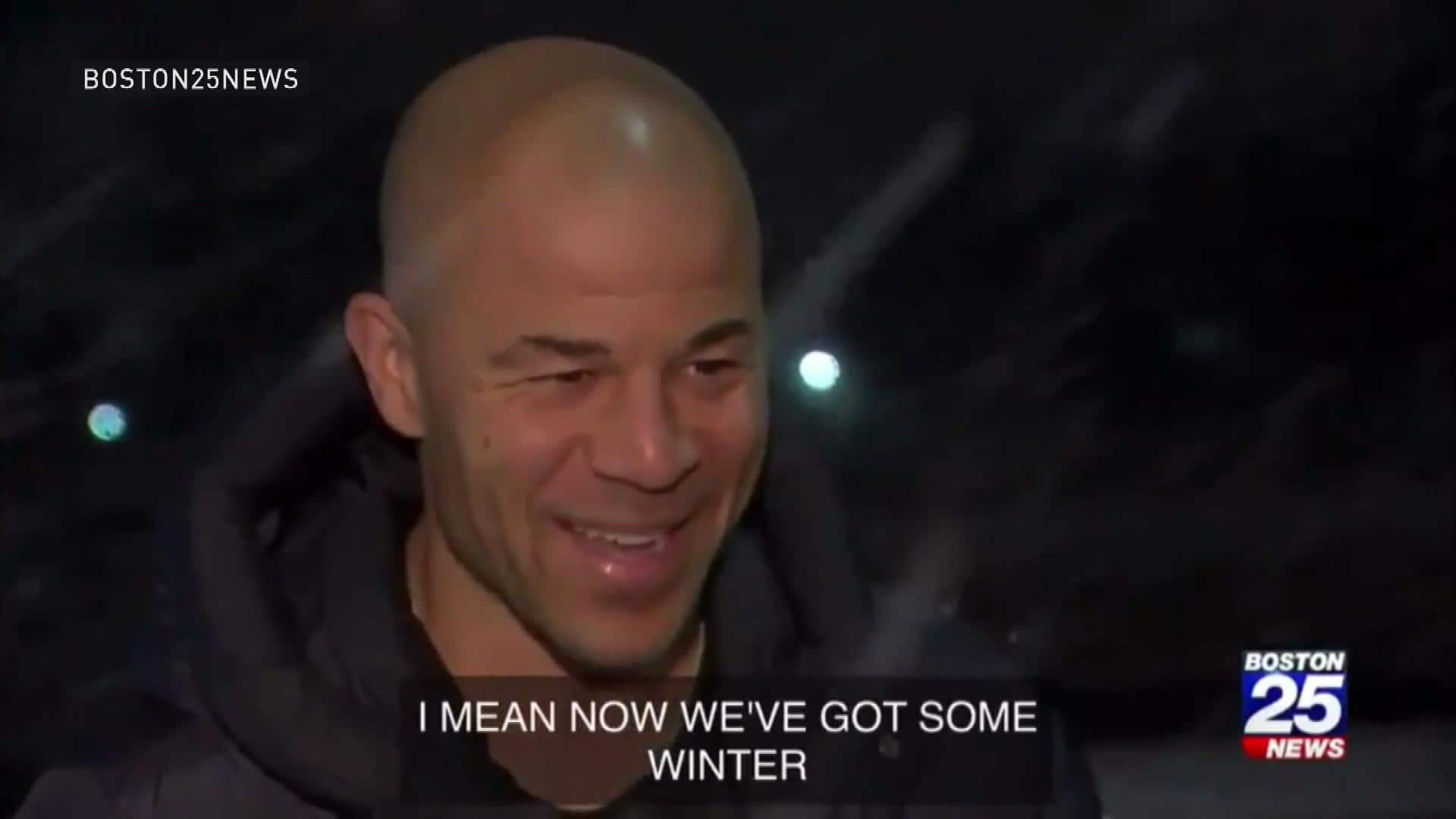 Former Calgary Flames captain Jarome Iginla, bogged down in a Lexington, Mass., snowstorm on Saturday, gave a quick interview to Boston 25 News, but the TV station didn’t realize that it had stopped an NHL icon. ‘We’re from Canada, so it’s not too crazy,’ said Iginla.

“We’re from Canada, so it’s not too crazy. We’ve got some winter tires,” said a man interviewed by Boston 25 News on Saturday night. “We’re used to this growing up.”

It was a typical local news piece, reporting on poor visibility and challenging road conditions in Massachusetts.

The man’s comments would seem fairly routine in such a piece, except in this one instance — when the man on the street just happened to be Calgary Flames legend Jarome Iginla.

“I like the winter, but not necessarily — this might be a little too much,” Iginla told the interviewer.

On Twitter, Nicole Oliverio, the weekend evening anchor with the station, said she didn’t immediately recognize Iginla, who played a stint with the Boston Bruins.

“In my defence, it wasn’t my interview!” Oliverio wrote. “I was anchoring though, and didn’t pick up on it right away.”

In the interview, Iginla was turned to for his driving tips for the typical Boston driver in times of inclement weather.

Iginla also played for the Colorado Avalanche and Los Angeles Kings, finishing his career with 1,300 points.