Canadians need to be able to clearly assess what their tax dollars are paying for, who benefits, write Kevin Page, Shannon Smith and Jeffrey Bugg.

William Gladstone, a four-time U.K. prime minister, warned in 1891 that if “the House of Commons by any responsibility loses the power of the control of public money, depend on it, your very liberty will be worth little in comparison.” Today in Canada, Members of Parliament, the Parliamentary Budget Office and the media have all flagged important gaps in the federal government’s fiscal transparency.

Those gaps limit the capacity of parliamentarians and citizens to assess the large fiscal supports for households and businesses during the pandemic.

The fiscal supports will continue in 2021, and there’s a need for timely assessment of how much the government is spending, where, and on what, as conditions in the economy evolve with the spread of the virus. We need to learn, from monthly administrative and economic data, how to adjust programs to best support vulnerable populations and industries.

All of this signals the urgent need for a fiscal transparency reset. 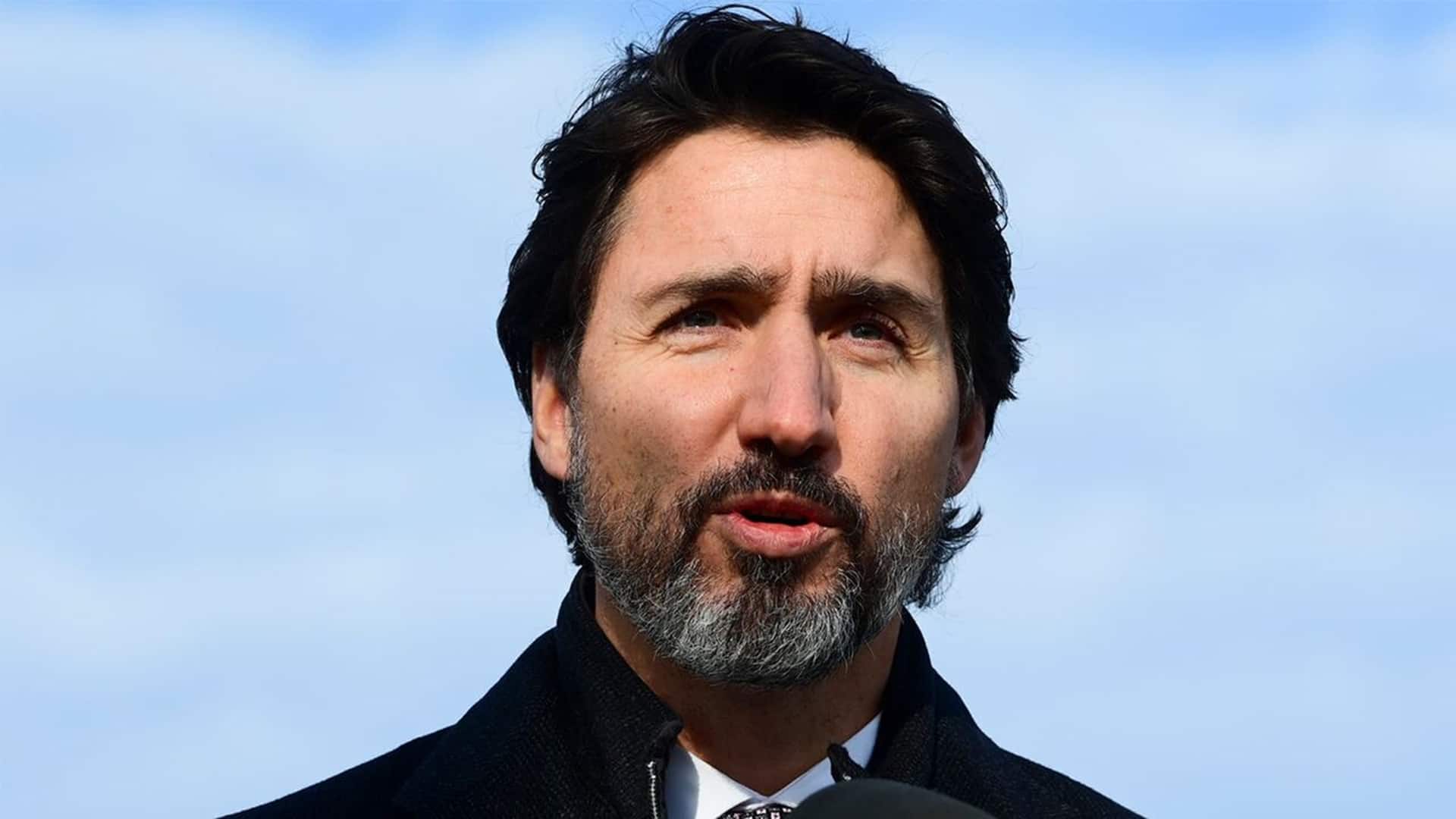 Nine months into the COVID-19 pandemic, the government has yet to reveal all the details of where billions of dollars in pandemic aid has gone. Only a few federal departments have released information about which individuals, groups or companies have received government money.

Increased transparency strengthens analysis, debate and accountability. According to OECD best practices on budgetary governance, not only do Parliaments play a key role in authorizing budgetary decisions and holding the government to account, they should “provide for an inclusive, participative and realistic debate on budgetary choices by offering opportunities for the parliament and its committees to engage with the budget process at all key stages of the budget cycle, both ex ante and ex post.”

According to the 2020 Fall Economic Statement (FES), program spending will increase to $642 billion in 2020-21 from $363 billion in 2019-20. This increase in spending includes an estimated $275 billion in pandemic-related fiscal supports. While much of the estimated increase reflects outlays related to two large programs – the Canadian Emergency Response Benefit for households, and the Canadian Emergency Wage Subsidy for business – there are more than 90 programs in the COVID-19 economic response strategy.

This increased spending necessitates improved transparency – not less. However, the government isn’t making it easy to follow where all that money is going and who benefits.

The fiscal updates focus on forward-looking estimates for spending. There is limited disaggregated administrative data related to people, sectors and regions, and virtually no data and analysis on the monthly flow of supports.

The missing information is critical for elected representatives trying to explain spending to constituents. 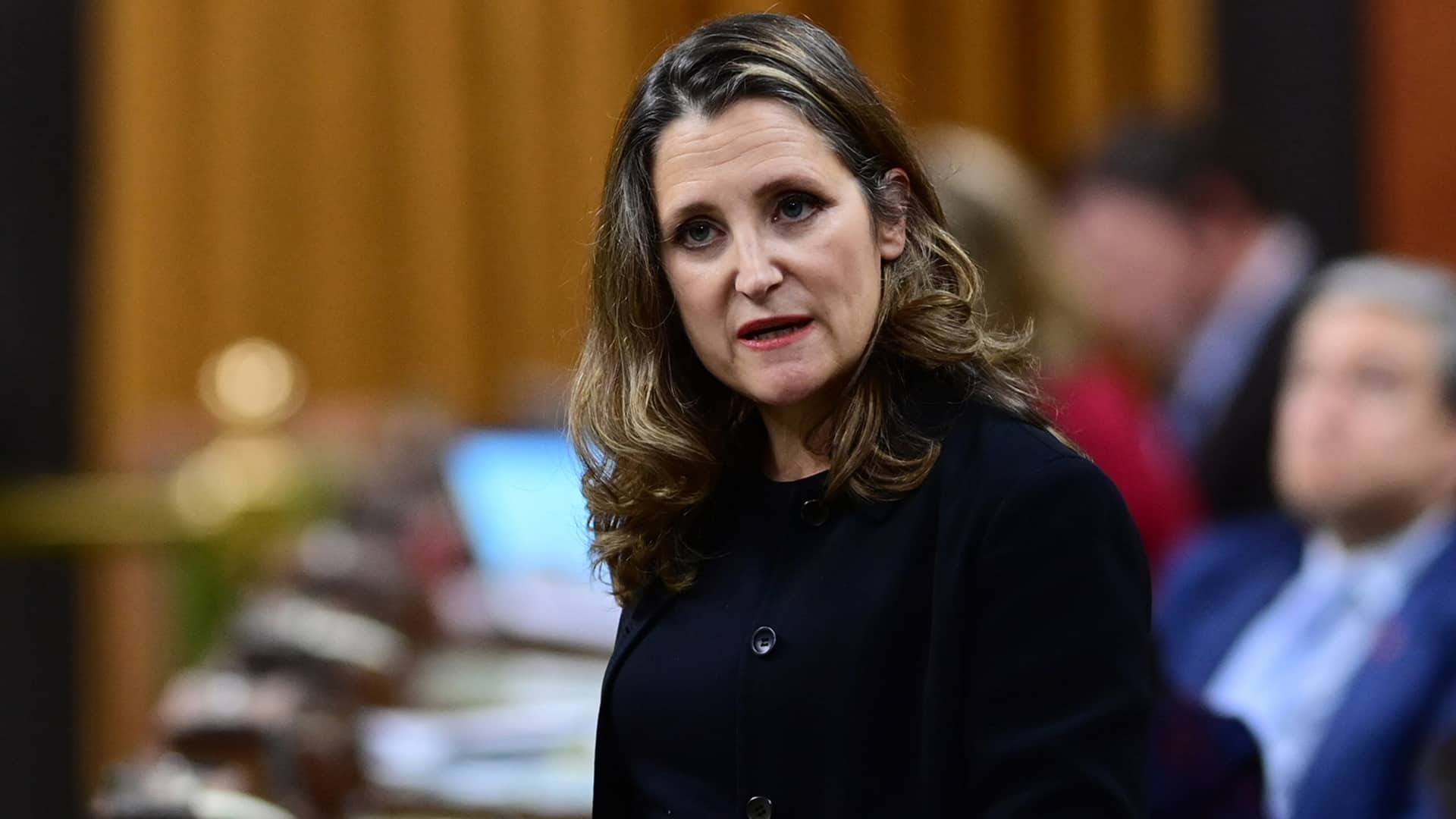 The government unveiled a record deficit of $381 billion in its fiscal update, along with spending plans for more pandemic relief and a huge stimulus plan to jolt the economy post-pandemic.

Despite the massive increases in government expenditures during the pandemic, the latest fiscal updates have been business-as-usual, except the documents are larger. The July and November updates were 170 and 220 pages respectively, and the important macro-fiscal information remains largely buried in the annexes with the debt management strategy. There is uncertainty-analysis with respect to the evolution of the virus (which is good), but no alternative scenarios for changes in interest rates (which is bad).

The government is controlling the messaging around its spending, while failing to provide the information necessary for the public to evaluate it.

Try figuring out the program-by-program spending increases associated with announcements before the November update versus new announcements, for example. The money trail is easily lost. The documents are essentially unreadable for the majority of citizens.

To use a phrase developed by Professor Balkin of Yale University, these documents promote “simulated transparency.” They obfuscate by requiring enormous amounts of time and attention to determine what is critical – how much is going to whom, and what the impact is.

The fiscal monitors and the myriad program reports released by government departments should provide critical and timely information on the flow of money. Statistics Canada uses this information, largely provided from monthly balance sheets collected by the Receiver General, to estimate the output and income impacts, with breakdowns for households and businesses. In the current crisis, the problem with the fiscal monitor is that the data on spending flows is aggregated and late (the most recent information is for September). 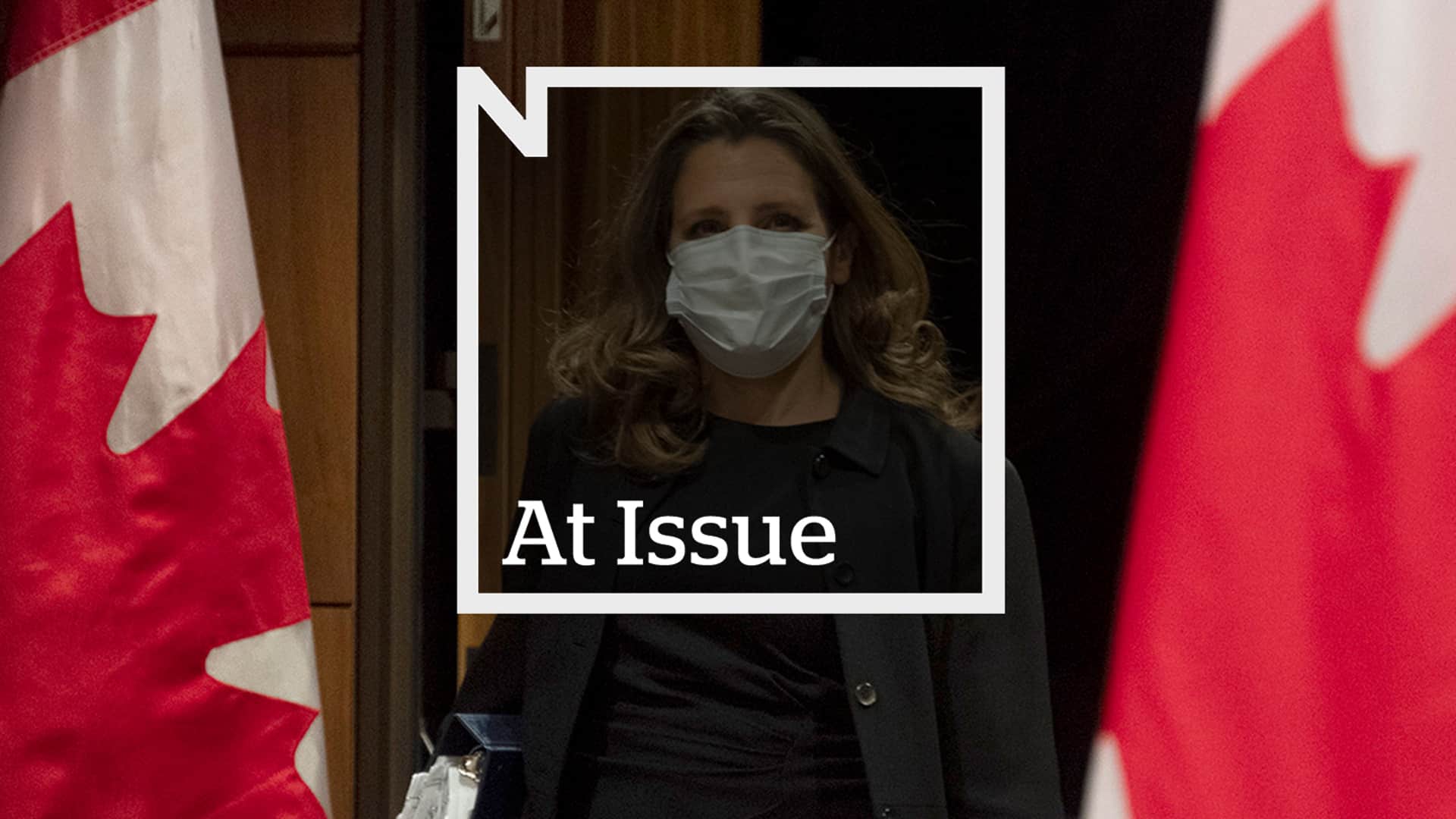 The political messaging in the federal economic update | At Issue

CBC’s At Issue panel looks at the political messaging within the Liberal government’s first federal economic update since the start of the COVID-19 pandemic. Plus, what it could mean for the spring budget and a federal election.

Besides the fact that it’s dated, there are two key challenges with the government’s release of program administrative data. One, good luck finding it. It is not easily accessible and there is no one-stop shopping.

Two, there are gaps.

With respect to timely administrative data, the United States, United Kingdom, and Australia are providing analysis. The U.K. and Australia publish detailed monthly reports explaining their statistics. New Zealand publishes visual representations of the statistics and a separate data file every month. The U.S. has created several interactive and very detailed dashboards explaining information on all government benefits in one location.

Canada does none of this.

If other countries can provide COVID-19 spending information with transparency, analysis, and accessibility, surely Canada can do so as well.

This information should be provided for each benefit at the national and provincial level, with the ability to examine the information further by industry, age group, and gender.

All the data should be updated on a monthly basis, allowing for a maximum two-month lag, which is standard across most countries providing similar reports.

An explanation of the meaning and impact of the statistics included in this COVID-19 benefit dashboard would also make the data presented more meaningful to people who are unfamiliar with statistics. And in addition to the dashboard, all information published should also be available as a raw data file to facilitate analysis by the public. 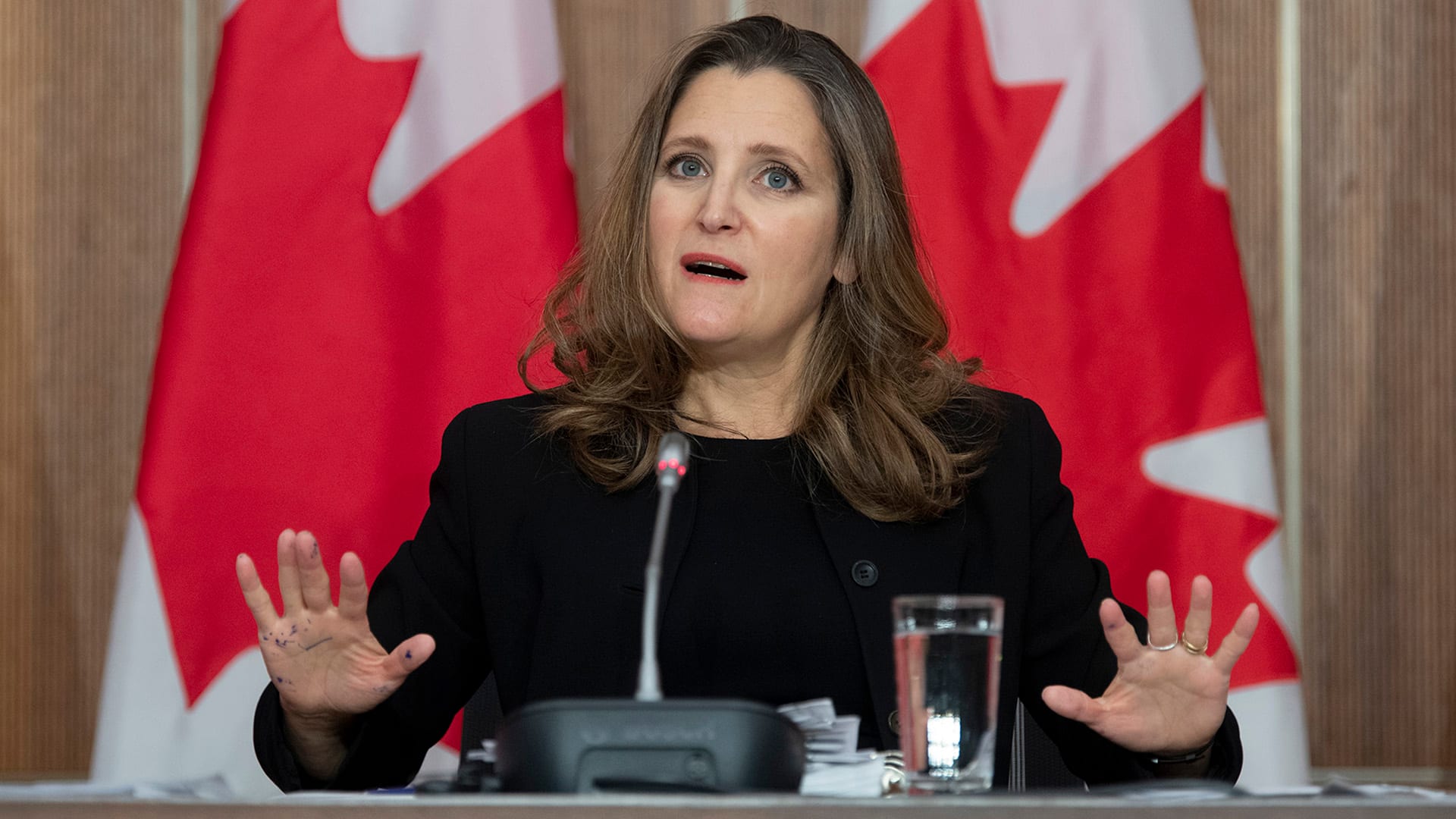 Chrystia Freeland on how pandemic supports will be financed

Finance Minister Chrystia Freeland speaks with Rosemary Barton, CBC’s chief political correspondent, about the federal fiscal update and how the government will continue to provide financial support through the end of the COVID-19 pandemic.

The current format is unwieldy, and the Finance Department has simply made the document thicker in response to increased expenditures. Budgets should look like fiscal plans, but the current versions look like policy communication documents. Canada should consider a separate citizen budget document, as is advocated by organizations like the International Budget Partnership.

The federal government is doing a poor job of fiscal transparency, and this affects all Canadians. Improvements need to be made quickly, and carried forward as the government considers additional spending to support the economic recovery.

There are costs to trust when citizens cannot read and understand their federal budgets. Budget 2021 should take a major step forward in terms of a fiscal transparency reset.

Mother’s Day can bring dread, and these companies are catching on

Toronto As India grapples with a deadly surge in COVID-19 cases, many South Asians in …