The National Science Foundation has released new footage of the collapse of the Arecibo telescope platform, which collapsed Dec. 1 after sustaining irreparable damage earlier in 2020. 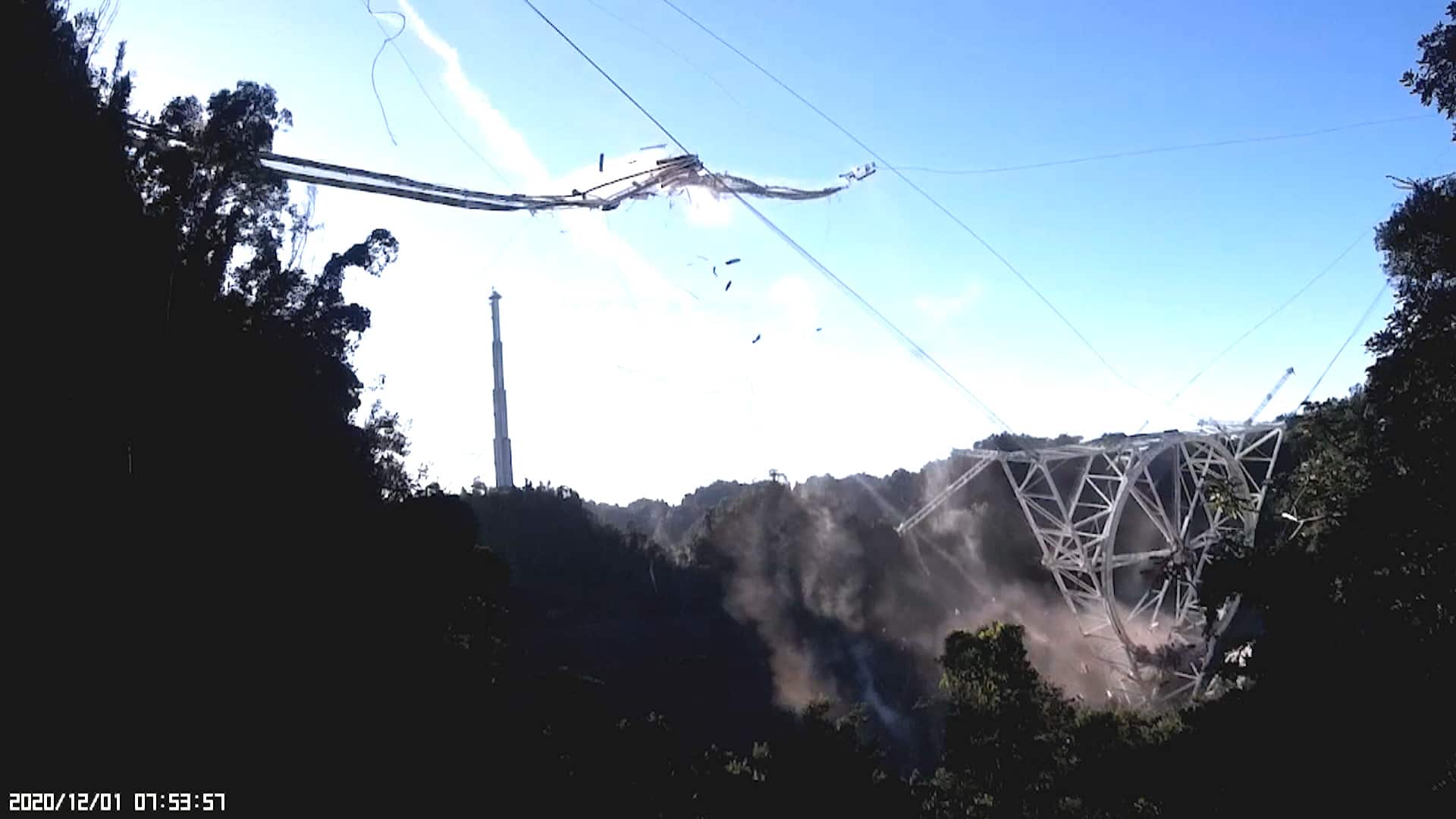 A remote camera and drone caught the massive Puerto Rican Arecibo telescope as it collapsed on December 1. Courtesy of the Arecibo Observatory, a U.S. National Science Foundation facility.

The National Science Foundation (NSF) has released new footage of the collapse of the Arecibo telescope platform in Puerto Rico.

The 57-year-old radio telescope suffered major damage in August when one of the cables supporting the platform snapped. Another cable snapped in early November.

Then, on Tuesday, the entire platform came crashing 122 metres onto the dish below.

The telescope has been used to track asteroids on a path to Earth, conduct research that led to a Nobel Prize and determine if a planet is potentially habitable. It also served as a training ground for graduate students and drew about 90,000 visitors a year.

“I am one of those students who visited it when young and got inspired,” said Abel Mendez, a physics and astrobiology professor at the University of Puerto Rico at Arecibo who has used the telescope for research. “The world without the observatory loses, but Puerto Rico loses even more.”

Arecibo has also been featured in movies such as Contact and the James Bond film GoldenEye.

Credit belongs to : www.cbc.ca
2020-12-02
AtinitoAdmin
Share
Previous Warner Bros. to release all 2021 films to HBO Max, theatres at same time — but only in the U.S.
Next Nova Scotia’s Tree for Boston officially lit Thursday night

‘This was the way to do it’— towns, First Nations, logging companies join up to manage Temagami forest

Astronomers discover huge exoplanet has the density of cotton candy

COMMENTARY: How blockchain can help the world meet the UN’s goals for higher education