One of Saudi Arabia’s most prominent women’s rights activists was sentenced on Monday to nearly six years in prison under a vague and broadly worded law aimed at combating terrorism, according to state-linked media. 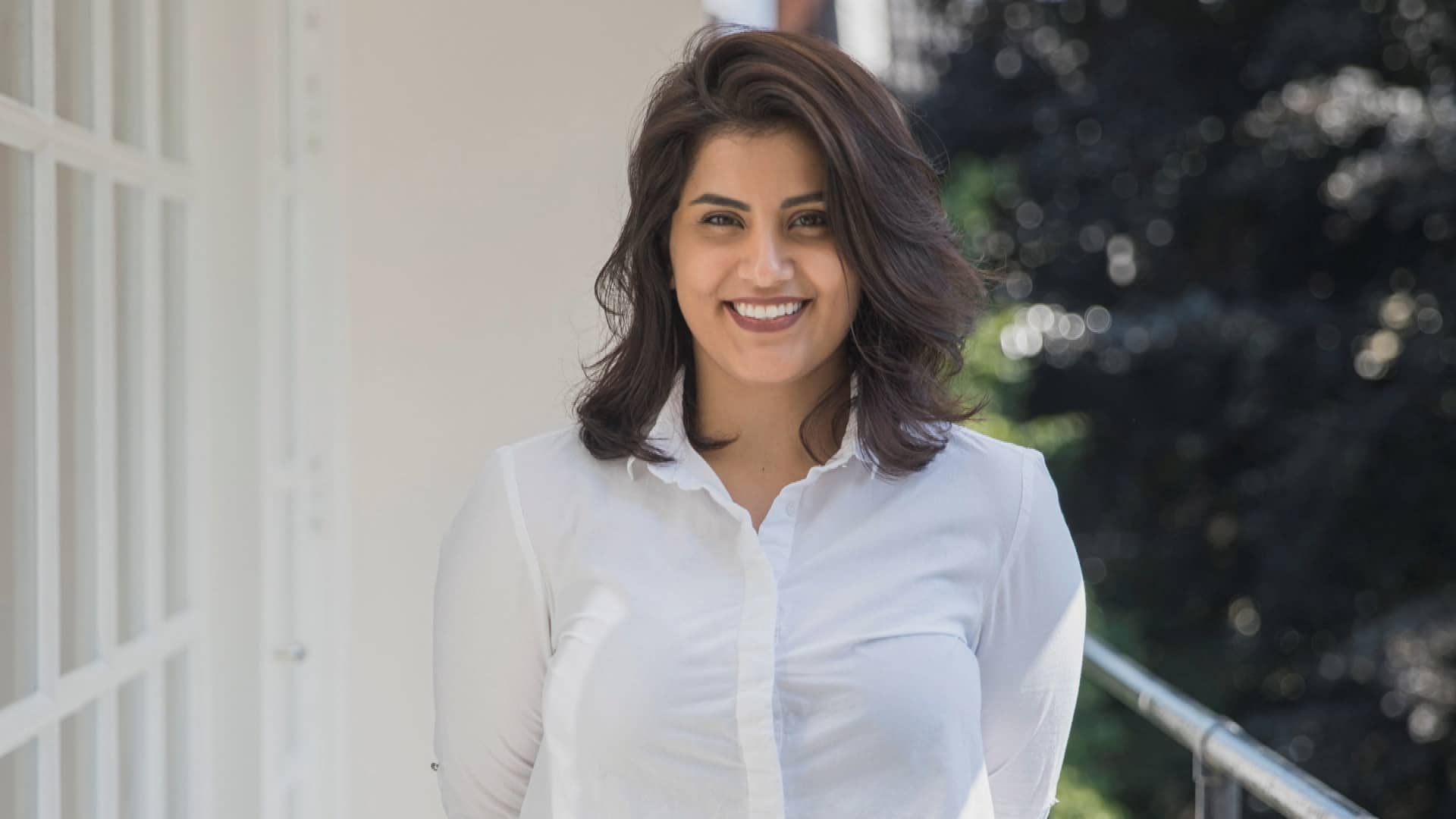 A Saudi court has sentenced women’s rights activist and University of British Columbia graduate Loujain Alhathloul to almost six years in jail under a wide-ranging anti-terror law. Associated Press reporter Aya Batrawi spoke to CBC News from Dubai about what the conviction means.

One of Saudi Arabia’s most prominent women’s rights activists was sentenced on Monday to nearly six years in prison under a vague and broadly worded law aimed at combating terrorism, according to state-linked media and her family.

Loujain Alhathloul’s case, and her imprisonment for the past two and a half years, have drawn international criticism from rights groups, members of the U.S. Congress and European Union lawmakers. Alhathloul, whose family members in Canada have been advocating for her release, is a graduate of the University of British Columbia who lived in Canada for five years.

State-linked Saudi news outlet Sabq reported that Alhathloul, 31, was found guilty by the kingdom’s anti-terrorism court on charges of agitating for change, pursuing a foreign agenda, using the internet to harm public order and co-operating with individuals and entities that have committed crimes under anti-terror laws.

She has 30 days to appeal the verdict.

“She was charged, tried and convicted using counter-terrorism laws,” her sister, Lina Alhathloul, said in a statement.

“My sister is not a terrorist, she is an activist. To be sentenced for her activism for the very reforms that MBS and the Saudi kingdom so proudly tout is the ultimate hypocrisy,” she said, referring to Saudi Crown Prince Mohammed bin Salman by his initials.

“We understand that early release is possible and advocate for it. True to our democratic values and principles, Canada will always stand with human rights activists and defenders, around the world,” Angela Savard told CBC News in an email.

The U.S. State Department did not immediately respond to a request for comment.

Saudi Arabia’s sentencing of Loujain al-Hathloul for simply exercising her universal rights is unjust and troubling. As we have said, the Biden-Harris administration will stand up against human rights violations wherever they occur.

Another Saudi women’s rights activist, Maya’a al-Zahrani, was issued the same sentence for a similar list of charges by the Specialized Criminal Court, which tries terrorism cases, according to local media reports issued on Monday.

Both women have 30 days to appeal the verdicts.

Alhathloul was among a handful of Saudi women who openly called for the right to drive before it was granted in 2018 and for the removal of male guardianship laws that had long stifled women’s freedom of movement and ability to travel abroad.

She was arrested for the first time in 2014 while attempting to drive across the border from the United Arab Emirates — where she had a valid driver’s licence — to Saudi Arabia. She spent 73 days in a women’s detention facility, an experience she later said helped shape her campaigning against the kingdom’s male guardianship system.

Loujain Alhathloul, a Saudi women’s rights activist who studied in Canada, has been imprisoned for the past two years. And now, her family, who used to be able to talk to her regularly, hasn’t heard from her in seven weeks. Today, the CBC’s Michelle Ghoussoub joins us to talk about how Alhathloul became one of the most prominent faces in the struggle for women’s rights in Saudi Arabia, what her continued detention says about social reforms under the Saudi regime, and what her family thinks her silence means.25:34

In 2016, a year after she became one of the first women to stand for municipal election in Saudi Arabia, she was among 14,000 signatories on a petition to King Salman calling for an end to the guardianship system. The kingdom eased guardianship laws last year, allowing women to apply for a passport and travel freely.

In March 2018, Alhathloul was arrested in the UAE, where she was studying, and forcibly flown to Riyadh, where she was held under house arrest before being moved to prison in May, rights groups say. She was among at least a dozen other women’s rights activists arrested.

In a statement on Twitter, the UN human rights office said the conviction and sentence handed to Alhathloul, “already arbitrarily detained for 2½ years, is also deeply troubling.” The office urged her early release as a “matter of urgency.”

<a href=”https://twitter.com/hashtag/SaudiArabia?src=hash&amp;ref_src=twsrc%5Etfw”>#SaudiArabia</a>: Conviction and 5yrs 8 month sentence handed down to prominent women’s rights campaigner <a href=”https://twitter.com/hashtag/LoujainAlHathloul?src=hash&amp;ref_src=twsrc%5Etfw”>#LoujainAlHathloul</a>, already arbitrarily detained for 2 ½ years, is also deeply troubling. We understand early release is possible, and strongly encourage it as matter of urgency.

Her family has called on the Canadian government to be more aggressive in holding Saudi Arabia’s human rights violations to account. Alhathloul has told her family she has been held in solitary confinement and suffered electrocution, flogging and sexual assault.

Alhathloul rejected an offer to rescind her allegations of torture in exchange for early release, according to her family. A court recently dismissed her allegations, citing a lack of evidence.

A rights group called Prisoners of Conscience, which focuses on Saudi political detainees, said that Alhathloul could be released as early as the end of March 2021 based on time served. She has been imprisoned since May 2018 and 34 months of her sentencing will be suspended.

The judge ordered her to serve five years and eight months in prison for violating anti-terrorism laws, according to Sabq, which said its reporter was allowed inside the courtroom during Monday’s session.

Alhathloul’s family said in a statement she will be barred from leaving the kingdom for five years and required to serve three years of probation after her release.

With files from CBC News and Reuters

Previous Janine Gutierrez to transfer to ABS-CBN?
Next Stronger peso persists towards yearend as remittances pour in