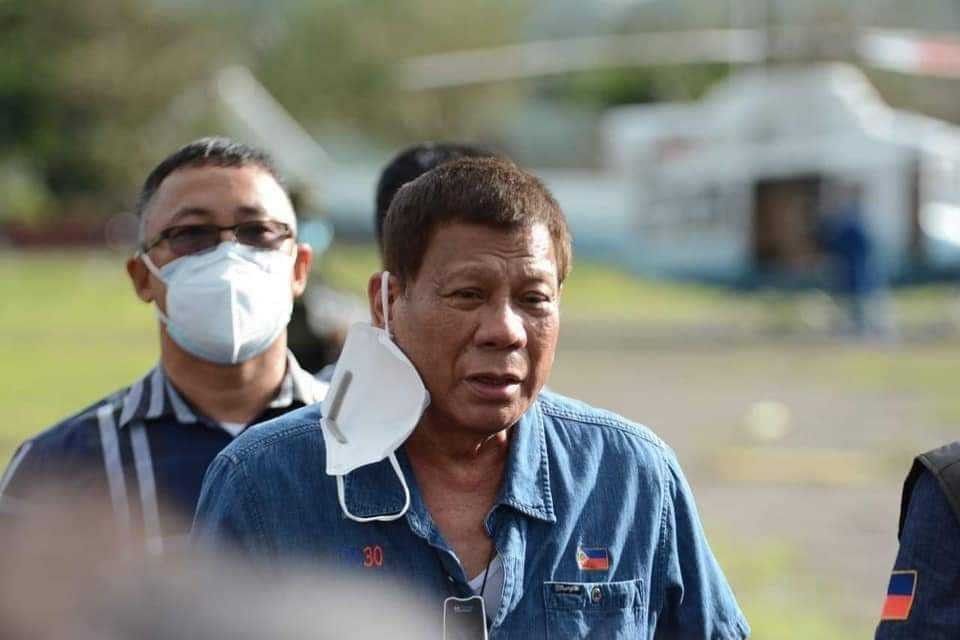 President Rodrigo Duterte speaks to victims of Super Typhoon ‘Rolly’ in his visit in Guinobatan in Albay.

MANILA, Philippines — Groups who want to have copies of President Rodrigo Duterte’s statement of assets, liabilities and net worth should comply with the rules set by the ombudsman, Malacañang said Tuesday, even if the chief executive has affirmed the right to access to information.

Some critics reacted to the statement by challenging Duterte to release his SALN, arguing that he cannot fight corruption if he is not transparent.

Asked whether Duterte would heed fresh calls for him to make public his SALN, presidential spokesman Harry Roque said: “You know, the ombudsman already has procedures.”

Ombudsman Samuel Martires has restricted access to the SALN’s of officials, saying the document has been “weaponized” and has become a tool for extortion. The document can only be released if the official who filed it or his representative makes a request; if ordered by the court in relation to a pending case; and if the request is made through the Office of the Ombudsman’s field investigation office to conduct a fact-finding probe.

Various groups have criticized Duterte for not releasing copies of his SALN for 2018 and 2019.

‘Who will come next?’: De Lima questions death of witness Vincent Sy from cardiac arrest

The Philippines has logged over 8,000 new coronavirus infections for two consecutive days as the …