RCMP say the search along a stretch of Nova Scotia shoreline for the fishermen from a scallop vessel that federal officials say sank in the Bay of Fundy has been suspended Thursday because of the impending storm. 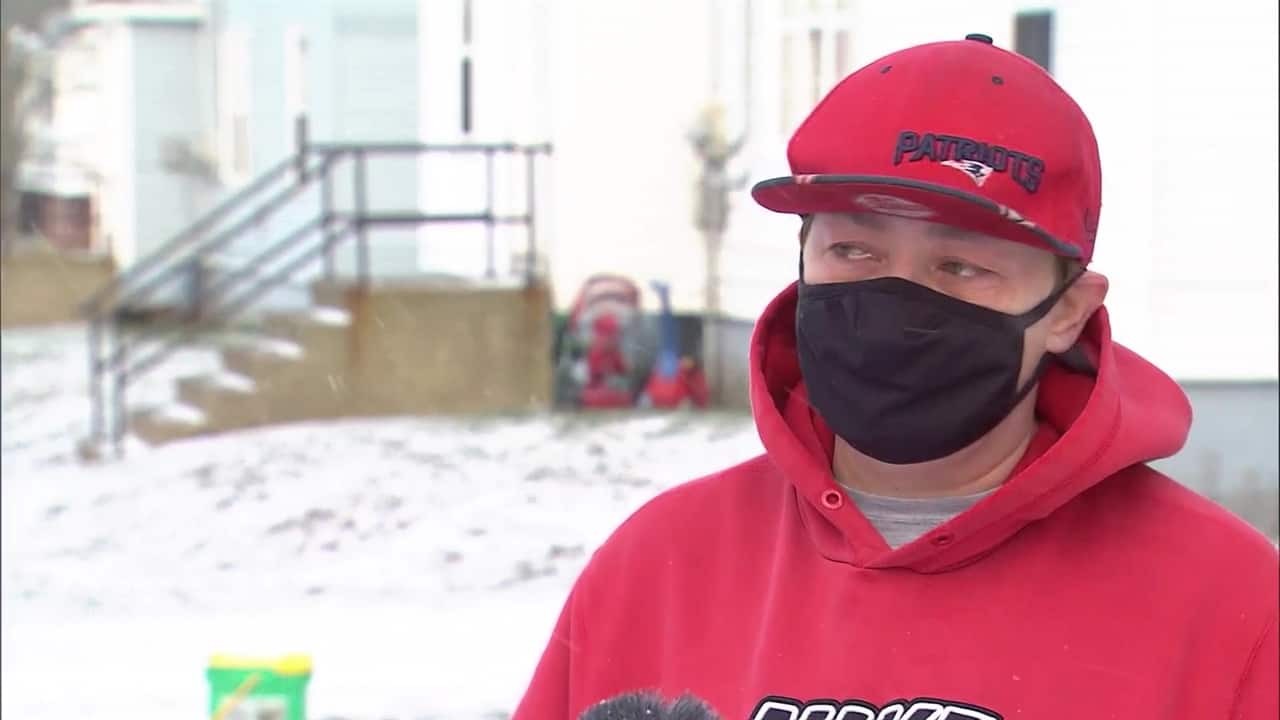 The tragic situation with a missing scallop vessel is being felt heavily in Yarmouth. Many of the men on board the Chief William Saulis called the town home. The CBC’s Taryn Grant was in the community speaking to friends and loved ones.

RCMP say the search along a stretch of Nova Scotia shoreline for the fishermen from a scallop vessel that federal officials say sank in the Bay of Fundy has been suspended Thursday because of the impending storm.

Sgt. Andrew Joyce said ground and water searching will not take place. The decision will be revisited on Friday morning.

Environment Canada has issued a snowfall warning for most of southwest Nova Scotia on Thursday, with 15 to 25 centimetres expected to fall.

Regrettably, based on the results of the search over the last 36+ hours, a search covering over 260 sq NM by sea and air, and the environmental factors, the search for the six missing fishers has been suspended.

“At this time, due to the conditions and the circumstances, the police believe this to be a recovery operation and are hoping, of course, for something different, but at this point it appears to be recovery as opposed to rescue,” said Joyce.

For 36 hours over Tuesday and Wednesday, crews worked around the clock from the sea, air and shore to try and find any trace of the vessel and those on board, as families and community members anxiously waited for any news.

One body was recovered on Tuesday night, but has not yet been publicly identified.

The six men on board the boat were Aaron Cogswell, Leonard Gabriel, Dan Forbes, Michael Drake, Eugene Francis and Charles Roberts, the captain of the vessel.

A news release from the Nova Scotia RCMP on Wednesday said the ground search will be conducted during daylight hours, spanning a 55-kilometre stretch of coast between Delaps Cove and Margaretsville.

The Transportation Safety Board said it is also sending a team to investigate.

The Chief William Saulis sent out an emergency beacon around 5:51 a.m. AT on Tuesday near Delaps Cove. Later that morning, debris was spotted from the air and two life rafts washed ashore. No one was found on the rafts.

The JRCC said the search covered 480 km by sea and air over 36 hours. A CP-140 Aurora Maritime Patrol Aircraft, Cormorant helicopter and Hercules aircraft from CFB Greenwood, along with three coast guard ships, helped with the search, facing bad weather throughout the week.

“Obviously, we were at least fortunate to find one of the individuals, sadly deceased, but that gave us some information as he wasn’t wearing a flotation device.

“But all of that information comes together for rescue teams to make sometimes a hard decision, but a decision nonetheless to look at the factors and determine when a search no longer will potentially find individuals.”

Earlier this week, a fisherman from Yarmouth told CBC Radio’s As It Happens that the crew would have had survival suits and life jackets on board, but he believes most of the men would have been in their bunks when the boat ran into trouble.

A statement from the company that owns the vessel, Yarmouth Sea Products Ltd., said “all required maintenance and inspection of safety equipment was current and up to date.”

“There appears to have been an unknown event causing the vessel to capsize as no distress call is known to have been made,” the statement reads.

Donations pouring in for families

Alain d’Entremont, president of the Full Bay Scallop Association, which represents the majority of licence and quota holders in the Bay of Fundy inshore scallop fishery, said in a statement on Thursday that the association has started to collect funds internally to be provided to the families.

“Early on, member companies have already committed to donate over $60,000, with more donations expected to come,” the statement reads. Donations have come from companies, individuals and vessels.

“The entire fishing industry realizes that when it comes to this tragedy it could have been any of our vessels, ourselves, our captains, our crews or our families in their place.”

Many fishermen headed back out on the water in poor weather conditions to search for their lost colleagues, as well as help comb the shoreline.

‘Our hearts do go out to them’

The fishing industry is one of the most dangerous in Canada, with 63 deaths on fishing vessels across the country between 2011 and 2017.

Seventeen people died aboard fishing vessels in 2018, including seven in Nova Scotia waters. The Transportation Safety Board of Canada said it was the deadliest year in more than a decade.

Owens said JRCC will not be involved in the search unless called back by the RCMP if new information comes to light. All the aircraft and vessels have returned to their home bases and ports, he said.

“Our sincere condolences go out to the family, friends and community of these men,” he said.

“Certainly this is not the time of year to have such news and our hearts do go out to them. And we wish them the best as they try to cope and recover during this period.”

“We were devastated to hear that Geno was among those on board and our thoughts and prayers are with his family and all the families, both Indigenous and non-Indigenous, who are impacted by this tragic event,” Robinson said.

She said the captain, Charles Roberts, had fished with Acadia First Nation for many years and was a “dear friend of the community.”

“These six men held important roles in the lives of those near and dear to them. Our hearts are broken, but we will fondly remember them and the impact they had on our lives,” she said.

After a year of pandemic prudence, Canadians likely eager to spend the billions saved

Kids who didn’t take to online learning are falling behind. Here’s what parents can do