The body of one of the fishermen aboard a scallop vessel that went missing in the Bay of Fundy off the coast of southwestern Nova Scotia Tuesday has been found, while the search continues for the other five fishermen who were on board the boat. 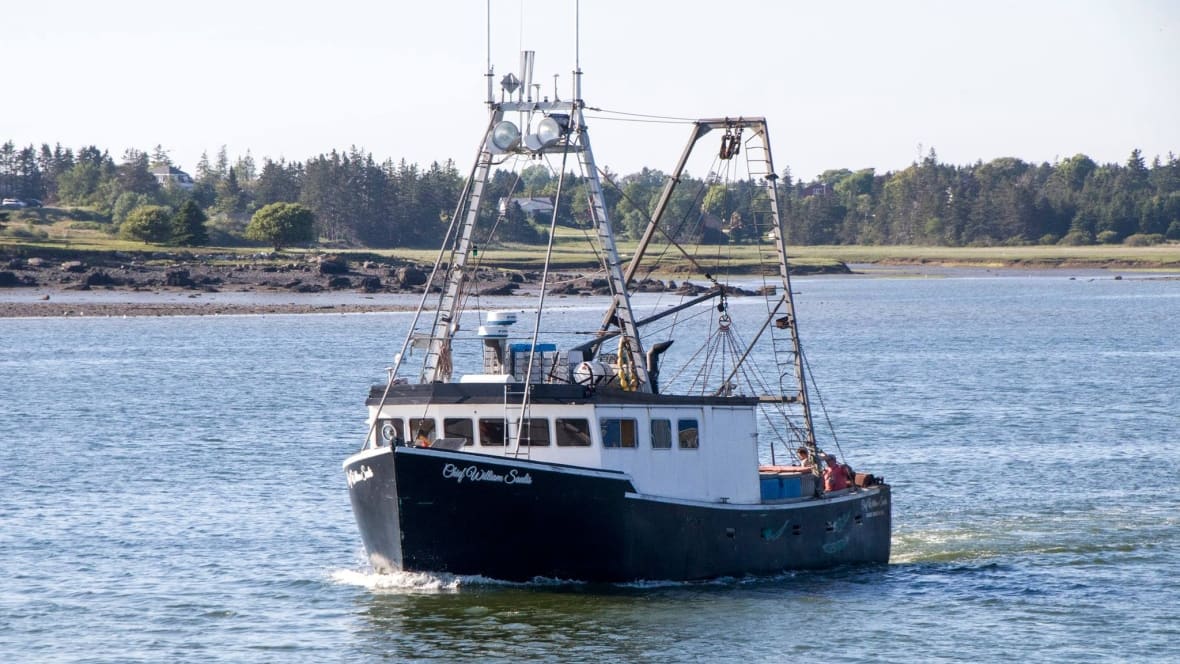 Search underway for missing fishing vessel off coast of N.S.

A desperate search is underway tonight in the Bay of Fundy as searchers are trying to track down six fishermen who were on board a scallop vessel. CBC’s Preston Mulligan reports.

Searchers found the body of a crew member from a scallop vessel that went missing in the Bay of Fundy off the coast of southwestern Nova Scotia Tuesday, as teams combed the air and shores for five other missing men.

“Our thoughts and sincere condolences go out to the family,” the JRCC tweet said. It’s unclear when the body was found or where. Next of kin have been notified.

The emergency beacon was activated for the missing vessel, Chief William Saulis, Tuesday morning. The JRCC said the emergency signal came in at 5:51 a.m. AT near Delaps Cove, N.S.

A Cormorant helicopter and a Hercules aircraft from CFB Greenwood and three coast guard ships were dispatched to help with the search, which is being hampered by bad weather.

Debris was spotted from the air around 8:22 a.m. Two life rafts washed ashore but no one was on board, said Lt.-Cmdr. Brian Owens, with the JRCC.

“We’re going to continue the search into the rest of the evening and as long as it takes to make sure that we make all possible attempts to find these individuals,” he said.

At 5 p.m. on Tuesday, he confirmed that the search would continue throughout the night. Ground search and rescue personnel are also supporting efforts from shore.

“We certainly do hope we find them and we will continue until we don’t,” he said, adding that the sea was above two metres with winds over 30 knots from the northwest, pushing toward the shoreline.

“Certainly conditions were not favourable for smaller vessels. So it does make the searching difficult to see objects in the water. But from the air … we are able to search a large area and track down where these individuals are.”

Phil Carty, who runs a boat out of Digby, N.S., says he knows the captain of the missing vessel, Charles Roberts, well.

“I won’t call him fearless, but it seemed like the weather didn’t affect him too much,” said Carty, who drove to the area hoping to help in any way he could.

“I’ve been on the beach. I found a first aid kit out of his life raft and the life rafts are on the shore … it’s a hard hit. We are a community of fishermen, so it’s sad to see this,” Carty said.

“But on the same note, we take a chance every trip, regardless of the conditions … Stuff can still happen.”

Carty said the weather was worse than forecasted and he heard the ship was headed for Digby from Chignecto Bay in a strong northwest gale.

Jacob Jacquard, a fisherman in Yarmouth, N.S., has been anxiously waiting for updates all day.

“It’s hard on me. It’s hard on my family. We knew a lot of the guys on that boat,” Jacquard said in an interview with CBC’s As It Happens Tuesday.

“I fished on that boat myself most of last year … three weeks ago the captain called me asking if I wanted to go scalloping with him.”

Jacquard said the crew would have been coming into shore with a full load of scallops when the distress signal was sent.

“It was a really good sea boat,” he said. “That’s why we’re all trying to piece it together of what happened, why it went down. I’ve been on that boat in rougher seas than last night. It would have been really scary. I believe most of the guys would have been in their bunks sleeping.”

Angela Burnie, a member of the Hillsburn United Baptist Church, which is near Delaps Cove, said the church set up space for first responders to get warm, get some food and use the washroom.

Burnie said she was feeling “kind of overwhelmed.” She said it was windy and “bitter cold” in the area Tuesday, and it’s not a good feeling to hear a search like this is underway in her community.

“Normally the outcome is never all that great,” she said. “We just pray they watch over all the rescuers and hope good comes of this,” she said.

“You know what’s going through my head, it’s almost Christmas. These men have been on the water, they’re cold, and something has happened catastrophic,” he said. “My heart goes out to their families and friends and loved ones on this day.”

Emma Davie is a reporter, web writer and videojournalist in Halifax. She loves listening to, and telling stories from people in the Maritimes. You can reach her at emma.davie@cbc.ca.