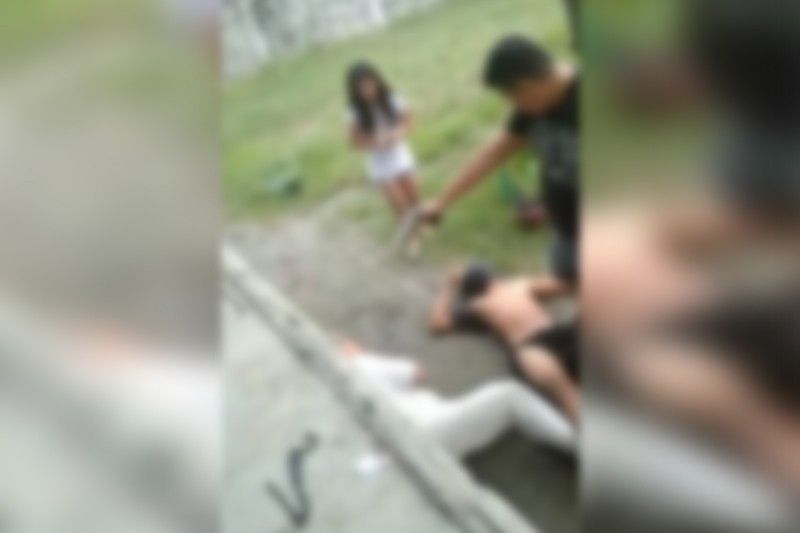 Nuezca was seen on video shooting two people in the head over an argument.

MANILA, Philippines — Members of Congress on Monday called for inquiries on the recent killing of Sonya and Frank Gregorio by a cop in Paniqui, Tarlac that has met outrage from public from a police force that has figured in a series of controversies this year.

Six senators in a resolution said there is a need to "identify gaps in law enforcement" and break free from a culture of impunity with the latest in the string of murders being that of the mother and child who were shot dead by SMSgt. Jonel Nuezca, as caught in a video that had circulated on social media.

The call for a probe from the upper chamber noted that at least fifteen individuals had been killed in just six months, from July to December, "exacerbated from the fact that justice remains elusive for the victims and their families."

By Monday afternoon, Nuezca was indicted and charged by Tarlac City prosecutors for two counts of murders. It was also reported that before the incident, he had already faced previous criminal and administrative charges.

Other leaders of the chamber, Senate President Vicente Sotto III or President Pro Tempore Ralph Recto including Judiciary Committee Chairman Richard Gordon have yet to comment on the Paniqui shooting.

In the House of Representatives, the Makabayan bloc is urging the Committee on Human Rights to also probe into the incident which they noted is "not the first time the country witnessed PNP members killing unarmed civilians."

Members of the Caloocan police in 2017 were also caught on CCTV footage on the murder of 17-year-old Kian delos Santos, and were convicted a year later.

Further worsening the killings in the country, they said, is President Rodrigo Duterte's anti-drug war that per police figures, had seen nearly 8,000 dead since the operations were launched since Duterte took helm in 2016.

"The brazen killing of unarmed civilians Sonya Gregorio and her son Frank Anthony by an armed police officer highlights the continuing violence perpetrated by state armed forces against innocent civilians. There is a need to put a stop to police brutality enabled by the culture of impunity plaguing our country," said Representatives Eufemia Cullamat, Carlos Zarate and Ferdinand Gaite (Bayan Muna), along with Arlene Brosas (Gabriela), France Castro (ACT Teachers) and Sarah Elago (Kabataan).

Rep. Ron Salo (Kabayan), vice chairman of the House Committee on Human Rights, said he would support the bloc's initiative, when sought for comment by Philstar.com.

The said killings continue to put a dispute on findings by the US-based Gallup Inc. that the Philippines is among the safest countries in the world this 2020, something that even the president himself was surprised with.

House Speaker Lord Allan Velasco earlier today hit the shooting and said Nuezca "must not go unpunished," but his remarks failed to mention what the chamber he leads could do to put an end to police brutality in the country.

Vice President Leni Robredo is the latest highest official to condemn the shooting in Paniqui, as she said the incident is all but part of a bigger picture on the culture of impunity that has prevailed in the country.

"There will be those who will lay all blame on the person who pulled the trigger, as if he were not part of a larger architecture of impunity," she said. "Despite a clear pattern of brutality and a string of cases that made his propensity for violence apparent, the leadership allowed him to remain in service."

The Duterte administration has since vowed that justice would be delivered to the families of Sonya and Frank Anthony.

But the Palace has also stuck with the reasoning that the incident was only an isolated one, despite the many documented killings involving police now.

In a photo sent to the media, the president was seen viewing the video of the shooting and the public will await what Duterte, who had repeatedly said he will back his police amid drug killings, will say on the matter. — with reports from Xave Gregorio