Suspension of flights from UK extended by two weeks 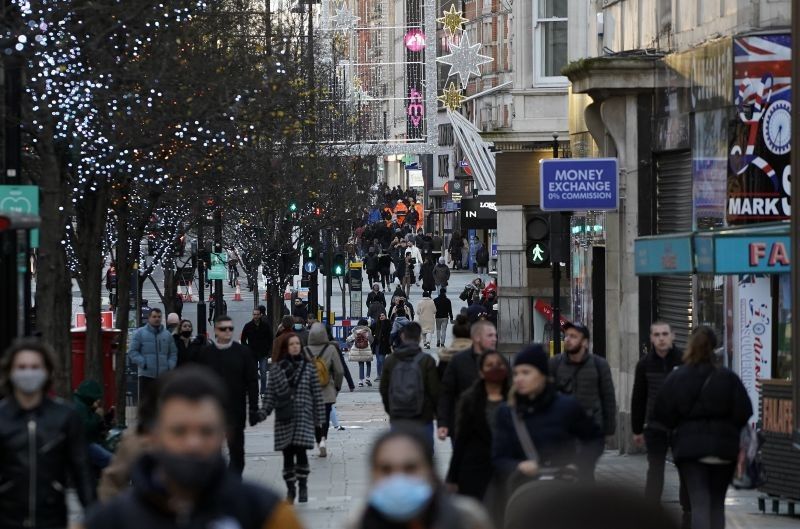 Pedestrians, some wearing a face mask or covering due to the COVID-19 pandemic, walk past closed shops on Oxford Street in central London on December 20, 2020.

MANILA, Philippines — President Duterte approved recommendations to extend the ban on flights coming from the United Kingdom, where a new strain of the coronavirus disease 2019 has been reported, for two more weeks from December 31, the Palace said Sunday.

The suspension of flights was announced on December 23 and initially covered all flights from the UK frim December 24 to 31. Health officials initially said the measure was not necessary yet.

Almost immediately after reports broke of the new strain on December 20, Belgium and the Netherlands imposed similar travel bans of their own. However, the Philippines only followed suit three days later, drawing comparisons with how the government initially resisted calls for a ban on flights from China in January.

“Also approved by President Duterte are the recommendations of the Department of Health for the strict mandatory 14-day quarantine for travelers coming from countries/areas that report the COVID-19 new variant, which include Hong Kong, Singapore, and Australia, regardless of RT-PCR test results,” Roque also said in a statement issued Sunday morning.

He added that “all positive RT-PCR specimens of UK travelers must be forwarded to the Philippine Genome Center, Research Institute for Tropical Medicine, and the University of the Philippines National Institutes of Health, for genome sequencing.”

At Saturday night’s meeting, Health Secretary Francisco Duque told Duterte that a travel ban on other countries would be considered only once community transmission of the new variant has been recorded in that country.

Initial data suggest the new coronavirus strain could be “up to 70% more transmissible,” UK Prime Minister Boris Johnson said over the weekend.

President Rodrigo Duterte also added at the meeting that he intended to form a new task force composed of medical experts to deal with the new coronavirus strain which was first reported in the United Kingdom.

He added that many people in the Philippines, including some members of the military, have already received the Sinopharm COVID-19 vaccine.

The administration of Duterte, who has routinely emphasized that achieving herd immunity through vaccination is the only way out of a pandemic whose spread he describes as inevitable, is looking to inoculate 24.7 million Filipinos in 2021, with Sinovac seen to arrive the earliest by March, and AstraZeneca by the second quarter.

As of this post, the Department of Health’s running case tally stands at 469,005 coronavirus cases around the country since December of last year. Of that number, 28,883 are active cases, or patients who have neither passed away nor recuperated and are still recovering in hospitals or quarantine facilities.

— FrancoLuna with reports from Agence France-Presse