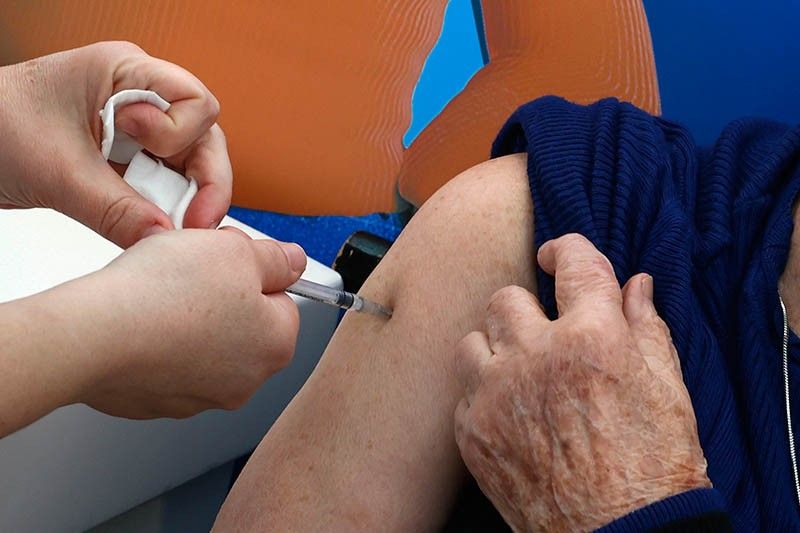 A healthcare worker administers a COVID-19 vaccine to an Israeli woman at Clalit Health Services, in the coastal city of Tel Aviv, on January 3, 2021.

MANILA, Philippines (3rd update; first published 12:34 p.m.) — Over the past few days, local chief executives across the country have already signaled their intent to secure vaccination for their constituents ahead of the rollout of the mass vaccination program by the national government and the Department of Health.

Some have also signed tripartite agreements with AstraZeneca and the national government to procure COVID-19 vaccines, while others have entered talks with other vaccine manufacturers.

It has been 302 days since the first enhanced community quarantine was hoisted over some parts of Luzon, marking the world’s longest quarantine. President Rodrigo Duterte has routinely emphasized that securing a vaccine to achieve herd immunity in the country is the only way forward for Filipinos.

Here’s a running list of local governments who have secured vaccine doses for their localities.

Why does this matter?

The Department of Health for its part maintained on January 4 that only the national government can procure COVID-19 vaccines that will be given emergency use authorization (EUA) by the country’s Food and Drug Administration.

But just three days later, no less than President Duterte approved the rolling out of a tripartite agreement among LGUs, the national government and pharmaceutical firms for the vaccine procurement in recognition of the role of LGUs in the rollout of a national vaccination program to prevent the spread of the virus, according to National Task Force Against COVID-19 chief implementer and vaccine czar Carlito Galvez Jr.

In a statement published early Thursday morning, the Coalition for People’s Right to Health cast fear about the lack of a “fully fleshed-out plan [or] any actually approved or available vaccine in the country.” Lawmakers and local chief executives with the League of Cities of the Philippines have also called for city mayors to have a say on vaccine selection for their localities.

The country’s Food and Drug Administration, which is an attached bureau under the DOH, has not yet approved any vaccine for emergency use, which is a requirement before any vaccine can be rolled out for mass inoculation. American firm Pfizer, British-Swedish drugmaker AstraZeneca and Russia’s Gamaleya have each applied for emergency use authorization as of this post.

“The Coalition is cognizant that national elections are soon coming in 2022, and fears the further politicization of health services, persistently seen prior to and even during this pandemic,” the coalition said in its statement, urging the DOH and the government’s coronavirus task force to also expand the target of vaccinating just 25 million prioritized individuals for 2021 to at least 60% of the population or 66 million people.

This is a developing story. Check back for updates.