A Russian judge remanded Kremlin critic Alexei Navalny in pre-trial detention for 30 days on Monday for violating the terms of a suspended jail sentence, ignoring calls from Western countries to free the opposition politician immediately.

The ruling, which comes a day after police detained him at the airport as he returned home for the first time since being poisoned by a military-grade nerve agent, may be the prelude to him being jailed for years.

Moscow’s prison service has applied to convert a suspended 3½-year embezzlement sentence in the same case, which Navalny says was trumped up, into real jail time later this month.

The United Nations and Western countries told Moscow before the ruling to let Navalny go, and some countries have called for new sanctions after earlier penalties from the European Union in response to his poisoning. Moscow told them to mind their own business. 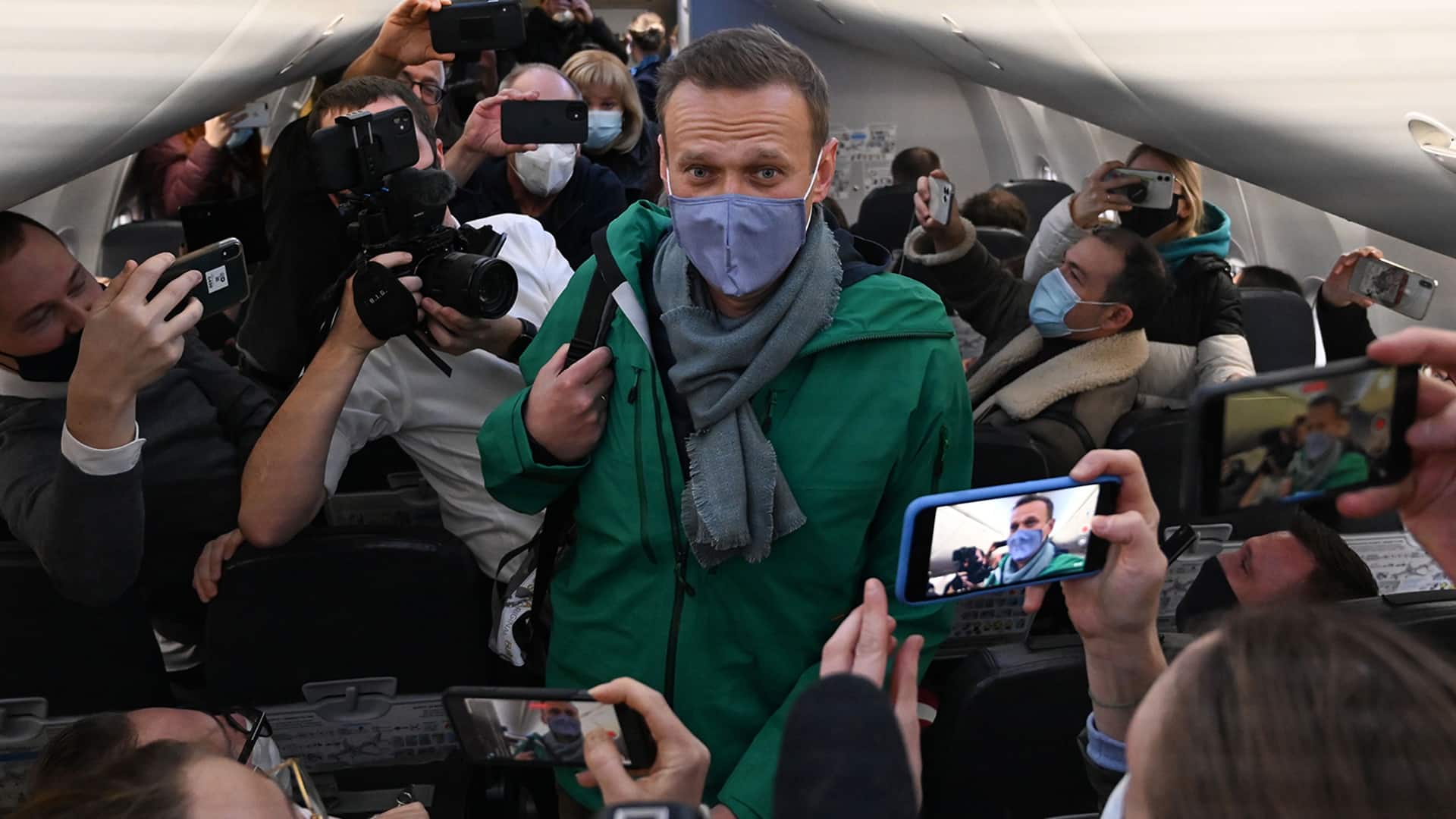 Russian opposition leader Alexei Navalny was arrested upon his return to Moscow from Germany, where he had been recovering from an apparent assassination attempt. Navalny maintains he did nothing wrong and several countries are demanding he be released.

Navalny, in a video released on Twitter after the ruling, urged Russians to take to the streets in protest.

“Don’t be afraid, take to the streets. Don’t go out for me, go out for yourself and your future,” he said.

Leonid Volkov, a Navalny ally, wrote on Twitter that supporters would hold rallies nationwide on Saturday.

Navalny called his treatment illegal under Russian law and lashed out at President Vladimir Putin, accusing him of throwing the criminal code out the window in fear.

The Kremlin did not immediately respond, but it has previously said that the 44-year-old politician must face justice like any other citizen if he has done anything wrong.

Calls for sanctions against Russia

About 200 Navalny supporters had gathered outside the police station in temperatures of –18 C and demanded he be set free, a Reuters witness said.

Four masked police officers detained Navalny at passport control on Sunday evening, the first time he had returned home after being poisoned by what German military tests showed was a Novichok nerve agent, a version of events the Kremlin rejects.

“Respect international law, do not encroach on national legislation of sovereign states and address problems in your own country,” Russian Foreign Ministry spokesperson Maria Zakharova wrote on Facebook. 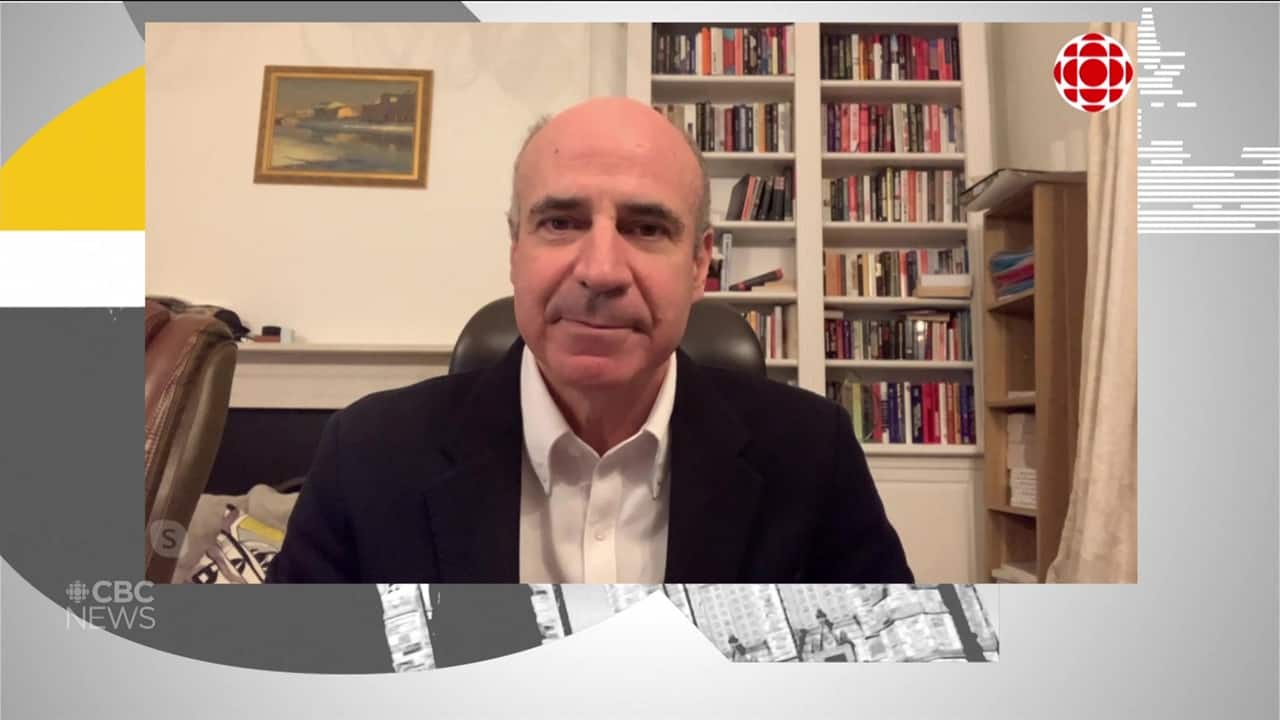 Bill Browder, head of the Global Magnitsky Justice Campaign, is calling on the international community to take action following the arrest and jailing of outspoken Putin critic Alexei Navalny in Russia.

The ruble weakened as investors weighed the risk of new sanctions against Moscow.

The UN’s human rights office called on Monday for the immediate release of Navalny.

“We are deeply troubled by the arrest of Alexei Navalny, and call for his immediate release and for his due process rights to be respected in line with the rule of law,” the Geneva-based rights office said in a statement on Twitter.

Marc Garneau, Canada’s minister of foreign affairs, said Navalny’s detention was “unacceptable,” and he called for his immediate release.

Canada strongly condemns the arrest of Alexei <a href=”https://twitter.com/navalny?ref_src=twsrc%5Etfw”>@Navalny</a> upon arrival in Moscow. Russian authorities must immediately release him. This is unacceptable &amp; we will continue to demand an explanation into his poisoning.

A possible target of any new penalties would be Nord Stream 2, a $11.6 billion US project to build a natural gas pipeline from Russia to Germany. Germany has supported the project, saying it is a commercial venture, and government spokesperson Steffen Seibert said on Monday that had not changed.

Jake Sullivan, one of U.S. president-elect Joe Biden’s top aides, urged Moscow to free Navalny, and U.S. Secretary of State Mike Pompeo said on Twitter he was deeply troubled by Moscow’s decision to arrest the politician.

Russian Foreign Minister Sergei Lavrov told a news conference that Western countries’ expressions of outrage over the detention were designed to distract their own citizens from domestic problems.

He said the Navalny case had gained artificial resonance in the West and that Moscow was unfazed by potential damage to its image.

“We should probably think about our image, but we’re not young ladies going to a ball,” Lavrov told reporters.