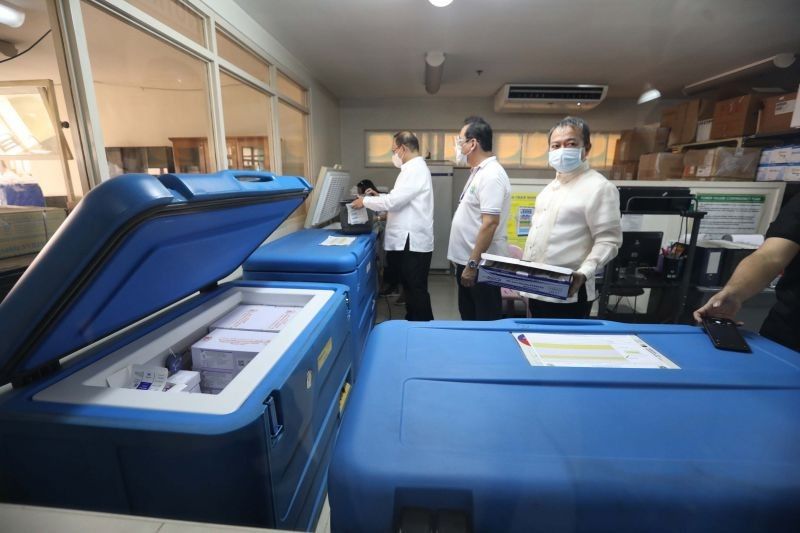 MANILA, Philippines — An opposition lawmaker on Wednesday urged the Duterte administration to resolve issues that would make other COVID-19 brands such as Pfizer unavailable to provinces due to the lack of facilities.

Sen. Risa Hontiveros’ remarks followed after Malacañang said only major cities such as Manila, Cebu and Davao would have access to Pfizer’s doses when it arrives in the country.

Related Stories
Galvez: Deployment of Pfizer, Moderna jabs may only be in central hubs due storage issues
Palace: Other brands for COVID-19 jabs available only by mid-2021
Gov’t urged to call off Sinovac purchase after vaccine shows 50% efficacy in Brazil

Such an admission from Palace spokesman Harry Roque came without offering solutions to the apparent problem in the administration’s vaccination program.

(The Pfizer vaccine needs to be stored at -70 degree Celsius. Meaning, it really cannot be used in the provinces due tot he lack of facilities.)

In a statement, Hontiveros hit the apparent absence of initiatives to address the issue from the Palace’s recent pronouncement, saying those in the provinces are also taxpayers who deserve jabs that are more effective.

(Government sent many back to their provinces at the start of the pandemic. We hope that they would not be left out in the peripheries in the vaccination plan.)

A Philstar.com report in October 2020 detailed how the country ultimately lacks the cold storage facilities for the vaccines, with most of its capacities alloted mostly for food such as meat and dairy.

The health department has since said that more would be built to address storage issues, but it appears that such problem has caught up with the present.

Pfizer reported the highest efficacy rate among candidate vaccines, but apart from the 30 million doses of Covavax, the administration opted for 25 million doses of the Chinese-made Sinovac at 50% effective and the second most expensive, much to the public’s dismay.

Already, it is facing the challenge to earn people’s trust on being vaccinated with nearly a majority saying they were not willing to receive the jabs due to concerns on its safety.

Malacañang, in turn, said there would be no choice of other COVID-19 vaccines until mid-2021, and it has told those on its priority list they would have to wait with the rest of the population should they reject being inoculated with the Chinese-developed jabs.

(Many are already questioning the govenrment’s committment to give Filipinos an option when it comes to vaccines. And because they are pushing for the ‘forfeit on first refusal’ narrative, it appears that they are leaving indigents in the provinces with no choice.)

In a Laging Handa briefing today, vaccine czar Carlito Galvez Jr. said four brands of vaccines could be made available to far flung areas: Sinovac, Johnson and Johnson’s, AstraZeneca’s, as well as the Covovax, as these do not require cold chain storage.

He has also said that the administration would distribute the jabs to areas where local governments do not have the funding to procure vaccines, with many now entering deals with drugmakers.