Lorenzana willing to talk with UP 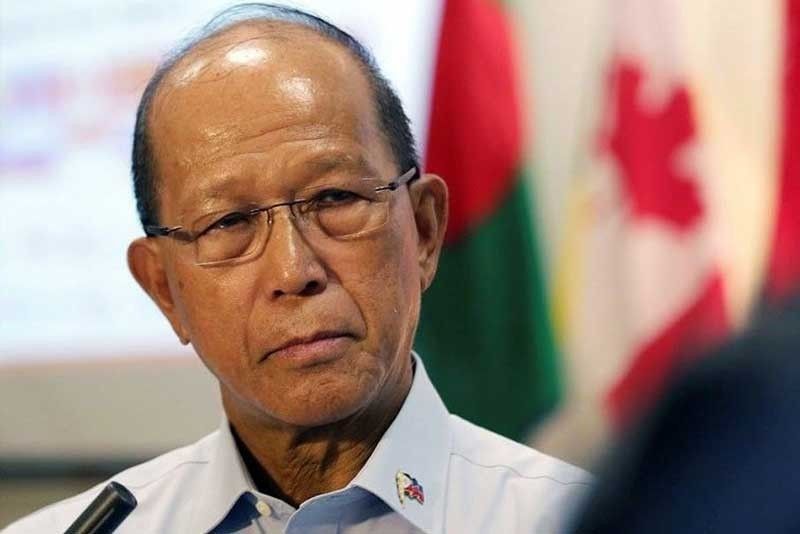 Defense Secretary Delfin Lorenzana said that the UP system would have to explain the alleged involvement of its students in the communist insurgency before he would open talks with the university.

MANILA, Philippines — Defense Secretary Delfin Lorenzana has set one condition before entering into a dialogue with the University of the Philippines, following the unilateral termination of the 1989 UP-DND accord he earlier called “obsolete.”

Lorenzana said that the UP system would have to explain the alleged involvement of its students in the communist insurgency before he would open talks with the university.

“Explain to me: why did they fail to protect these young kids? As a parent, I feel sad for these kids. If they can explain that, we can talk. If not, they can forget it,” he said at a Department of National Defense press briefing yesterday where the DND released the names of 20 former students of UP who died in encounters with state forces.

Lorenzana said these students died in the communist rebellion after they were recruited by front organizations, which he said include the Gabriela party-list, the League of Filipino Students and Makabayan.

“Evidence in our records suggests that communist and terrorist groups have surreptitiously embedded themselves inside UP and are recruiting university students into their illegal organizations under the cover of this agreement,” he added.

Malacañang said yesterday that President Duterte was not consulted on the defense department’s decision to scrap a 1989 agreement but is supportive of the move.

Presidential spokesman Harry Roque said all actions of Duterte’s alter egos, including those of Lorenzana, are also acts of the President.

“As far as I know, he did not. So it was a decision of the DND as privy or a party to that contract between UP and DND. Under the doctrine of qualified political agency, unless revoked by the President, acts of his alter egos are valid and acts of the President as well,” the Palace spokesman told CNN Philippines.

Roque, an alumnus and former professor of UP, also extended his offer to host the talks of both parties, saying that he is ready to facilitate a discussion between defense and university officials.

For his part, the spokesman of the Armed Forces of the Philippines (AFP) defended the DND’s decision to junk the 1989 deal, saying that it violates the rules of court on the implementation of search and arrest warrants.

“What if there were shabu laboratories inside the University of the Philippines?” AFP spokesman Maj. Gen. Edgard Arevalo said, noting that the accord could be used by drug or other illegal syndicates to continue their clandestine operations inside the campus.

“The 1989 agreement is contrary to policy because it is contrary to public interest. AFP and PNP cannot just enter even if they have arrest warrants. This means that we are depriving the public their right to be safe,” Arevalo said at a press briefing.

Sen. Ronald dela Rosa said the abrogation of the UP-DND agreement is long overdue, pointing out that in the past years, the Communist Party of the Philippines (CPP), New People’s Army (NPA) and the National Democratic Front (NDF) have been fooling the government forces through the agreement.

“It is long overdue. The government was fooled by the CPP-NPA-NDF in the last 31 years through that agreement,” Dela Rosa, former chief of Philippine National Police (PNP), said.

Meanwhile, PNP chief Debold Sinas maintained that police will still have to coordinate with school administration before entering UP campuses because of an existing agreement between the Department of the Interior and Local Government (DILG) and the state university.

He was referring to a 1992 agreement between former UP president Jose Abueva and then interior secretary Rafael Alunan III requiring prior notice for policemen before entering UP campuses.

Sinas said he already informed the DILG officials about the agreement during a meeting yesterday morning.

“We have already reported to them that the DILG, PNP also have similar agreement during the time of Sec. Alunan,” he said.

Sinas refused to comment when asked if the PNP also requested the DILG to abrogate its accord with UP. – Alexis Romero, Cecille Suerte Felipe, Emmanuel Tupas