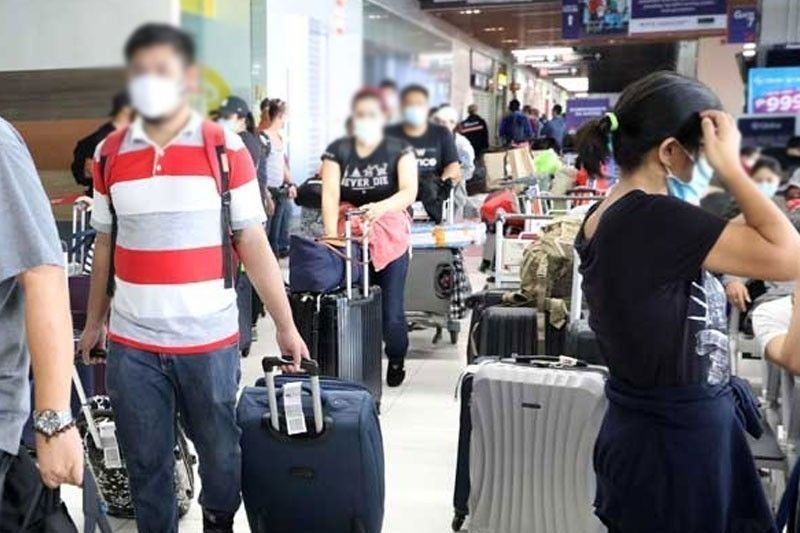 MANILA, Philippines — The Philippines government will be expanding its travel ban in response to the potentially more infectious coronavirus variant to include the United Arab Emirates and Hungary.

The ban on foreign travelers hailing from the two countries will take effect on January 17 and will last until the end of the month.

Malacañang’s announcement of the additional restrictions came two days after health officials confirmed that a man who traveled from the UAE is the country’s first case of the new coronavirus variant.

The UAE had been reporting cases of the new coronavirus variant in December 2020, but Philippine officials are only banning travelers from the Gulf state now.

Prior to adding the UAE and Hungary to the list of countries where the travel ban is imposed, the government extended the existing ban on foreign travelers from the following 32 countries to last until January 31:

Filipinos coming from the countries where travel restrictions are being imposed would still be allowed to enter the Philippines, but they would have to quarantine for two weeks regardless of their COVID-19 test result.

International tourists from countries not on the list would also have to finish a 14-day quarantine after a negative RT-PCR test result at point of entry.

Imposing travel restrictions had been a significant issue in the country over the course of the pandemic, which has seen over 496,000 infections and more than 9,800 deaths.

The government faced criticism around this time last year when Health Secretary Francisco Duque III and President Rodrigo Duterte nixed calls for an early travel ban on foreigners from China, where COVID-19 was first reported, wary that it would look like they were singling out Beijing.

By end-January of 2020, officials reported the Philippines’ first confirmed coronavirus infection: a Chinese tourist from Wuhan, the ground zero of the virus, who traveled to various parts of the country before seeking help.

It was also only a day later that Duterte ordered a travel ban to the Hubei province which includes Wuhan, when the virus already reached the country’s shores.

— Xave Gregorio with a report from Christian Deiparine