Medical staff at a Toronto hospital told a man complaining of excruciating leg pain that he was fine and to go home — forcing him to crawl out of emergency. He believes a serious health disorder was ignored due to his mental illness, a problem mental health experts say is far too common. 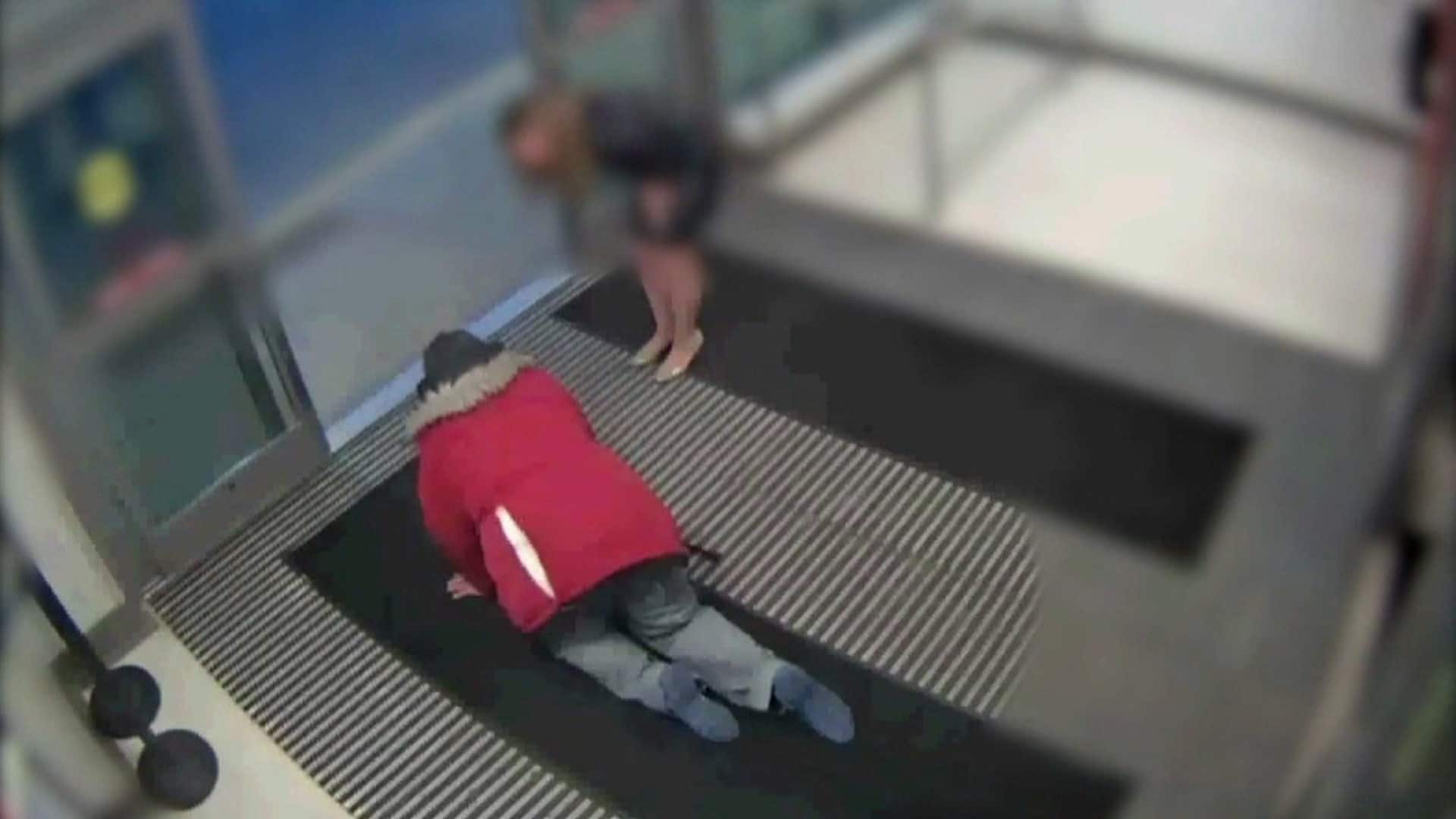 Man crawls out of hospital

David Pontone’s voice still shakes as he recalls having to crawl out of Toronto’s Humber River Hospital on his hands and knees.

“The pain was unbearable,” said Pontone. “To be able to walk properly was impossible.”

It happened on April 18, 2018 but involved a lengthy battle for his family to obtain video footage of the event.

The 45-year-old had gone to emergency, complaining of excruciating pain in his legs.

Pontone also told medical staff he took medication for bipolar affective disorder — a mental illness that causes severe depression and episodes of mania — but that he’d been stable for seven years. He says that disclosure affected his treatment.

“They thought I was faking it because I was bipolar,” Pontone told Go Public. “There are no words to describe what I went through that night.”

One of Canada’s leading psychiatric experts says overlooking serious physical health issues in people who struggle with mental illness is a widespread problem — and that it can severely shorten their lifespans.

“We are failing this population miserably,” said Dr. Vicky Stergiopoulos, psychiatrist and physician-in-chief at the Centre for Addiction and Mental Health (CAMH) in Toronto, Canada’s largest mental health teaching hospital. 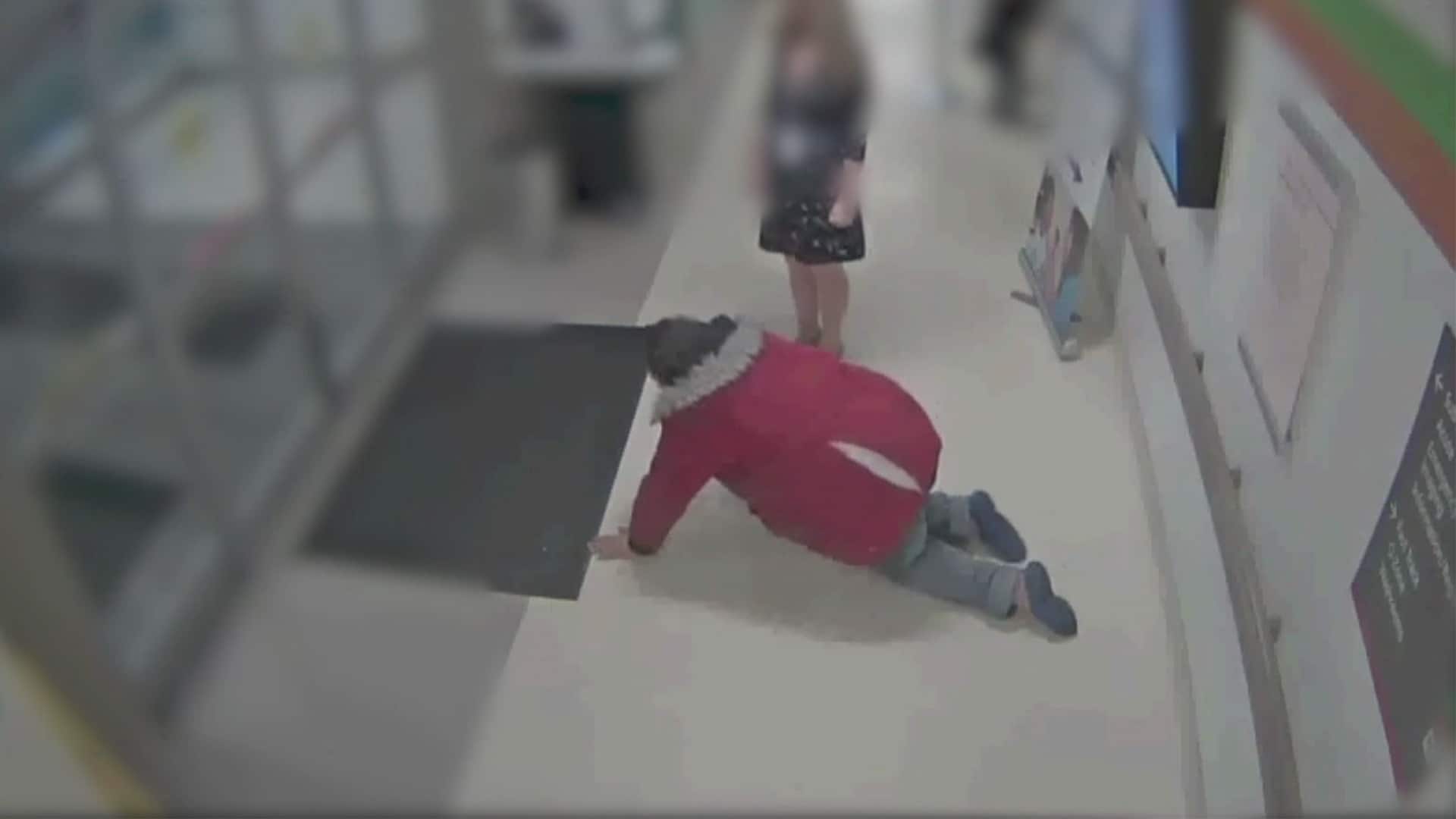 CBC News has obtained surveillance video of a man forced to crawl away from a Toronto-area hospital after being refused treatment. The video has raised questions about how people with mental health issues are treated when they need medical help.

“They go in for a broken leg and get sent to psychiatry to check their head.”

Pontone says he hopes sharing his story will prevent others from experiencing an ordeal like his.

“I was mistreated. Misjudged. It should never be repeated, with any person,” he said.

When Pontone arrived at emergency he was seen by a doctor who ordered an MRI but also referred him to an on-call psychiatrist after learning about his mental illness.

Another note says the reason for Pontone’s visit is “bipolar” — not his inability to walk.

When the MRI didn’t find anything unusual, the psychiatrist discharged Pontone.

“As soon as they got the results … they took off the blankets and started saying, ‘Come on, get up! You’re fine, there’s nothing wrong with you!'” said Pontone.

Video cameras at the exit captured Pontone as he was ordered to leave. The footage shows Pontone lying on the hallway floor, struggling to stand.

As he gets to his hands and knees and crawls toward the exit, a nurse walks next to him, escorting him out. Passersby stop to look at the spectacle, but the nurse encourages Pontone to keep going.

“I’ve always been a gentleman, but I was angry. I felt totally helpless.”

It took Pontone about 20 minutes to reach the exit. A security guard later helped him to a waiting taxi.

He says the doctors had made him think his pain was “all in his head,” so a few days later, he made his way to CAMH, where a psychiatrist immediately determined that his suffering had nothing to do with his mental health.

An ambulance took him to Toronto Western Hospital in downtown Toronto, where a neurologist diagnosed Guillain-Barre Syndrome, a rare disorder in which the body’s immune system attacks the nerves.

Five weeks later, the family met with Humber management. They hadn’t seen the video yet, but chief nursing executive Vanessa Burkoski had screened it and told them she was disturbed by what she saw.

In a follow-up meeting two months later, the family viewed the video for the first time.

“They let him go, like a dog, outside,” said Pontone’s mother, Lucia. “Nobody should be treated like that.”

“It’s hard to understand how the hospital thought this was OK,” said Pontone’s sister Laura. “It was humiliating. It was not OK.”

Pontone wanted a copy of the video, but in spite of Burkoski’s earlier assurances, the hospital now said it couldn’t hand the footage over, in case Pontone unblurred the faces of other people.

The hospital took the matter to Ontario’s Privacy Commissioner, stating it didn’t feel comfortable giving Pontone the video and that a cybersecurity expert would have to be hired for about ten hours to use multi-layered obscuring technology, so Pontone couldn’t unblur the faces later.

The Pontones met with Toronto personal injury lawyer Harrison Cooper, who offered to work pro bono after hearing about his ordeal.

The fight took two years to resolve. The privacy commissioner ruled Pontone could have the footage if basic blurring was done, stating that Pontone had shown no indication he wanted to reveal other people’s faces.

The hospital paid for the blurring and shared the footage.

Go Public requested an interview with a spokesperson for Humber River Hospital, which was declined.

In a statement spokesperson Joe Gorman said the hospital was “deeply troubled” by Pontone’s experience and that the staff involved “were dealt with accordingly.”

Go Public has learned that the nurse who escorted Pontone out of the hospital was fired. Gorman wouldn’t say whether any of the doctors were disciplined.

Stergiopoulos was not involved when Pontone visited CAMH. But she says it’s so common for health-care professionals to blame mental illness for people’s physical health concerns that there’s a term for it — “diagnostic overshadowing.”

She recalls, several decades ago, “having to take a patient of mine with serious mental illness to the oncologist who had refused to treat her just because she had a mental illness.”

“It was through advocacy that I managed to get her into treatment and she was treated successfully,” she said. “And to see that persist so many years later, it’s really heartbreaking. I think we can do better and I think we should do better.”

“The statistics are indeed shocking,” said Stergiopoulos. “And what is most shocking is that they’re persisting despite us knowing about these issues for many years now.”

She says several factors can be behind the shortened life expectancy for people with mental health issues — such as a sedentary lifestyle or a lack of disease prevention services — but a key reason is stigma and discrimination by health-care workers.

At the root of the problem, says Stergiopoulos, health-care professionals see physical and mental health as separate.

“This is flawed and we need to do a better job at seeing people as human beings.”

Pontone spent almost four months undergoing intensive rehabilitation, but considers himself lucky to be able to walk again — Guillain-Barre Syndrome can worsen rapidly and attack the organs. It can also lead to full-body paralysis and possibly death.

His mother hopes that speaking out will benefit other people with mental illness who need help with a physical problem.

“I want the hospital to change the way they look at mental health,” she says. “So that this doesn’t happen again.”

Every household to get prepaid blank postcard courtesy of Canada Post

Canada’s spy agency wants more power. How would that work?

There are new rules this tax season, courtesy of COVID-19. Here’s what you need to know