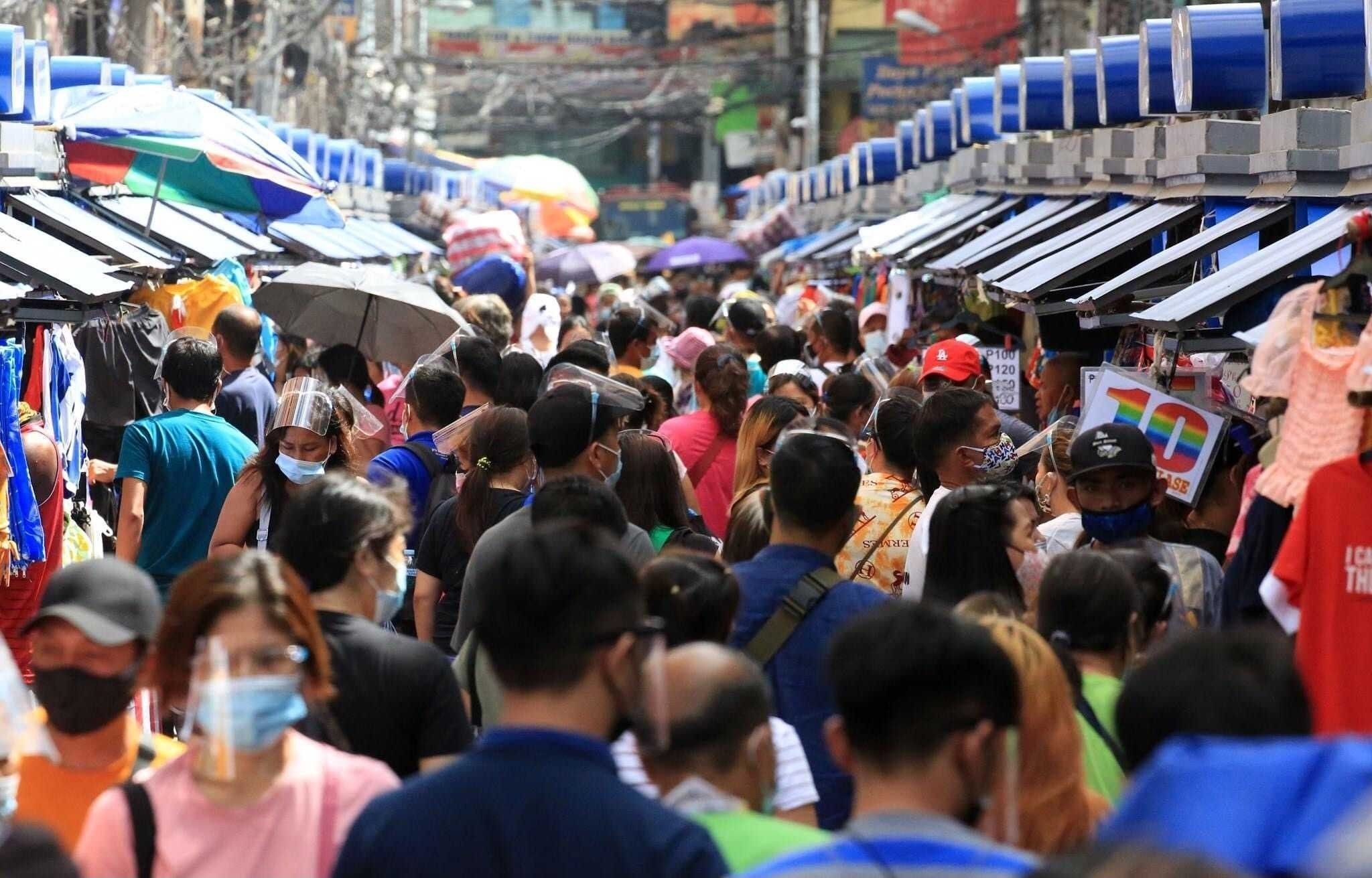 People are seen flocking to Divisoria in Manila in this November 2020 photo, causing the DOH to remind to public to stay away from crowded areas

MANILA, Philippines — President Rodrigo Duterte has rejected a proposal to put the entire country to the lowest quarantine status, a move that experts earlier warned could put Metro Manila under a “constant” threat of a surge in infections.

The coronavirus task force had recommended that the capital region and 13 other provinces join the rest of the Philippines under Modified General Community Quarantine starting March, citing the need to reopen more establishments for economic recovery.

The Palace said that, in making the decision, Duterte had opted to give a “higher premium to public health and safety.”

It remains unclear when vaccinations will begin in the country, with the administration struggling with delays in the delivery of the much-needed jabs even as neighboring countries have started theirs.

The proposal to loosen restrictions in GCQ areas had divided many, particularly Metro Manila mayors, where nine had voted in favor of it in a meeting of the policy-setting Metro Manila Council. Eight mayors opposed the proposal.

The OCTA Research group earlier warned that cases in Metro Manila could reach 2,400 coronavirus cases a day if the region is put under MGCQ. They described the move as not only risky but “also contrary to sensible epidemic management.”

The past few days have seen an increase in the number of Filipinos contracting the deadly virus, with 2,288 tallied on Monday. It the highest daily rise in cases in the past three months.

‘Yes’ or ‘No’ votes to decide Palawan plebiscite result: Comelec

MANILA, Philippines — The regional police of Calabarzon is still unsure about the circumstances of …