Breaking News
Home / Headline / How I made friends with a wild polar bear: a bear tracker explains a 20-year friendship

How I made friends with a wild polar bear: a bear tracker explains a 20-year friendship

Share
The Nature of Things·Video
“When a wild animal accepts you, it's on equal ground,” say tracker Dennis Compayre 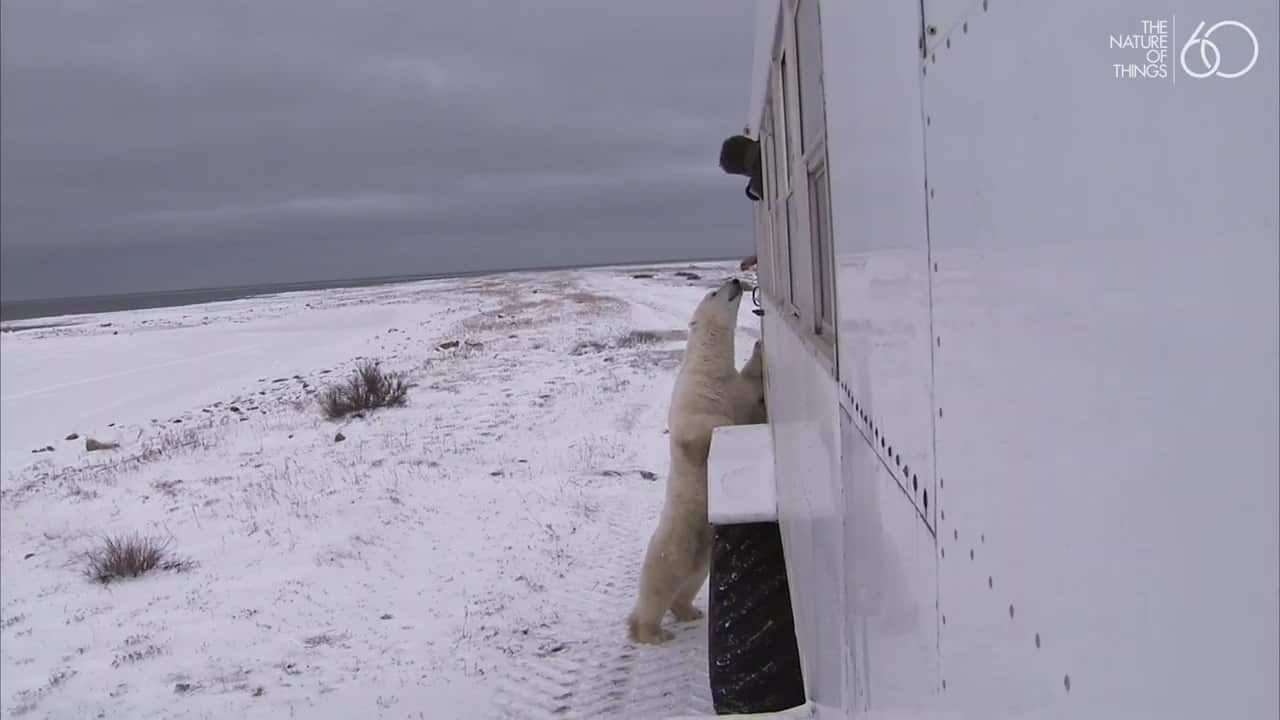 How I made friends with a wild polar bear: Kingdom of the Polar Bears

The Nature of Things

Veteran polar bear tracker Dennis Compayre describes meeting 'Dancer' for a first time, a young bear cub who would follow him and play games with him for nearly two decades.2:10

Legendary polar bear tracker, Dennis Compayre, featured inKingdom of the Polar Bears, a two-part documentary from The Nature of Things, has been observing the local bear population around Churchill, M.B. for decades. In that time, he developed a relationship with one very special polar bear, who he named Dancer.

Compayre first spotted Dancer as a young cub with his mom and quickly developed a connection around a game of 'peek-a-boo' they played from Dennis' tundra buggy.

For nearly 20 years, Dancer returned to the same location every fall, sometimes spending several weeks where Compayre was camped. "I was overjoyed when he found me. He just loved to stick his head in the window of the buggy and smell the smells and watch what I was doing. I could see the intelligence in his eyes."

Compayre would spend days sitting on top of his vehicle waiting for Dancer to appear, "when he showed up, I knew if he was in good shape. I knew it was a good hunting season."

Getting to know Dancer was the highlight of his tracking career, "There can be that connection, that fleeting attachment to a wild animal. It's not like a domestic dog or cat or there's a master-slave relationship. When a wild animal accepts you, it's on equal ground."

"He was pretty old — 21, 22 is pretty old for a wild bear. He wasn't as robust as he was before. So I knew that one of these days he just won't show up," remembers Compayre of his last encounter with Dancer.

His book, Waiting for Dancer, features Compayre's observations of Churchill's local bears, which he documented in a diary.

Watch the video above to learn more about Compayre's memories of Dancer.

Note: Dennis Compayre is an experienced tracker who has been around polar bears all of his life. He was only in close proximity to Dancer from the safety of his vehicle. Polar bears are dangerous and should never be approached.

2021-02-21
AtinitoAdmin
Share
Previous Public vaccination for President will help ease doubts of many
Next Woody Allen denies claims in HBO docuseries, calls it a ‘hatchet job’

‘Misinformation’ called out: Philippines’ claim on Kalayaan islands not ‘erased’ by arbitral win

Montreal conservationists work to save vanishing Monarch butterflies from extinction

OCD: No casualty in Batangas quake

The Department of Science and Technology (DOST) disclosed on Friday, July 23, the completion of …