A year since pandemic cancelled classes, plans unclear on return to classrooms 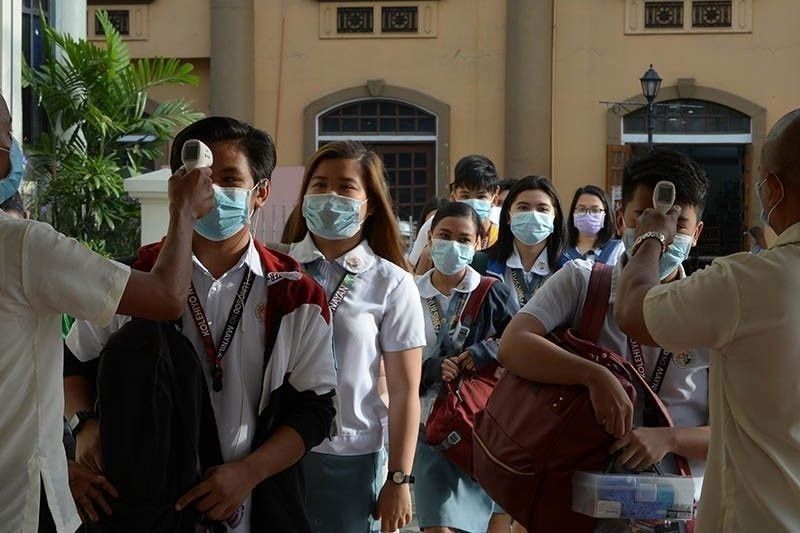 MANILA, Philippines — Classes in Metro Manila were called off on this day in 2020 as the coronavirus crisis unfolded in the country. But the suspension initially thought to last a few days has stretched to a year now, with plans for a safe reopening still unclear.

President Rodrigo Duterte’s declaration of a class suspension after a meeting with Metro Manila mayors was only supposed to last until March 14, 2020 but students have yet to go back to their classrooms since then.

Related Stories
Palace: Face-to-face classes might not resume until August
Lack of plans to safely reopen schools will hurt students, economy — PBED
DepEd told: Reduce schools in test of in-person classes for higher chance of Duterte OK
Classes, which only began in October 2020, have been carried out remotely under the education department’s distance learning.
But by end of last year, the Duterte administration admitted that the setup is far from ideal, with students struggling with lack of access to the internet and gadgets, and with errors in printed learning materials.
Enrollment figures also saw a significant decrease, with only 25 million opting to continue schooling from the 27 million who enrolled in 2019.
“Two million more out-of-school youth while millions are not effectively learning, and many are on the verge of dropping out,” said Raymond Basilio, secretary general of the Allianced of Concerned Teachers on Tuesday. “This is the grim legacy of the Duterte government [that] has practically abandoned our youth and has tied their future to the availability of the vaccines.”
DepEd in January 2021 said it has yet to see signs of a massive dropout with the second quarter of the school year ongoing although surveys have suggested teachers do not think students are learning as much as they should.
In the poll by the Movement for Safe, Equitable, Quality and Relevant Education, 70.9% of 1,395 teacher respondents said they are not confident that students are able to grasp concepts being taught.
RELATED: Group’s surveys air concern on ‘looming learning crisis’ in Philippines

The much-needed vaccines against the coronavirus arrived in the Philippines this March and the delayed vaccination program is udnerway.

It comes at a crucial time when two variants of the COVID-19 have already been detected in the Philippines and a spike in daily cases.

The rollout of the program has led groups and even lawmakers to renew the call for allowing physical classes in areas with low virus transmission although Duterte previously said in-person classes might not resume until August.

“Many schools in far-flung areas with zero COVID case could have been reopened safely by now had the Duterte government saw to the installation of water facilities, hiring of school nurse and retrofitting of classrooms in the past months among other measures,” ACT said.

Education officials have yet to convince Duterte to allow a pilot run of in-person learning, which he shelved in December 2020 due to the threat of a new COVID-18 variant.

But in a Senate education committee hearing last week, members of the upper chamber told the agency to narrow down the number of schools for the proposed study. With over a thousand schools eyed, senators said officials are unlikely to get Duterte’s nod.

Groups have since stressed that the longer schools remained shut, the heavier the losses will be in the long run for students and in turn, on the economy.

Across the world, the United Nations Children’s Fund, UNICEF, said that 168 million students are affected by school closures, a “catastrophic education emergency” resulting from the pandemic lockdowns.

“With everyday that goes by, children unable to access in-person schooling fall further and further behind, with the most marginalized paying the heaviest price,” UNICEF Executive Director Henrietta Fore said. “No effort should be spared to keep schools open, or prioritize them in reopening plans.”

Previous ULVL releases its Mobile Legends and two other teams
Next Killings should not be normal, Robredo says after death of Calbayog mayor

Coronavirus cases in Philippines climb to 1,094,849

AstraZeneca jab gets nod for all age groups

MANILA, Philippines — A mandatory 14-day quarantine for all travelers entering the Philippines has been …