Marketplace finds out why outbreaks of E. coli keep happening with romaine lettuce — and meets a B.C. family whose young son was sickened, and will never be the same.

Experts link E. coli outbreaks in lettuce to nearby cattle farms, increased use of bagged produce

Toddler Lucas Parker was one of them.

In the fall of 2018, his parents, Nathan Parker and Karla Terry of Richmond, B.C., took Lucas and his siblings to Disneyland, their first trip outside Canada. But what they couldn’t know at the time was that a few bites of romaine salad Lucas ate one night at a small California roadside restaurant would change their lives forever.

Soon after that dinner, an outbreak of E. coli O157: H7 contamination spread across both Canada and the United States — eventually leaving 35 people hospitalized.

Like most people who get sick from this strain of E. coli, Lucas, then two years old, didn’t show symptoms right away. When he started feeling unwell, the family headed out for the long drive home. By the time he was in a Canadian hospital, the E. coli had shut down one of his kidneys and led to two brain injuries. There are no current treatments for E. coli that can help alleviate infections or prevent complications.

Lucas can no longer walk, talk or see.

“Lucas was just a beaming ray of light … he was a caring person … a cheeky boy, a loving brother,” said his father, Nathan Parker. “I remember him in the hospital waking up out of a coma and looking around, just lost, not talking, not walking, not moving much. Such a brain injury that his brain was so swollen that there was no comfort, there was nothing. It was just hell.”

Bill Marler, an American lawyer and food-safety advocate who has been fighting for foodcf safety for almost 30 years, represents Lucas and his parents. Marler has filed suit on behalf of the family against the restaurant where they ate, as well as the farm and suppliers of the lettuce; the case is currently in the discovery phase in a court system slowed down because of the COVID-19 pandemic.

Lucas, “is the most devastatingly injured human who has survived a food-borne illness outbreak — ever,” said Marler. “The fact that he survived at all and his parents care for him as gently and as caringly as they do is a testament to them.”

Young children and older adults are most at risk of developing serious complications from E. coli O157: H7 contamination. While most people simply experience an upset stomach, some develop life-threatening symptoms, including stroke, kidney failure and seizures — and some die.

Marler says he believes cows — and a society that values convenient, bagged lettuce — are to blame. 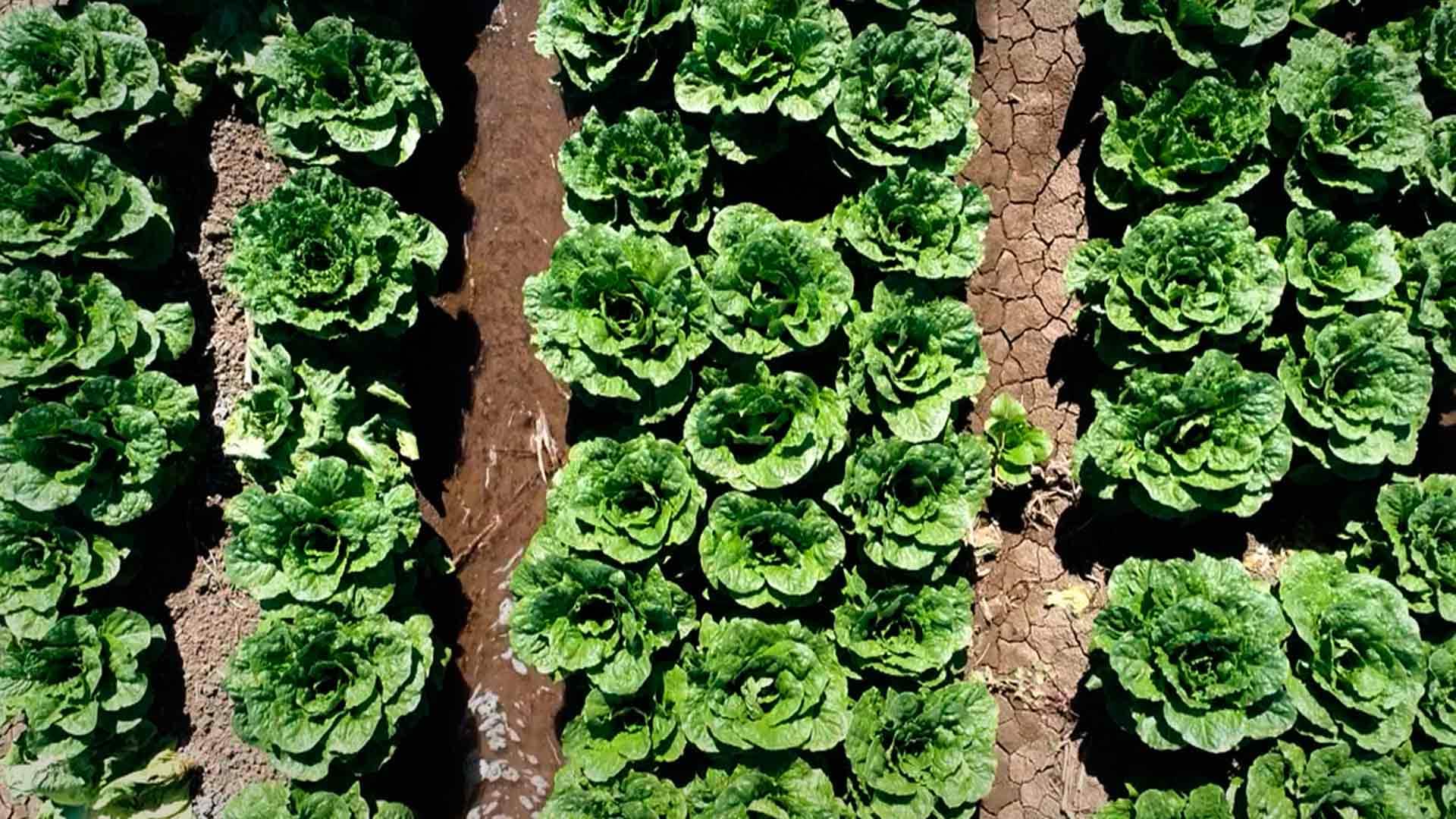 Romaine recalls: Why our salads can make us sick

Canada has been hit by a number of romaine lettuce recalls. We set out to the U.S., where the majority of our leafy greens come from, to dig up why E. coli outbreaks continue to plague our food supply. We meet one B.C. family whose lives have been forever changed by a contaminated salad.

The vast majority of the romaine eaten in North America comes from lettuce grown in areas of California such as the Salinas Valley, or Yuma, Ariz. Many of those romaine lettuce fields have cattle nearby.

“We all know where E. coli O157: H7 comes from — it comes from cows,” said Marler. “And when you have a 100,000-cow feedlot, a dirt road, a canal and then leafy greens for as far as the eyes can see … it doesn’t take a rocket scientist to figure out what happened.”

The FDA says it is working to increase its understanding of how leafy greens become contaminated, and recent FDA reports suggest that cows near produce fields or water sources could be part of the problem. An FDA investigation revealed cattle feces found uphill from produce fields may have contributed to a fall 2020 outbreak, and FDA findings from a 2019 outbreak “suggeststhat a potential contributing factor has been the proximity of cattle to the produce fields.”

The romaine lettuce that made Lucas sick came from a Santa Barbara, Calif., farm that may have had a contaminated water source. While it is not clear exactly how the water became contaminated, the FDA later noted “extensive wild animal activity” and cited adjacent land use by nearby cattle and horses “may have had the potential to be reservoirs of E. coli O157: H7.”

While the FDA hasn’t made new rules for lettuce growers, it has called on produce growers to prevent contamination by increasing buffer zones with nearby cattle, and to use other suggested strategies included in its 2020 Leafy Green STEC Action Plan, such as assessing risk to water sources and developing stronger traceability records.

John Boelts, a Yuma, Ariz.-based lettuce farmer, says food-borne illness outbreaks are not only extremely rare, but farmers like him are already doing more than what the FDA requires to keep the food supply safe.

“Farmers’ practices are remarkable these days, not just mine but everybody in my business,” Boelts said. “I think we’re doing everything humanly possible today.”

Boelts says he’s also taken steps to keep animals away, but he doesn’t believe having a cow feedlot nearby his fields is an issue.

“That feedlot has been around since the 1930s, 1940s and we’ve been producing leafy greens in this area for about that length of time,” Boelts said. “If there really was an issue we would be having an issue more frequently.”

“The E. coli outbreaks linked to romaine lettuce and other leafy greens blew up in the last decade and a half because we wanted bagged salads,” he said. “We wanted to be able to go to the grocery store, restaurants wanted to be able to not have someone in the back chopping up lettuce, they just wanted to open a bag and dump it in your salad bowl and good to go…. It’s industrialized agriculture, convenience, and it’s killing us.”

Lawrence Goodridge, a professor of food safety at the University of Guelph in Ontario, agrees that the majority of E. coli lettuce outbreaks occur with bagged salads. He says that while E. coli outbreaks are actually quite rare, there are things that consumers should be doing, starting with avoiding prepackaged salads.

The Canadian Food Inspection Agency (CFIA) says it can use a number of measures to assess if romaine lettuce imported from the United States is safe to eat for Canadians. The CFIA took steps to improve safety for Canadians last fall; importers had to show their lettuce was either free of E. coli or did not come from California’s Salinas Valley. Those measures never targeted lettuce from Yuma, Ariz., and have now since expired. The CFIA says it will reassess its rules later this year.

In Marler’s view, outbreaks will continue to happen if the source of the contamination isn’t addressed.

“These outbreaks will keep happening in Canada as well as the U.S. unless we deal with the environmental contamination caused by growing lettuce in close proximity to cattle,” he said.

“I ordered a salad. I thought I was doing the right thing, you know?” said Lucas’s father. “And because of a breakdown somewhere else it turned out to be the most fatal mistake in the world.”

He thinks not enough people know about the potential dangers of E. coli-contaminated romaine lettuce.

“I want people to be made aware that anything, you know, should never be taken for granted — because you could eat something that can just take your life away, take your joy away.”

2021-03-20
AtinitoAdmin
Share
Previous READ: Henry Sy Jr.’s message of hope and love for daughter’s untimely passing
Next It makes no sense to think of London as another country. The capital is us

Emmys 2021: The Crown and Ted Lasso win big — and so does streaming

Edmonton With Alberta’s health-care system “collapsing right in front of our eyes,” the leaders of …