#CJSearch: In plea vs ‘drug war,’ Hernando says to focus on unlawful searches, rights of accused MANILA, Philippines — In a “hypothetical” situation where Associate Justice Ramon Paul Hernando is the member-in-charge in a petition on the “war on drugs,” the youngest among chief justice applicants said he will look into violation of unlawful searches and seizures, and respect of the rights of the accused.

Although there is an actual petition lodged before the Supreme Court on the police’s Oplan Tokhang, retired Justice Noel Tijam in the Judicial and Bar Council public interview on Friday drew a hypothetical situation where the case has been raffled to Hernando.

Related Stories
#CJSearch: Bernabe says she is a textualist, will be ‘judicial activist’ only when law is vague
#CJSearch: Gesmundo commits to continuous review of rules

“This has no reference to an actual case, hypothetical the war on drugs by the government now, vis-a-vis the duty of SC to protect constitutional rights, what constitutional issues, if you are the ponente, will you look into?” he asked.

Hernando also said he would look into the constitutional issue on whether respect for rights of the accused has been upheld. This includes whether they have been extended right to counsel the right to be informed of nature of the case against them.

In June 2020, the SC voted 11-3 and acquitted drug trading convict Jerry Sapla who was arrested in 2014 with four bricks of dried marijuana leaves in his bag. In resolving his petition, the SC weighed on this question: “Can the police conduct a warrantless intrusive search of a vehicle on the sole basis of an unverified tip relayed by an anonymous informant?”

The high court said no. It said that a warrantless search and seizure of moving vehicles is limited to visual inspection only; an extensive search of a vehicle is permissible only if the “officers made it upon probable cause,” or upon personal knowledge of the seizing officer that the vehicle contains an item that is subject to seizure or destruction.

Associate Justice Alfredo Benjamin Caguioa penned the decision, which Hernando had concurred to.

Here are the other questions asked to Hernando in the public interview:

On goals for Judiciary: Hernando listed the “eradication” of backlogs in court and the establishment of vital infrastructure, including construction of halls of justice across the country, among his goals for the Judiciary.

On being the youngest applicant: The 15 years that Hernando would potentially serve as chief justice, if appointed, is just the “ideal time” for him to finish the concrete plans for the Judiciary, he said.

Hernando described his inter-personal relationship with his fellow justices as “very collegial,” as he shared that he is sometimes referred to as “bunso” or the youngest.

Asked if how he will get the consensus of the en banc if he is the youngest, he quipped that since the bunso is supposed to be spoiled, he “hopes they will spoil me more, by way of giving on what my views would be in certain cases.”

On judicial philosophy: Hernando said he would adhere to judicial restraint and extend in respect for acts of congress and acts of president.

“At the start of my career, I adhere to the textual approach with respect to interpretation of Constitution, but as I have aged in a court, I have come to realize that I am actually an originalist, adheres to wordings of court as founding Constitutional members intended for fundamental law to be,” he said.

He also said he sees himself as a consensus builder. “I try to understand their views. By understanding their views, it would be better to get an action that is most appropriate for everyone, someone who leads by diplomacy.”

On search warrants: Hernando said he believes that if a judge is convinced by the quantum evidence needed and issued a search warrant, then there is nothing wrong with it. “If he really issued it on the basis of what our rules required, I think the judge should not be blamed for that,” he said.

If another court reviews the judge’s issuance of the search warrant, Hernando added there is also nothing wrong with it.

“Because the initial action…it's a different thing. The matter of issuance of a search warrant would have to undergo the usual process your honor, the judge would only be minded to issue a search warrant if on the basis of probable cause, he finds that there is a need for issuing that search warrant,” he added.

He said that he considers this as a vital piece of jurisprudence as it concerns the environment. Hernando said in the ruling that public trust is when the State is trustee of our natural resources. “It is for the state to always see to it that see natural resources are properly reserved for the future generation,” he added. 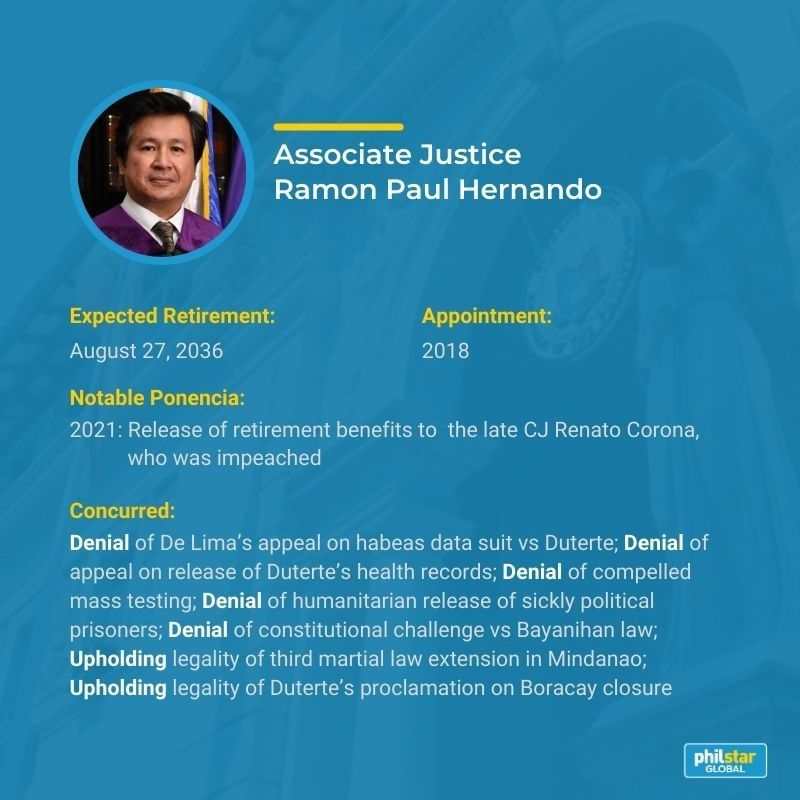