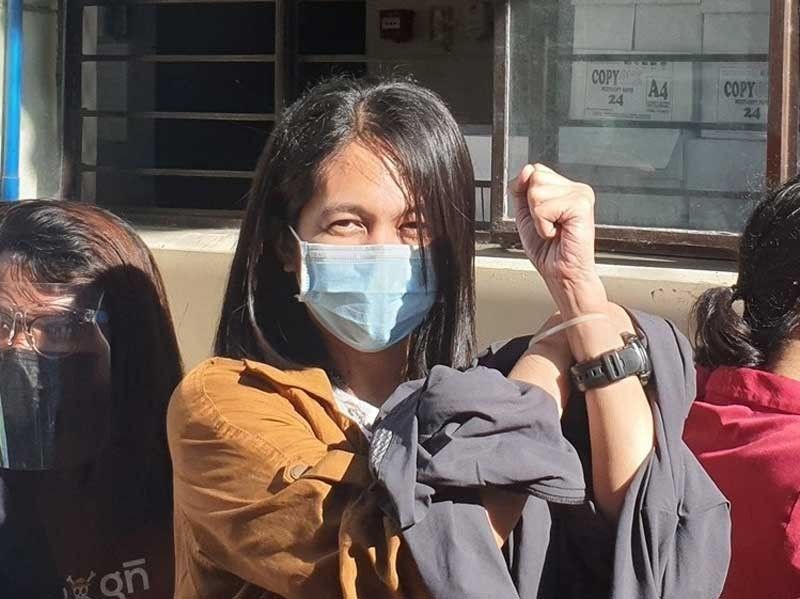 MANILA, Philippines (UPDATE 5:52 p.m., March 5) — A Mandaluyong court has finally ordered the release of Manila Today editor Lady Ann Salem and labor organizer Rodrigo Esparago exactly a month after charges against them for illegal possession of firearms and explosives were dismissed but not respected by authorities.

The court sided with Salem in finding that the search warrants which led to their arrests can be quashed and declared void due to the “deliberate falsehoods” by police officers and their supposed informant.

The court said that the inconsistencies and contradictions in their testimonies negate probable cause, adding that it does not find the police officers and their informant to be credible witnesses as it cannot reconcile their statements.

“Details which touch on the existence of the subject firearms, ammunition and explosives and possession by accused of these items cannot be regarded as minor or trivial. They are the very elements of the crimes for which they are being charged,” Quisumbing-Ignacio said in the release order.

“This order is a breather in the midst of the continuing attacks against journalists and lawyers,” said the Public Interest Law Center, which represented the Salem and Esparago in the case.

The same court had already dismissed the charges of illegal possession of firearms and explosives against Salem and Esparago in February, but prosecutors refused to release her despite the court order supposedly on grounds that the criminal case is still subject for appeal.

In the release order issued on Friday, the court explained that Salem and Esparago were not immediately released due to the “honest belief” that the dismissal of the charges can be reviewed by a higher court.

“But after thorough consideration of the arguments raised and jurisprudence cited in Salem’s comment, the court resolves to reconsider and rule that a trial court is empowered to immediately release the accused if the evidence on record clearly fails to establish probable cause,” the court said.

Salem, Esparago and five other activists were all arrested on Dec. 10, 2020, when the world marked International Human Rights Day. All of them were slapped with illegal possession of firearms and explosives charges after authorities raided their residences and offices by virtue of search warrants issued by Quezon City trial court Executive Judge Cecilyn Burgos-Villavert.

The same judge also issued search warrants that resulted in the arrests of dozens of activists in Negros and Manila in 2019.

The seven, dubbed as “HRDay 7,” are just among the latest activists jailed over the same charge of illegal possession of firearms and explosives. Rights group Karapatan earlier said that more than 400 political prisoners arrested under the administration of President Rodrigo Duterte face the same charges. — Xave Gregorio with reports from Kristine Joy Patag

Editor’s note: Added quotes from the court order, other details.

Subversive books pulled out from university library in Isabela