An Ontario businesswoman says after months of work to obtain COVID-19 vaccines outside of federal government channels, she is now close to securing a batch of doses to be used by First Nations in Saskatchewan. Her efforts resulted in a lengthy call from the RCMP, she said.

The RCMP says they ‘cannot comment on potential or ongoing investigations’

Her efforts have come to the attention of the federal government, which has called in the police after raising concerns over the legitimacy of the vaccine supply.

But Carrie Liddy, who has already been interviewed by the RCMP, said she has nothing to hide.

Liddy, an independent consultant and entrepreneur from Woodbridge, Ont., said she expects to receive verification documents next week on doses of Covishield vaccine produced by the Serum Institute of India for importation to Canada.

Covishield is the brand name of a Health Canada-approved, biologically identical version of the AstraZeneca-Oxford vaccine that is produced at the Serum Institute.

“All the arrangements are exactly duplicate to what the federal government is undertaking. There is no fraud. There’s no scam,” Liddy said in an interview with CBC News.

Liddy said she has been working for months with the Federation of Sovereign Indigenous Nations (FSIN), a group that represents chiefs in Saskatchewan, to secure its own supply of COVID-19 vaccines. They have narrowed down possible supplies from three sources, she said, with the Serum Institute emerging as the most immediately viable.

She said the work has been stymied by federal ministers who have publicly questioned her team’s vaccine procurement efforts and asked the RCMP to investigate — leading to a phone call from a detective about three weeks ago.

“That put everything on hold,” she said.

Liddy said the interview with the RCMP investigator lasted over an hour and she explained everything.

The federal government has issued fraud warnings since February over the attempted sale of vaccines outside of the government procurement process.

Indigenous Services Minister Marc Miller on Wednesday publicly questioned the legitimacy of vaccines sourced by Liddy and the FSIN.

The organization, which is funded almost entirely by the federal government, would need money from Ottawa — which has already questioned the legitimacy of the vaccines — to purchase doses.

Liddy said she has a contact with a direct link to the Indian government who can arrange the deal. She said her contact would invite the Canadian ambassador to ascertain the legitimacy of the vaccines.

“This has reached the highest levels of procurement of vaccines in the world,” said Liddy. “They are all helping First Nations. They are all moving forward to make sure that First Nations get vaccines — except our Canadian government, who has provided one roadblock after another.”

The Serum Institute of India could not be reached for comment.

Liddy said her group is also entertaining two other possible sources for vaccines — one from the U.K. with possible access to AstraZeneca-Oxford doses, and a Texas company called Davati Medical Supplies, whose owner says they are also working on securing access to a supply of AstraZeneca-Oxford.

AstraZeneca said in two emailed statements to CBC News that there is currently “no private sector supply, sale or distribution” of its vaccine.

The pharmaceutical firm said it investigates any reports of “counterfeit sales” and shares its information with law enforcement.

“At this time, the RCMP cannot comment on potential or ongoing investigations,” said an emailed statement from the Mounties.

Howard Glase, CEO of Verity Pharmaceuticals, west of Toronto, which has partnered with AstraZeneca, the Serum Institute of India and the federal government to deliver two million doses of Covishield to Canada, said he doubts the institute would supply vaccines to Canada outside government channels.

“They’re certainly not getting it from the Serum Institute of India. I speak to these individuals three or four times a day,” said Glase.

“They would never risk their multibillion-dollar business by shipping even a couple of million dollars of this drug. It’s just unimaginable anyone would ever take the risk.”

Glase said Oxford University licensed the vaccine to AstraZeneca and its partners as a not-for-profit product.

Dr. Anna Banerji, who specializes in Indigenous and refugee health with the University of Toronto’s Dalla Lana School of Public Health, says Indigenous communities have the right to import their own medicine.

However, she said, there are health and safety implications that need to be considered when it comes to importing a COVID-19 vaccine, including transportation, storage temperatures and handling.

“How are they going to monitor for effectiveness and side-effects?” she said.

“There’s a lot of things that they need to have in place to make sure that it’s safe for the population that needs it.” 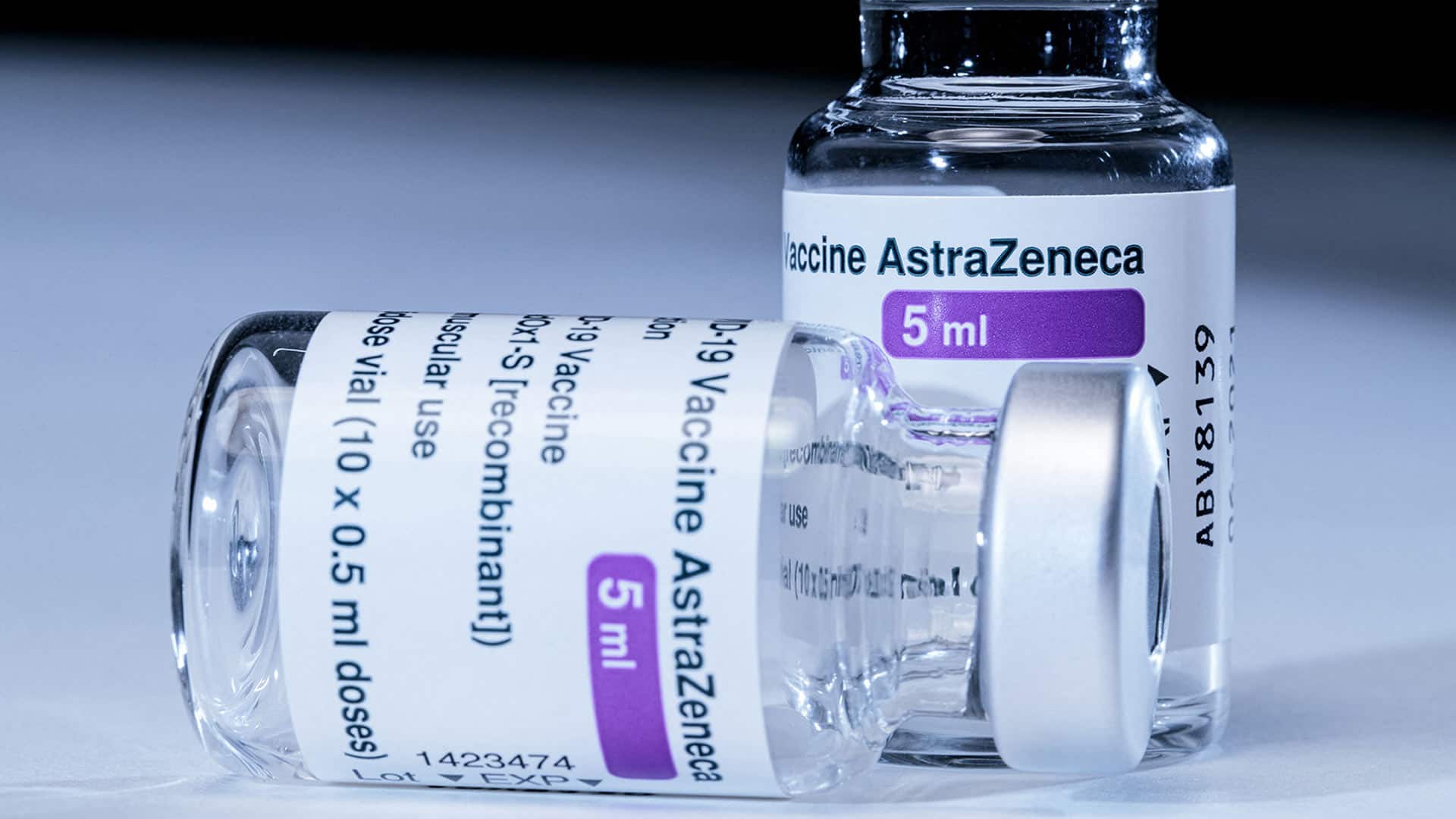 Despite some European countries temporarily halting use of the AstraZeneca-Oxford vaccine after 30 cases of blood clots, experts maintain it is still safe to use in Canada.

Indigenous Services Canada’s latest data shows vaccinations are underway in 538 First Nation and Inuit communities across the country, with 166,084 doses administered as of March 12. The federal government says it has prioritized vaccines for those communities because of their higher vulnerability rates to COVID-19 infection.

How the business relationship developed

Liddy’s relationship with FSIN began in May 2020 through the procurement of personal protective equipment. The PPE deals were struck through an arrangement with a business partner she is now battling in court.

The work with FSIN continued into 2021 and turned to discussions on procuring vaccine supplies, according to two affidavits filed by Liddy and Wally Burns, chief of James Smith Cree Nation, which is a member of the FSIN.

Liddy and Burns’s affidavits were filed as part of ongoing litigation over the dispute with her former business partner regarding PPE deals.

“After a number of discussions, Liddy advised that she would make efforts to procure vaccines for us,” the affidavit says.

His affidavit also says Liddy had sourced 60 million doses of COVID-19 vaccines for “our people and Canada as a whole.”

Liddy said the 60 million was only an initial ballpark number discussed by FSIN, which considered securing doses for the whole country.

“Based on the fact that Minister Miller slammed the door to the purchase of any vaccines by First Nations … they basically said, ‘Fine, we’re going to focus on our own people,'” said Liddy.

On Feb. 17, Cameron sent a letter to Miller demanding $21 million in immediate funding for the FSIN to purchase six million “currently available” doses of AstraZeneca-Oxford.

Libby said that deal fell through because the federal government called in the RCMP.

She said the First Nations group plans to approach Indigenous Services again for funding to import vaccines, but this time with documents verifying the doses in hand.

Indigenous Services Canada said in a statement it reached out to Public Services and Procurement Canada, which contacted the manufacturers of AstraZeneca, “who confirmed that these offers are not legitimate.”

The department said other Indigenous communities and municipalities had been approached with suspect offers for AstraZeneca-Oxford and other vaccines.

Herman Cardenas, the owner of Texas-based Davati Medical Supplies, told CBC News his firm is a legitimate pharmaceutical distributor with access to COVID-19 medication such as the antiviral remdesivir, which is also advertised on the company’s website.

Cardenas said he was introduced to the potential line for AstraZeneca-Oxford vaccines by “a very reliable source.”

“We’re not AstraZeneca’s distributor. We have access to people that are…. We’re still testing out that channel to make sure that they can deliver.”

With files from Exan Auyung and Matthew Pierce

Why you should care about teetering Chinese real estate company Evergrande

Young Indigenous voters in Sask. share their priorities ahead of the federal election

Yes, in my backyard: How a stranger’s act of kindness has changed a homeless man’s life

Why these vaccine-hesitant Indigenous women in N.W.T. decided to get the jab

What’s on some Black voters’ minds ahead of the federal election?

Hamilton The trial of Const. Nathan Parker, who was shot by one of his fellow …