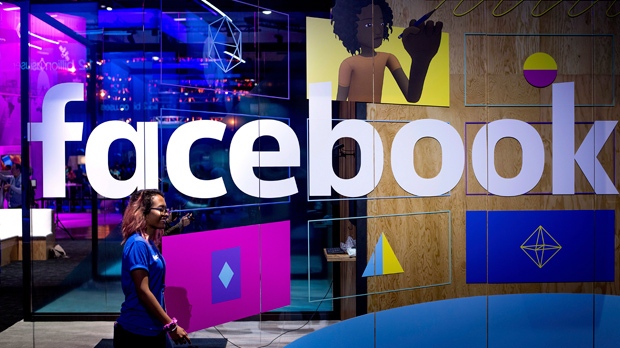 TORONTO — Five things to watch for in the Canadian business world in the coming week:

Facebook Canada’s Kevin Chan is scheduled to appear before the standing committee on Canadian Heritage to comment on relations between Facebook and the federal government on Monday. Prime Minister Justin Trudeau and his Australian counterpart agreed in February to continue “co-ordinating efforts” to ensure the revenues of web giants are shared more fairly with creators and media after Facebook struck a deal with the Australian government on proposed legislation that would make digital giants pay for journalism.

BlackBerry Ltd. will hold a Q4 and full-year conference call on Tuesday. The tech company’s shares have settled to a range of around $9 after briefly soaring to more than $28 when they were swept up in the “Gamestop” trading frenzy in January.

Lululemon Athletica Inc. will release its financial results for the fourth quarter and full year fiscal 2020 on Tuesday. The athletic clothing retailer said in January that it expects its percentage growth rate for net revenue compared with a year ago to be at the high end of its earlier expectations for mid-to-high teens.

Statistics Canada will release gross domestic product by industry for January on Wednesday. The agency reported earlier this month that the Canadian economy sprinted to the finish line of 2020 with nearly double-digit growth in the fourth quarter, ending its worst year on record on a strong note that has continued into the start of 2021.

Dollarama Inc. will release its financial results for the fourth quarter and fiscal year on Wednesday. Quebec’s workplace safety board issued fines to nine Dollarama locations in January for failing to respect sanitary guidelines after workers held protests last year decrying a lack of sanitary measures at the company’s facilities.

This report by The Canadian Press was first published March 28, 2021.

Previous Rewind and slow forward: The history of the music cassette and why it refuses to die
Next Government eyes 25% drop in new COVID-19 cases