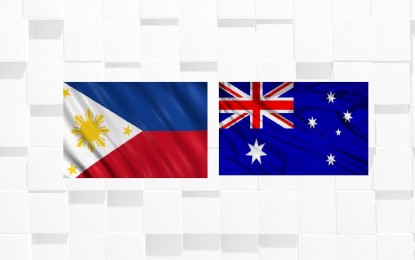 MANILA – Australia is allocating about 35.9 million Australian dollars (about PHP1.3 billion) to support Manila in its vaccine rollout, mostly through technical support and capacity-building efforts, its embassy in the Philippines said Friday.

The support, initially announced last month after a meeting between senior Philippine government officials and Australian Ambassador Steven Robinson, is part of Canberra’s 523-million-Australian-dollar Regional Vaccine Access Initiative that seeks to assist in fast and safe vaccination in the Pacific and Southeast Asia.

The Australian Embassy said the funding would provide the Philippines “health advice for vaccine rollout,” as well as support for logistics in the next two years.

On top of this, Australia is also among the huge contributors to the COVAX Facility, which delivered last Thursday night more than 400,000 doses of the AstraZeneca vaccine to Manila.

Robinson was among the ambassadors who witnessed the historic arrival, along with several European envoys representing COVAX’s donor countries.

In a statement, Robinson said Australia advocated to ensure that the Philippines was among the countries eligible for the COVAX – Advance Market Commitment (AMC).

“Australia supported COVAX-AMC through an 80-million-Australian-dollar contribution and advocated to ensure the Philippines was eligible for COVAX-AMC,” he said. (PNA)