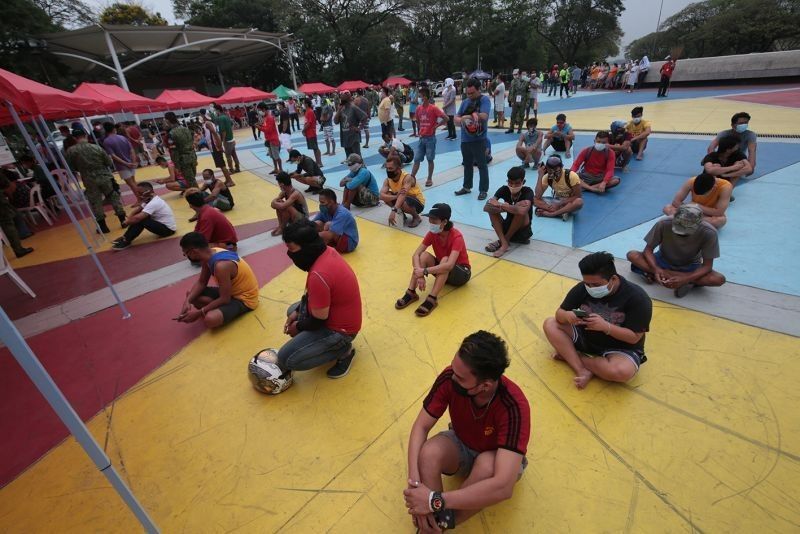 MANILA, Philippines — Philippine health authorities reported Saturday that they found a new coronavirus variant in the country, but said this is not a variant of concern, even if it carries two mutations which have shown to increase transmissibility and dodge some antibodies.

The new variant which carries a unique set of mutations is called the P.3 variant and belongs to the B.1.1.28 lineage, like the variant first seen in Brazil called P.1.

The Department of Health said that the University of the Philippines – Philippine Genome Center previously detected 85 cases of this variant, and that an additional 13 have been found, bringing the total number of P.3 cases in the country to 98.

Health authorities said that all current available data is insufficient to conclude whether the variant will have significant public health implications, despite carrying both the E484K and N501Y mutations.

These two mutations are present in the coronavirus variants first identified in the United Kingdom (B.1.1.7), South Africa (B.1.351) and Brazil (P.1), which are all classified as “variants of concern” due to their increased risk to human health.

Viruses, like SARS-CoV-2 which causes COVID-19, mutate all the time. Mutation refers to the actual change in the virus genetic sequence and may result in the virus being more transmissible, increase in disease severity or influence efficacy of diagnostics or vaccines, the World Health Organization said.

Prior to the announcement of the DOH that it has detected a new coronavirus variant unique to other variants previously detected in the country, Japan’s National Institute of Infectious Diseases said it found a new variant from the B.1.1.28 lineage from a traveler from the Philippines who arrived at Narita Airport near Tokyo last February 25.

The DOH has not yet responded to queries on whether the P.3 variant was the same one detected by Japan. — with reports from Gaea Katreena Cabico