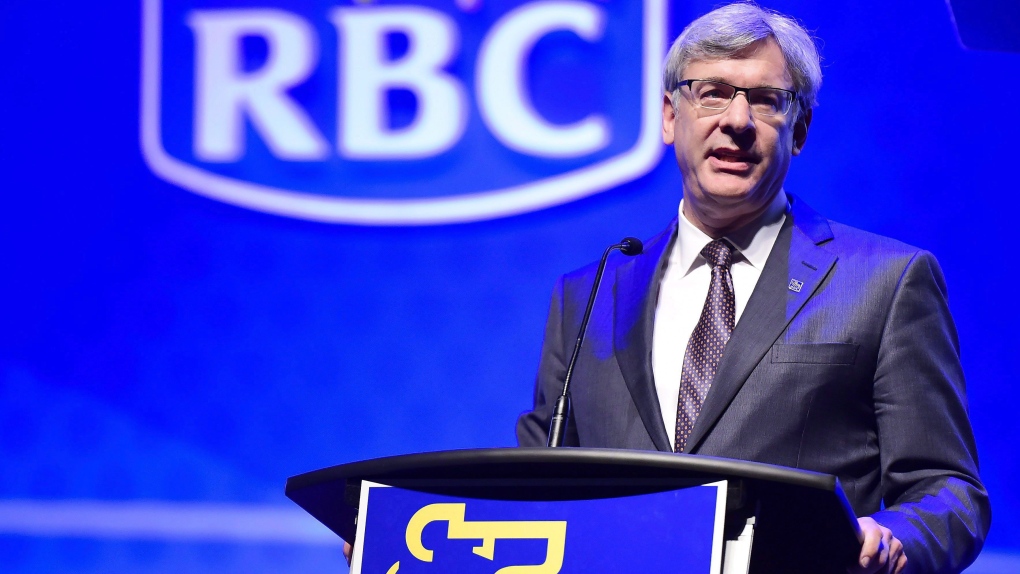 TORONTO — Royal Bank of Canada chief executive David McKay said Tuesday he foresees inflationary pressure building in the economy as it rebounds from the COVID-19 pandemic.

With rising input prices for labour and commodities, it could create a challenge for central bankers, McKay said in a webcast speech at the RBC Capital Markets Financial Institutions Conference.

"We see inflationary pressure building earlier than later on those goods and services," McKay said.

"We do see a challenge to the policy and therefore, central banks having to respond to this in 2022, the latter half of 2022, with rate increases. Versus where you might have thought — late 2023, even 2024 — six months ago."

The comments came ahead of a Bank of Canada interest rate announcement Wednesday, that is expected to reveal how the central bank is thinking about the economy and setting interest rates, which were cut to historic lows early in the pandemic.

The Organization for Economic Co-operation and Development released a new forecast Tuesday that raised expectations for global economic growth this year and next year, predicting that a recovery in the United States could spillover to help Canada.

McKay said that while the U.S. has been faster to rollout COVID-19 vaccinations than Canada, it is a matter of weeks and months, not quarters, until Canada’s business environment catches up.

McKay said that despite a potential challenge for markets trying to predict the response to inflation, the trend of the economy has " got so many benefits to it," as the bank primes for coming job creation.

"We’ve never seen that type of liquidity in the marketplace. And therefore, this is a new paradigm for us," McKay said. "There’s a lot of opportunity and change coming."

But McKay also says that there will be some people left behind by the economic bounce, and the bank is also bracing for that outcome.

"You’re going to see a build in delinquency from those individuals and those companies. You have to forecast that not everybody’s going to time it perfectly and come back."

This report by The Canadian Press was first published March 9, 2021.