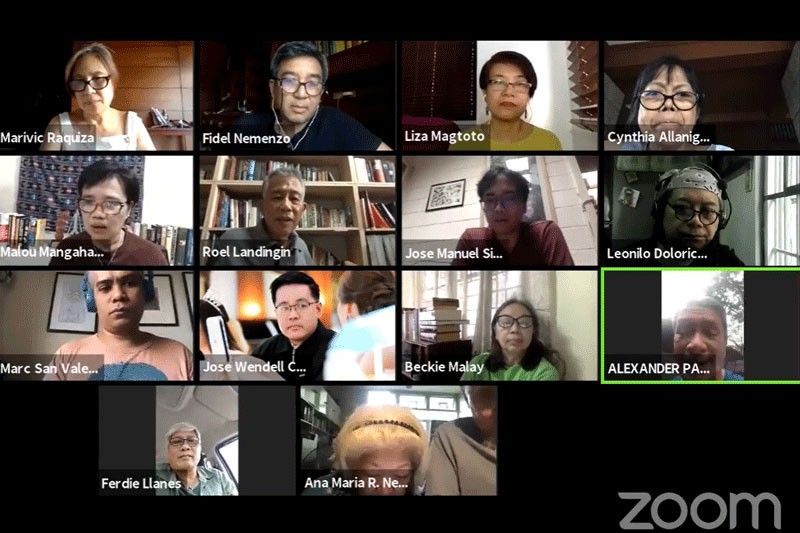 MANILA, Philippines — University of the Philippines alumni who were included in a military list in January of supposed rebels troops had killed or captured are up in arms over plans to reinstate two generals linked to the gaffe.

Defense Secretary Delfin Lorenzana has announced that he wants to give Maj. Gen. Benedict Arevalo and Maj. Gen. Alex Luna a “second chance” since they were not directly involved in the erroneous list posted on military social media accounts. Arevalo was head of civil-military operations while Luna wa shead of intelligence.

The six UP alumni tagged in the list said they were outraged at the development. “We beg to disagree. No basis has been shown justifying the mercy of second chances,” they said in a statement.

The list, which the military published to bolster a military claim that UP is a recruitment ground for communist terrorists, was quickly proven to be erroneous when people included in it held a press briefing to deny the claims. It also gave them the chance to show that they have not, in fact, been killed.

“Many of us in the list were UP student leaders who fought for the restoration of democratic rights and civil liberties taken away by the Marcos dictatorship. We never joined the New People’s Army. Neither were we captured or killed. In fact, many of us have gone on to become lawyers, academics, artists, journalists, civil servants and other professionals who continue to be of service to the Filipino nation,” they said.

READ:The military’s obsession with UP: some historical notes

They added military officials could have checked online to verify the names on the list. “Unfortunately, neither J2 nor J7 could be bothered to fact-check their official post. At the very least, Maj. Gen. Luna and Maj. Gen. Arevalo have failed to perform their duty to institute or enforce proper safeguards against peddling misinformation that directly violated our constitutional rights to privacy and security.”

The Armed Forces of the Philippines apologized in the face of criticism over the erroneous list and Lorenzana called it “an unpardonable gaffe.”

The six said Thursday that “Secretary Lorenzana’s order for the reinstatement of the two generals is premature and yet another ‘unpardonable gaffe’.”

The publication of the list happened after the defense department’s abrogation of an agreement with UP requiring security forces to coordinate with the university on operations.

The scrapping of the agreement, as well as government claims that UP teaches students to become communist rebels, stirred debate on academic freedom and on shrinking democratic spaces.

It also prompted the creation of the UP Alumni Freedom Project, an initiative to explain and promote academic freedom. The six UP alumni are members of the project.