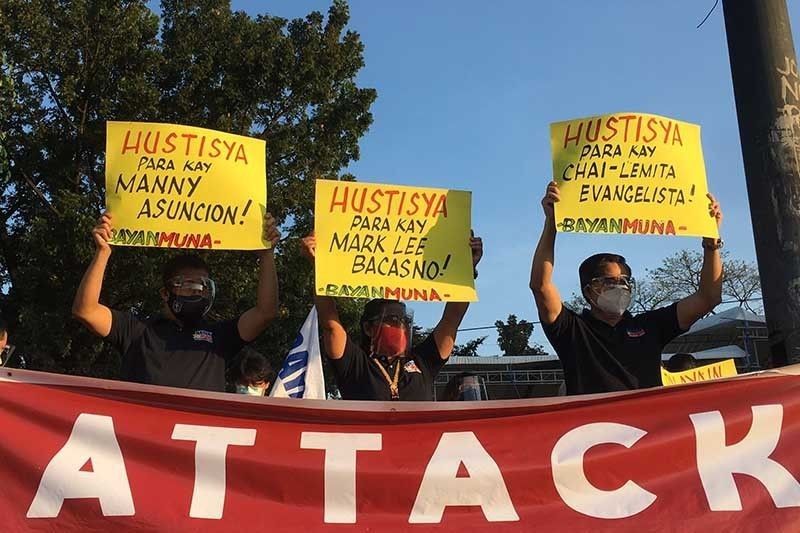 MANILA, Philippines — The Philippine government should be held accountable for the killings of activists, groups said Thursday, as they called on the international community to launch an investigation into the human rights violation committed by the Duterte administration.

In a statement Thursday, seven human rights organizations condemned the recent killing of nine activists in Calabarzon, which they said “highlighted the continuous attacks against the government’s critics.”

“Domestic human rights mechanisms remain compromised, while human rights defenders face threats every day. An international investigative mechanism for the extrajudicial killings related to the ‘war on drugs,’ and the killings of rights defenders, is even more imperative today, than it has ever been,” the groups said.

The Palace has promised an investigation into the killings and said that police officers found to have violated due process would be held to account. The Philippine National Police has maintained that the operations were legitimate and that the nine were killed because they shot at police teams sent to implement search warrants for illegal guns and explosives.

“The international community must immediately initiate clear and sustained action to hold the perpetrators to account,” Josef Benedict of CIVICUS Asia Pacific said.

Eight men and as woman were killed as police and military personnel executed search warrants on March 7 in Batangas, Cavite, Laguna and Rizal provinces. They were all activists or members of left-leaning organizations, which state forces repeatedly accuse of being fronts for communist rebels.

Authorities also arrested six other during the raids.

The killings came two days after President Rodrigo Duterte told security forces to shoot to kill communists if they are armed.

“Duterte’s inciting rhetoric and terrorist-tagging of human rights defenders, activists and critics have resulted in the harassment and violence against them, as well as their death. This demonstrates the increasingly dangerous space, not just for human rights defenders, but for all civil society and the Philippine people at large,” said Shamini Darshini Kaliemuthu, FORUM-ASIA executive director.

The Department of Justice said it will include the killings of activists in Calabazarzon in its ongoing task force investigation into political killings.