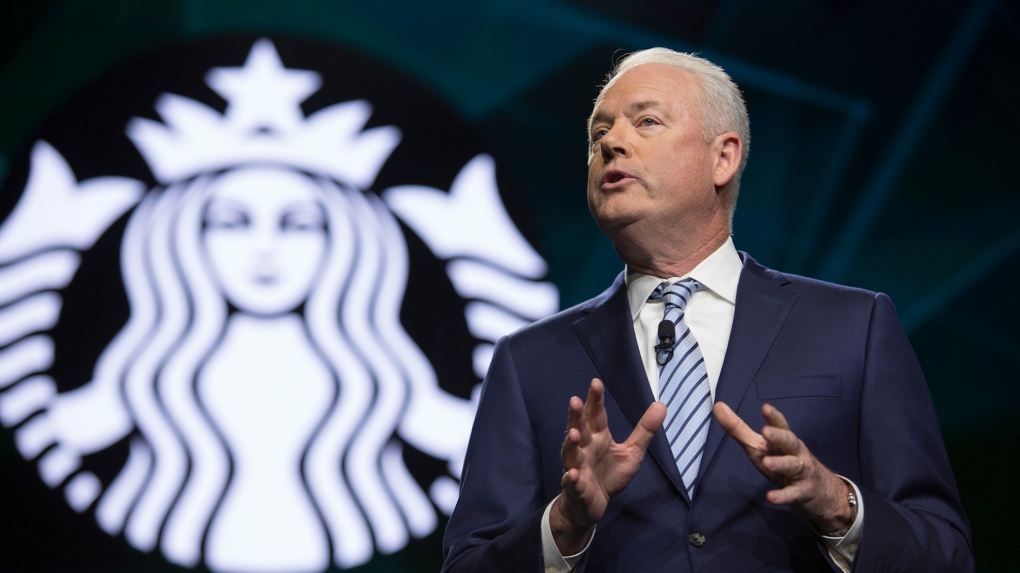 Starbucks shareholders voted against the company’s CEO pay proposal in a rare move that may indicate some shareholders think the chief executive is overpaid.

The news was first reported by the Wall Street Journal following Starbucks’ annual shareholder meeting. Starbucks confirmed the results of the vote to CNN Business.

Starbucks CEO KevinJohnson earned a US$1.86 million bonus in fiscal year 2020 in addition to a larger retention award, designed to keep Johnson in the position through fiscal year 2022, according to Starbucks’ proxy statement.

"The board unanimously supported the performance-based retention rewards granted to our executives in late 2019," said Starbucks board member and Ulta Beauty CEO Mary Dillon in a statement responding to the vote.

Companies seek non-binding approval on executive compensationfrom shareholders through so-called "say-on-pay" proposals outlined in proxy statements each year. Because the proposal is not binding, companies don’t need to make any changes based on the outcome of the vote. But companies are legally required to allow investors to vote on compensation.

Generally, "it is pretty rare for the ‘say-on-pay’ proposals not to be approved," said Kai Liekefett, a partner atSidleyAustin law firm who specializes in executive pay and corporate governance.

When investors signify they think executives are overpaid, it may signal underlying shareholder unrest, he said. Shareholders typically "don’t mind executives making a lot of money, as long as the performance is outstanding," Liekefett said.

This time, shareholders were likely swayed by the guidance of Institutional Shareholder Services and Glass Lewis, twoinfluential proxy advisory firms that provide guidance on how investors should vote on proposals to ensure the best possible returns, and often effectively dictate how investors vote.

ISS recommended that shareholders vote against the proposal, arguing that the rationale justifying the value of Johnson’s compensation package is "insufficient considering the exceedingly large target and maximum opportunities under the award," and given thatJohnson earned a special performance award the previous year. Glass Lewis, also recommended shareholders vote against the proposal, saying that Starbucks "paid [its CEO] moderately more than its peers, but performed worse."

ISS has recommended shareholders vote against compensation packages for approximately 12% of companies each year for the past decade, according to an analysis published in March by Compensation Advisory Partners, a consulting firm specializing in executive and director compensation.The report found that in about 96% of cases when most shareholders voted against an executive pay proposal, the ISS had advised to vote in that manner.

Starbucks said in response to the guidance that "we respectfully disagree," with the recommendations, saying that the award reflects the value Johnson has brought to the company and is designed to keep him in the role through at least fiscal year 2022, while the company executes its rapid growth agenda. The company has recently lost two high-ranking officials: former COO Rosalind Brewer, who just took the helm at Walgreens, and Patrick Grismer who recently stepped down as chief financial officer.

Shareholders ultimately decided to go with the recommendation issued by the advisories and voted down Johnson’s proposed compensation package.

Though Starbucks is not required to make any changes, it should take shareholder sentiment into account as it considers how to structure executive pay moving forward, said Liekefett. Investors may feel "alienated if a board does not appear to be responsive … to the criticism," he said. That could ultimately lead to advisories voting against director nominations, or invite an activist shareholder to take a stake in the company.

"Our board and management team will continue to engage with investors in the months ahead to understand their perspectives as part of our ongoing evaluation of our executive compensation programs," she said.

URC divests from investment in Australia and New Zealand

Stocks index dips ahead of ghost month but peso improves