US report: Despite early lockdown, overcrowding and harsh conditions led to COVID-19 spread among inmates 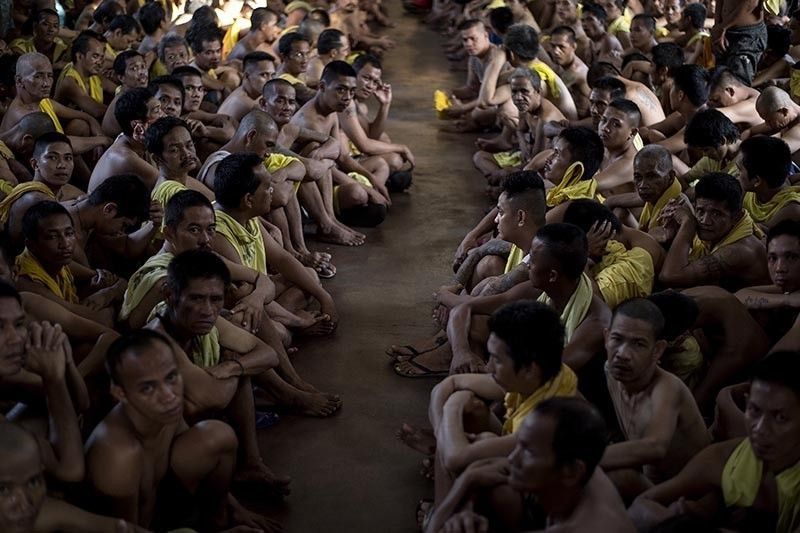 MANILA, Philippines — Despite early lockdowns in prison, overcrowding and poor conditions in these facilities still led to the spread of COVID-19 among inmates, the US State Department report found.

In its report on human rights practices in the Philippines, the US State Department flagged the “harsh and life-threatening prison conditions” in the country.

The report noted that the government initiated an early lockdown in these facilities and inmates were freed too, but the coronavirus still infected hundreds of persons deprived of liberty (PDLs) in prisons and jails.

“From March 17 to August 14, the government released 58,625 inmates to prevent COVID-19 from spreading in the prison population, according to Supreme Court records. In July the Bureau of Corrections spokesperson reported 350 inmates and personnel had contracted the virus, of whom 200 recovered, 129 remained ill, and 21 died,” it added.

“Prison conditions were often harsh and life threatening and included gross overcrowding, inadequate sanitary conditions, physical abuse, and a chronic lack of resources including medical care and food,” it added.

While non-governmental organizations reported that abuses by prison guards and other inmates is common, victims would generally refuse lodging complaints as they fear retaliation.

As with previous reports of the Commission on Audit, the US State report flagged the congestion in Bureau of Correction facilities, which accounts for seven prisons and penal farms nationwide.

The Bureau of Jail Management and Penology, under the Department of the Interior and Local Government, meanwhile oversees 470 jails spread throughout the country. The bureau is operating jails at 456 percent over designated capacity, the report said.

BuCor manages prisons for convicts sentenced to more than three years, while BJMP is tasked with facilities for those serving less than three sentences and undergoing trial.

The US report said the San Mateo Municipal Jail in Quezon City is one of the most congested jails in the country as it holds 705 detainees in a facility mean for 23 inmates officially.

In July, the DILG had to seek help from the Supreme Court to order that newly-arrested persons be brought to police station holding cells to stop the spread of COVID-19 in BJMP jails

But even with the request, President Rodrigo Duterte gave fresh orders for police not to hesitate to arrest those without masks in public places.

By December, the BJMP logged 1,987 cases among persons deprived of liberty, although numbers went down to 88 active cases in December, with five fatalities.

“Prison authorities reported that most deaths resulted from illness. Authorities provided Bureau of Corrections inmates with medical care; however, some medical services and treatments were not available. In such cases authorities referred inmates to an outside hospital. Inmates received a medicine allowance of 15 pesos ($0.28) per day,” the report further read.

At least nine high-profile inmates died due to COVID-19 according to BuCor. Among these fatalities is Jaybee Sebastian, a witness in the case against Sen. Leila De Lima. Just last week, the bureau also reported convicted rapist and murderer Antonio Sanchez, who contracted COVID-19 in prison last year, was found unconscious in his cell.

The Department of Justice has ordered the National Bureau of Investigation to look into the circumstances surrounding these deaths, but it has yet to make a report on its probe.

Conditions in the 85 Bahay Pag-asa centers — rehabilitation centers for juvenile offenders — were also worse than in jails. It said they Juvenile Justice and Welfare Council reported the lack of furniture such as beds and cabinets in some centers.