Some people find crows and ravens fascinating, while others find them beyond annoying, but there’s no denying June Hunter’s obsession with the black birds is catching on.

The Vancouver, B.C., artist and photographer was snowshoeing in the North Shore mountains recently and came upon an unusual scene: two birds doing somersaults and rolling in the snow like puppies.

She captured the fun on video and posted it to social media where the ravens’ high flying enthusiasm has attracted over one million views.

“I think there is just something about ravens being silly and having fun in the snow that is quite therapeutic for many of us, especially these days,” Hunter said. 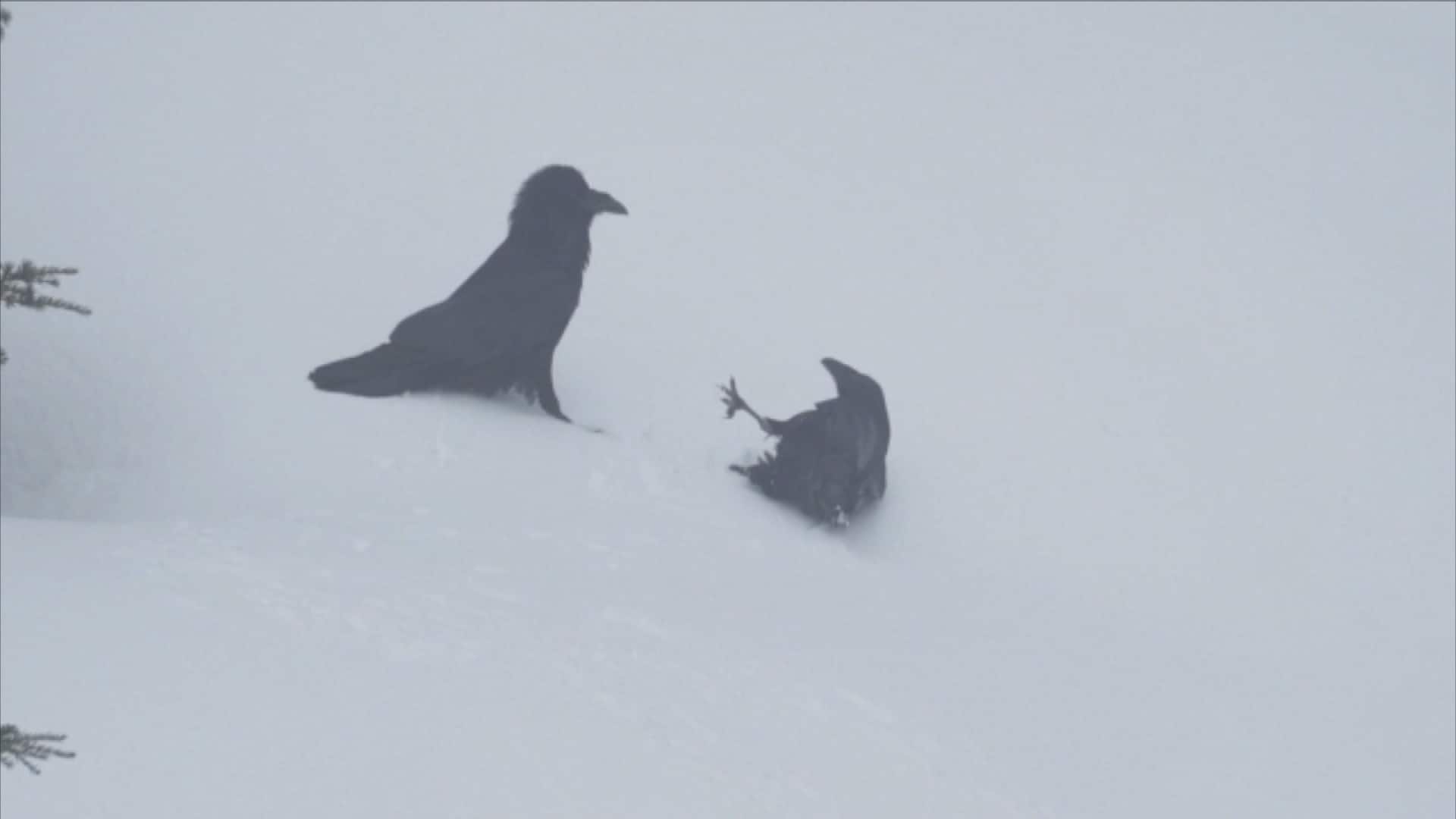 Video of two of the birds doing somersaults and rolling in the snow has attracted over one million viewers.

Hunter said she was drawn to the unusual sounds the ravens were making.

“It just makes me happy to relate to that joy in a species that’s different from you,” she said.

Hunter has been taking photographs of crows and ravens for over a decade. She used to sell the prints on Vancouver’s Granville Island until the pandemic hit.

Marvin and Mavis are names Hunter has given to the crows that visit her home. The Mable family lives down the street and visit too.

The self-proclaimed PR person for the birds is frustrated the corvids sometimes get a bad rap, despite their intelligence. She wants to clear up the misconceptions some people have that the birds are simply grub-loving pests put on this earth to dig up lawns.

“If you start watching crows your life will be happier … because you’ll be interested and you will feel more connected to the natural world, even if you’re in the city. You’ll naturally feel better.”

With files from Jon Hernandez

When it comes to sucking up carbon, not all trees are equal

Lost Pacific grey whale swimming off the coast of Spain not likely to survive, says expert

Cargo e-bikes could be banned under proposed Ontario bill

British Columbia·Video For the past four years, huge flocks of Vaux's swifts have made the …