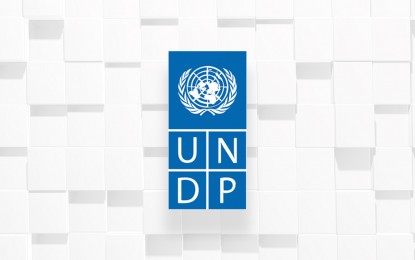 MANILA – United Nations Development Programme (UNDP) Administrator Achim Steiner on Monday urged countries worldwide to fast-track shattering “deep-seated historic, cultural, and socio-economic” barriers that have been holding back women so they can better help in recovery from the coronavirus disease (Covid-19) pandemic.

“It is time to finally fully harness the power of women’s leadership to realize a more equal, more inclusive and more sustainable future,” he said in his 2021 International Women’s Day (IWD) message.

The process of recovering from Covid-19 is an opportunity to finally end the exclusion and marginalization of women and even girls, he noted.

“Women must have the opportunity to play a full role in shaping the pivotal decisions being made right now as countries respond to and recover from the Covid-19 pandemic – choices that will affect the well-being of people and the planet for generations to come,” he said.

“Women in leadership: Achieving an equal future in a Covid-19 world” is this year’s IWD theme to highlight efforts of women and girls in shaping a more equal future and recovery from the pandemic.

Steiner lauded women for being at the forefront of “diverse and inclusive” online and street-based movements for social change, taking a stand on issues like climate change, green economy and their rights.

“We know that more inclusive leadership and representation leads to stronger democracies, better governance, and more peaceful societies,” he said.

He noted barriers like being tied to the lowest-paying jobs and extremely vulnerable forms of employment continue preventing women from fully participating in the decision-making process for ensuring equitable distribution of resources and power.

“Women are nearly twice as likely than men to lose their jobs during the Covid-19 crisis,” he said.

The pandemic will “dramatically” increase rate of poverty among women aside from widening the gap between them and impoverished men, he continued.

“UNDP argues that a worthwhile monthly investment of 0.07 percent of developing countries’ GDP could help 613 million working-aged women living in poverty to absorb the shock of the pandemic,” he said.

He said independence women need to more deeply engage in decisions that can change their future.

According to UN, nearly 60 percent of women worldwide work in the informal economy earning less and saving less so they are at greater risk of falling into poverty.

To help improve the situation of women, Steiner said UNDP continues working to amplify their voices and promote their participation and leadership in public institutions, parliaments, the judiciary, and private sector.

“With our support, some 180 different measures – from electoral quotas to gender-smart business policies – were put in place by countries across the globe in 2019,” he said.

He also noted the Covid-19 Global Gender Response Tracker by UNDP and UN Women is helping governments identify and address gaps in respective response to the pandemic.

Observance of IWD on March 8 is linked to the women’s movements around the time of the 1917 Russian Revolution, UN noted.

“Before the Revolution, Russia had not yet adopted the Gregorian calendar, introduced by Pope Gregory XIII in 1582 to mitigate the errors of the Julian calendar, which owes its name to the Roman emperor, who had chosen it 46 years before the birth of Jesus Christ,” said UN. “The Gregorian calendar is used today in the large majority of countries. In 1917, 23 February in Russia thus corresponded to 8 March in the other European countries. It’s as simple as that!” (PNA)

What Canada can learn from U.S., U.K. about COVID-19 vaccinations and reopening

How COVID-19 vaccines developed in China, Russia and elsewhere could impact the pandemic

Science·New Countries such as China, Russia, India and Cuba are developing and distributing their own …