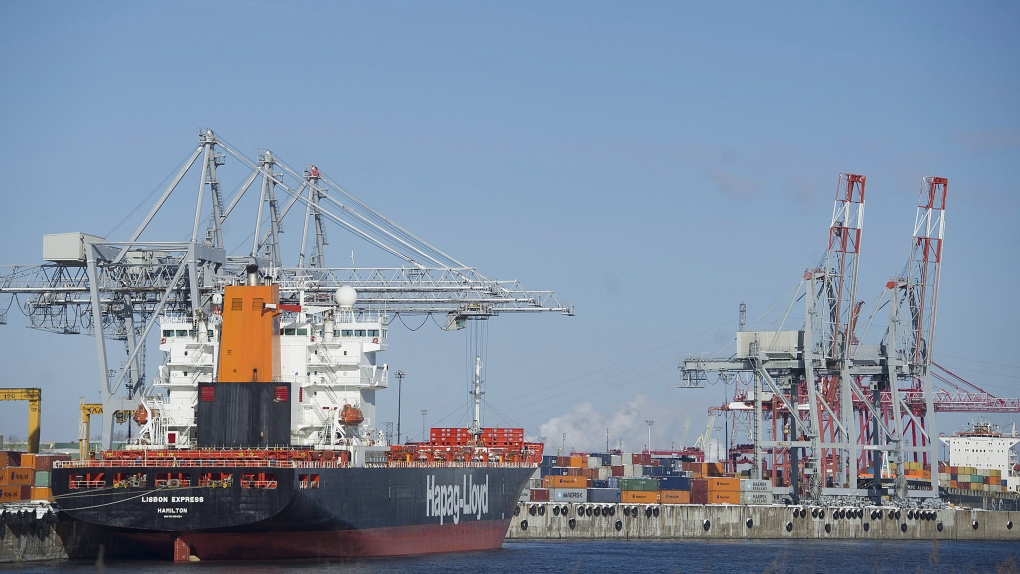 Container ships are shown in the Port of Montreal on January 4, 2016. (THE CANADIAN PRESS/Graham Hughes)

A spokeswoman for the Canadian Union of Public Employees in Quebec which represents the dockworkers said the workers want to return to the negotiating table. An overwhelming 99.71% of the union workers rejected the offer, the spokeswoman said.

CUPE has been negotiating a contract with the Maritime Employers Association for 1,125 longshore workers at the Port of Montreal, after their agreement expired in 2018.

Sunday marks the end of a seven-month truce agreed to by the two sides which gave a reprieve to shippers who were hit hard last summer by the strike.

The workers have not formally asked to strike. CUPE has said that work schedules were one of the major issues in the talks. The Montreal Port Authority said in a recent statement that the workers’ 19-day stoppage during the summer of 2020 cost wholesalers $600 million in sales over a two-month period, according to Statistics Canada.

The authority warned that future stoppages could cause supply chain delays and higher freight costs "right as the economic recovery and a broader reopening of the retail sector" in the provinces of Quebec and Ontario get under way.