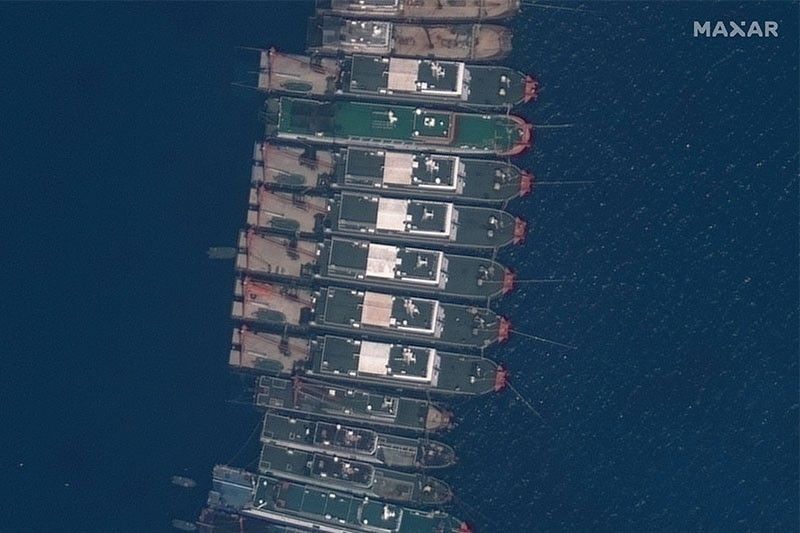 MANILA, Philippines — Defense Secretary Delfin Lorenzana on Sunday warned that Chinese vessels in the area of Juan Felipe Reef suggests China intends to stay there as stressed that the Kalayaan Island Group is part of the Philippines under international law.

Lorenzana, a former Army general, made the statement Sunday after the Chinese Embassy called his earlier call for Chinese vessels to leave “perplexing.” The embassy also said the defense secretary should “avoid any unprofessional remarks which may further fan irrational emotions.”

The Philippine defense chief on Sunday said “the continued presence of Chinese maritime militias in the area reveals their intent to further occupy features in the West Philippine Sea.”

“They have done this before at Panatag Shoal or Bajo de Masinloc and at Panganiban Reef, brazenly violating Philippine sovereignty and sovereign rights under international law.”

Panatag Shoal was the site of a maritime standoff between the Philippines and China in 2012, when Chinese vessels stopped a Philippine Navy ship from apprehending alleged Chinese poachers. China controls the area but President Rodrigo Duterte said in 2019 that under a deal with Chinese President Xi Jinping , Filipino fishers can fish there.

RELATED: Fish in our time: Duterte and Xi’s ‘undocumented’ deal on sea row

“The utter disregard by the Chinese Embassy in Manila of international law specially the [UN Convention on the Law of the Sea] to which China is a party is appalling,” Lorenzana said Sunday.

“The Philippines’ claim stands on solid grounds, while China’s does not.”

China has denied that the vessels in Julian Felipe Reef are part of a militia and had only been staying due to bad weather. It also stressed that Chinese fishermen have long been using the traditional fishing ground, which China calls Niu’e Jiao.

On Saturday, Lorenzana said the weather has improved and they no longer have a reason to stay further. “I am no fool..you should leave,” he said.

The Department of Foreign Affairs has filed a diplomatic protest over the incident. It has, however, yet to comment on the dragging word war between Lorezana and the Chinese Embassy.

Lorenzana added that China, as party to the Declaration on the Conduct of Parties in the South China Sea, “should refran from conducting activities that disturb regional and international peace and security.”

Last week, Malacañang said President Rodrigo Duterte had discussed the matter with Chinese Ambassador Huang Xilian when the two met. The Chinese ambassador had paid a visit to Duterte to greet the president a happy birthday.

Facebook Inc plans to hire 10,000 in the European Union over the next five years, …