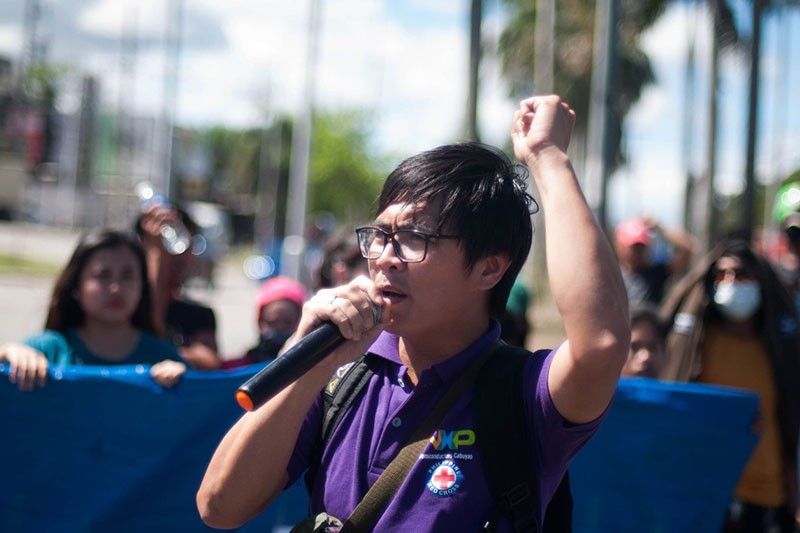 MANILA, Philippines — Murdered labor leader Dandy Miguel spent and dedicated his short life to helping workers in the Calabarzon region, and his family only had a vague idea of his work and advocacies — and of how many lives he had touched.

The nearly ten days Miguel’s family spent with workers who knew him were filled with stories of how he helped push for their rights and interests, and how grateful they are to the labor leader.

No doubt that Dandy Miguel was killed for fighting for workers, supporters say

Miguel, vice chairperson of Pamantik-Kilusang Mayo Uno, was shot four times on March 28 in Calamba, Laguna, while was on his way home. On the night he was killed, he was wearing a union shirt bearing the words that encapsulated his fight for workers: “Sahod. Trabaho. Karapatan. Ipaglaban.” (Fight for Wages, Work, Rights)

Miguel was laid to rest at noon on Wednesday as dozens of mourners — his relatives and representatives of several labor union groups — shared stories of how he had helped them and lamented how a “great, caring leader” had been taken away.

A livestream by Pamantik KMU showed a long line of mourners wearing black shirts and face masks, holding posters and banners as they walked.

The posters and banners called on the public to resist what they say is a crackdown on activists and labor organizers, and calling for justice for Miguel and for other victims of extrajudicial killings.

A member of Alyansa ng Mangagagawa Eklabo said they are pinning the blame for Miguel’s brutal murder on the “fascist Duterte regime, through the executioner [Armed Forces of the Philippines and Philippine National Police]” that they said has a long record of human rights abuses.

Miguel was the tenth activist killed in Calabarzon in March alone. Miguel is also among the more than 50 trade union leaders and organizers killed since the start of the Duterte administration, labor coalition Nagkaisa said.

Miguel’s younger sister, Daisy, shared he was her only sibling and that they had never been close. In her eulogy, she said she knows “deep inside, he was protecting us, our mother, his wife and the kids.”

“Nasasaktan ako sa tuwing nakikita ko yung mga videos na pinapanood, di ko maimagine na ganun siya katapang (It pains me to watch the videos of him. I couldn’t imagine he was that brave),” she added.

Daisy said she and her brother chose very different fields of work and she had only a vague inkling of what he did.

(From the day I first saw my brother dead, to this day, I have wished it was me instead. Because I know he could have done so much more, because I know that he really wanted to help every one of you.)

Miguel’s aunt said that the time the family spent with his friends and those he helped — from the night of his brutal killing to his funeral — made them realize how great he was. “He was able to do those because of you,” she told them.

“Our whole family thanks you. We saw how much we was loved,” she added.

Addressing her departed nephew, she added: “So many people love you. Your advocacy will not end because of this.”

Pamantik-KMU, which Miguel led as vice chairperson, said he never uttered the words “hindi ko kaya” or “hindi ko magagawa ito” (I cannot do this) and that those who came to him for help only heard “gagawan natin ng paraan” (we will find a way).”

Workers from Fuji Electric attested to how Miguel fought for their rights and uphold their interests. They successfully pushed for a Collective Bargaining Agreement that helped raise their salary from the time Miguel was union president in 2018 until 2022, Pamantik-KMU said.

They vowed that with his death, “many more Dandy Miguels will spring up and will continue his work.”

“His heart may have stopped beating, but we will fight for what duties and work that he left,” they added.