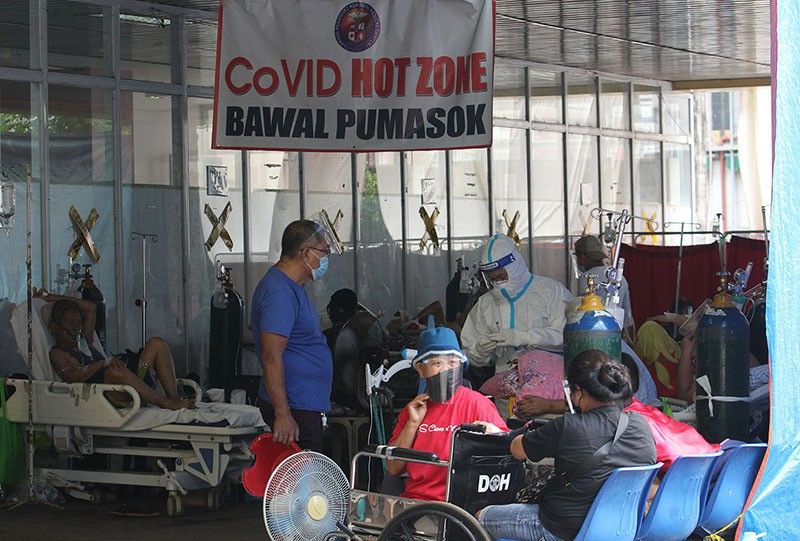 MANILA, Philippines — Ivermectin products in the country remain for veterinary use, the Department of Health reiterated on Monday, as a lawmaker launched announced a plan to distribute the drug as a COVID-19 treatment.

Authorities in recent weeks warned the public against using Ivermectin as a COVID-19 treatment, as they said it is “highly toxic to humans.”

No significant evidence Ivermectin can help vs COVID-19, WHO warns

Despite that, it has been touted by lawmakers and businesspeople as a possible treatment for COVID-19. But even the World Health Organization said there is still no significant evidence to prove this, and the drug would still need to undergo clinical trials.

Rep. Mike Defensor (Anakalusugan party-list), in a Facebook post and in a message to reporters, said his office would give out the drug to Quezon City residents for free, especially to senior citizens and those with comorbidities.

The DOH stressed that from reviews by medical groups, Ivermectin does not reduce the mortality risk of mild to severe COVID-19 patients. Neither does it shorten the duration of hospitalization, and time of the resolution of symptoms.

It said it has also relayed information about the planned distribution of Ivermectin to the Food and Drug Administration’s enforcement unit. By law, the importation, trafficking and distribution of unregulated medicines are prohibited.

The congressman, who is neither a doctor or scientist, said in a House hearing last week that he took Ivermectin when he tested positive for COVID-19. He also claimed that he got better after, and urged regulators to approve applications for compassionate use on the drug.

Asked on Monday if doctors would be involved in the distribution of the veterinary drug, he said those who want access to Ivermectin must have a prescription.

Under FDA Advisory 2021-0526, the FDA said, the “only registered Ivermectin products in the country for human use are in topical formulations under prescription use only.”

“This is used for the treatment of external parasites such as head lice and skin conditions such as rosacea.”

The DOH and the FDA said it is open to allowing pharmacies to compound the Ivermectin, but it has to put Filipinos’ safety first before clearing “unproven and uncertified medicines in the country.”

In the said House hearing last week, WHO’s country representative Dr. Rabindra Abeyasinghe said taking the Ivermectin could create a “false confidence” that people would already be protected against the COVID-19.

Adding more weight to opposition, he said the advise against using Ivermectin is not only by Philippine regulators and the WHO, but also from the US FDA and the European Medical Association. — with reports from Xave Gregorio and Gaea Katreena Cabico