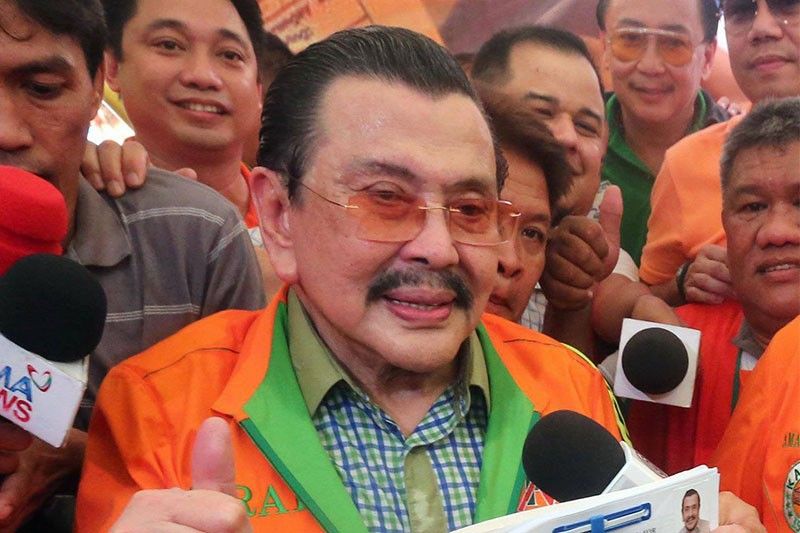 MANILA, Philippines — Former President Joseph “Erap” Estrada, who has been hospitalized for COVID-19 since March 28, remains in stable condition, his son said Wednesday.

“His kidney function is improving and his requirement for oxygen support is also slowly getting better,” former Sen. Jinggoy Estrada said on Facebook. “His other vital organs are functioning well.”

Erap on ventilator as pneumonia due to COVID-19 worsens

The younger Estrada also reported that his father’s doctors said that signs of inflammation are decreasing. “Hopefully, this signals that his immune system is responding well,” he said.

The former president’s family is hoping that no new complications set in and that he continues to improve.

On Tuesday, the former president, who is turning 84 this April 19, was put on a mechanical ventilator as his pneumonia worsened.

Two days before that, the former president, who also served as Manila mayor from 2013 to 2016, was sedated and transferred to the intensive care unit for closer observation. — Xave Gregorio