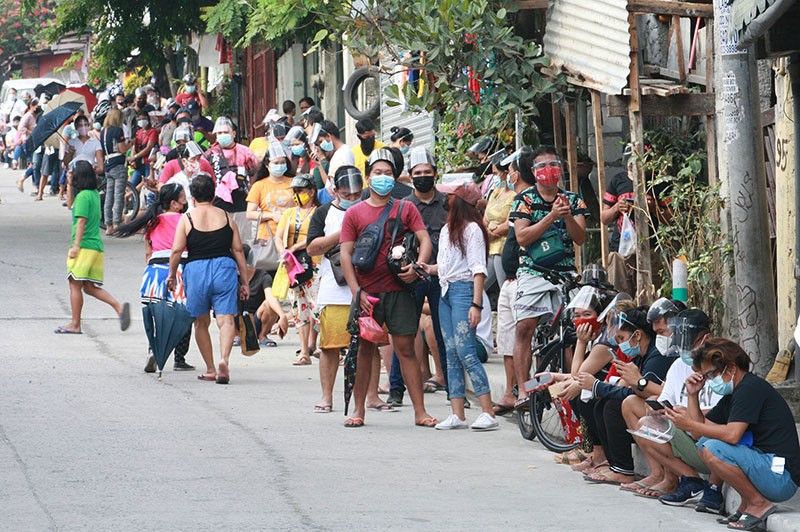 MANILA, Philippines — The National Privacy Commission on Thursday urged local government authorities to be judicious when posting the identities of the financial beneficiaries of the social amelioration program on social media.

“We understand that using social media platforms is a quick and accessible method to reach the public and uploading the list of SAP beneficiaries through these platforms may be considered an efficient way to exercise transparency in utilizing public fund,” the commission wrote in a statement.

What we know so far: Aid for areas under ECQ 2.0

This comes after the Quezon City local government uploaded a searchable file of initial SAP beneficiaries on its website.

The page, which is still live on the city government’s website as of this post, includes beneficiaries from each barangay in the six districts of the city.

“Only the First Name, Middle name, Last name and barangay are available on the QC website,” a representative of the city information office told reporters in Filipino in response to the NPC statement.

Some 22.9 million poor Filipinos making up 80% of the National Economic and Development Authority’s estimated low-income population within the NCR+ bubble are set to receive aid from the government.

Each resident will be receiving P1,000 in kind or cash, an amount progressive groups have said is grossly insufficient.

“The Data Privacy Act does not prohibit LGUs from disclosing information which it deems essential for the public to know in the name of transparency. Nevertheless, LGUs should be mindful of its concomitant responsibilities as personal information controllers,” the NPC said.