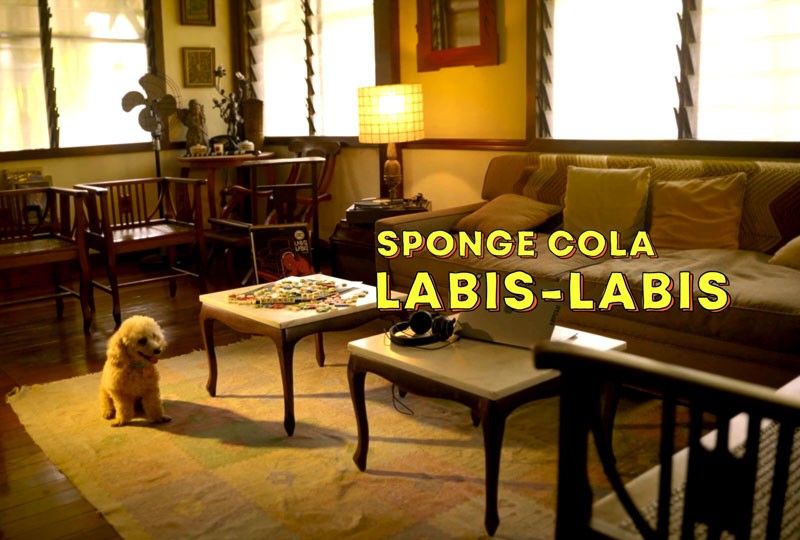 It's a smile-inducing video that features the meet-cute and courtship between two-year-old poodle, Alex, and six-year-old mixed breed aspin, Jamie.

“We all have pets and love them very dearly, and this is our way of saying thanks,” said guitarist Armo Armovit.

Vocalist and guitarist Yael Yuzon shares the same sentinment. “My dogs have been taking care of me. It makes sense to pay tribute to Mini Me and Finny Finn Finn.” The music video of “Labis-labis” is directed by Robin Estargo, who previously worked on several video projects involving dogs.

The director is aware of how it is doubly challenging to make a video that will have pets as the main cast.

“Working with one dog can be quite draining, so what more two? It's like working with toddlers! We have to adjust to their moods all the time and treat them with utmost patience,” the director shared.

He also enumerated their criteria when they cast Alex and Jamie.

“Number one most definitely is that they have to be trained dogs that can do a few or even more tricks.

Second, they have to be smaller in size so they'd be easier to handle on set. And third, the dogs should be familiar with each other offhand – and much better if they have the same trainer or owner, so we won't have a problem on set as these dogs work with each other. We were looking for one aspin and one with a certain breed,” he said.

Alex and Jamie are the fur babies of dog trainer Aldo Vidal. The 63-year-old has been training dogs for 26 years. Vidal submitted an audition video for his two dogs through his daughter, and the rest as they say, is history.

The music video of “Labis-labis” is out now on YouTube via Sony Music Philippines. Where one’s heart is

The crucial role of millennials and GenZs this #Halalan2022

Shop ’til you drop

Photograph courtesy of Ace hardware ’Tis the season again to go shopping. Check out these …