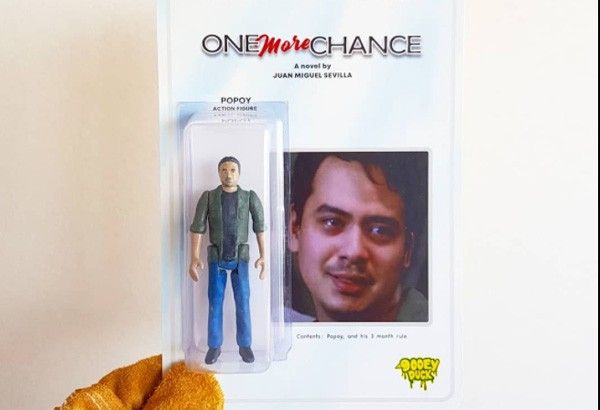 In Gooeyduck’s Facebook page, the toy creator said that the action figure is a resin figure, hand-painted and hand-crafted.

"Si Derek talaga…" it wrote in the caption.

Apart from John Lloyd, Dolphy’s iconic roles Darna Kuno and his character in a movie who drank the Banayad Whisky were also in display.

This post is not an ad for Banayad Whiskey. #notanAD

In an exclusive interview with Philstar.com, Manila-based artist Pato P said that he made those toys just for fun.

“What you see on my social media accounts are all handmade figures I made for fun. All of them inspired by my love of pop culture and an ode to the Filipino culture,” Pato said.

Pato added that the availability of his toys depends if he has the time to do it.

“I sell some of my figures, but the availability depends if I have the time or if I'm in the mood,” he jested.

He affirmed that there are more Pinoy characters to be released soon.

“There are more Pinoy characters that I have in mind, but you'll have to wait and see until I release them. To order, just shoot me a message on my Facebook or Instagram account (gooeyduckph),” he said.

Are you ready for BTS’ concert in LA? Here’s a sneak peek at SoFi Stadium