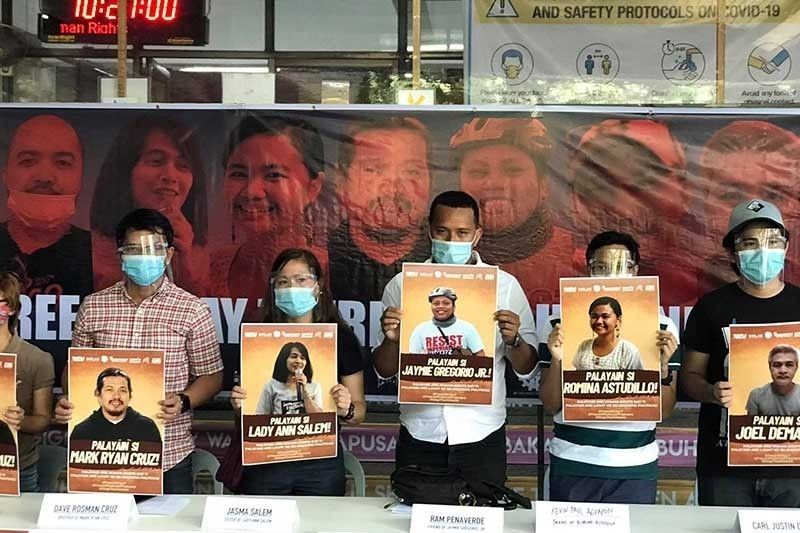 ‘Search warrant issued based on probable cause’

Cruz, Astudillo and Gregorio went the same route as Salem and Esparago and moved for the quashal of the search warrant. The defense asserted that Villavert failed to make a probing and exhaustive examination of the applicant and witnesses, and instead propounded routinary questions that were a rehash of the affidavits.

But the Quezon City court noted that the Supreme Court in Oebanda v. People ruled that the judge bears the mandate to conduct a full and searching examination of the applicant and witnesses.

“Taking into consideration the foregoing principles, this court finds that the subject search warrant was issued based on probable cause, after a searching and probing personal examination under oath of applicant Police Capt. Michael Nathaniel Visco and his witnesses Kharl Lou Geronimo and [Patrolman] Ernie Ambuyoc,” the court said.

On the defense’s claim that the testimonies were inconsistent, the Manila court judge said she “finds that the collective testimonies of the witnesses would prompt a reasonably discreet person to believe that the offense of violation of RA 10951 was committed, and that the objects or items sought for could be found in the premises to be searched.”

“After a careful examination of the arguments of the accused, the court resolves to deny the omnibus motion,” the ruling read.

Cruz, Astudillo and Gregorio are set to be arraigned on May 4.

“[E]ven if the said court had shortcomings in its conduct of the inquiry, still this court has to defer to the former’s findings because as a rule, great respect must be accorded to it as it is presumed to have regularly performed its duties; and this court’s main task is only to check whether substantial evidence exists for the issuance of the warrant,” the ruling read.

The court also presumed the affidavits of the applicant and his witnesses as valid, as it noted that without evidence to prove that there was “reckless disregard for or that the affiants had prevaricated the truth,” it may not disturb conclusions reached by the issuing court on the matter.

Why is this important?

Activists are urging the Supreme Court to look into the “weaponization” of the law, citing the cases of arrests and killings in the implementation of court-issued search warrants that are usually against dissenters.

They called on the SC to place safeguards in its rules allowing Manila and Quezon City judges to issue search warrants that may be implemented across the country, as they note that these courts have issued “serial warrants,” based on one set of applicants and witnesses.

Responding to these concerns, the SC in March said they will issue rules on the use of body cameras during service of search and arrest warrants.

2021-05-25
AtinitoAdmin
Share
Previous When and how to see the lunar eclipse (and yes, the ‘super moon’)
Next Following issue with Michael Cinco, Nova Stevens now receiving death threats