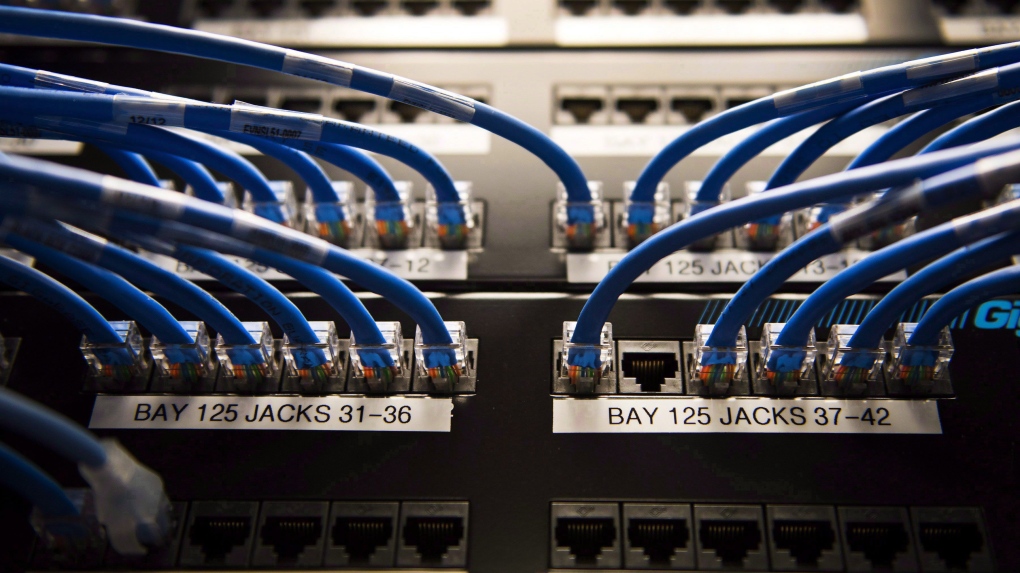 Networking cables and circuit boards are shown in Toronto on Wednesday, November 8, 2017. THE CANADIAN PRESS/Nathan Denette

TORONTO — In a victory for large internet and phone companies, Canada’s telecommunications regulator has reversed a 2019 decision to drop wholesale internet rates.

The CRTC said Thursday it made errors when it ordered major phone and cable companies to slash many of their wholesale internet rates.

It said all of the 2019 rate changes have been set aside. That means the majority of the wholesale rates set in 2016 remain in effect, with the exception of a markup by phone companies.

Matt Stein, chair of the 30-member Competitive Network Operators of Canada and chief executive of Distributel, said he was "absolutely dismayed" by the CRTC’s reversal.

He predicted internet prices will go up "immediately" and there will be fewer of the smaller competitors, because they’ve counted on some relief from the higher 2016 rates.

"And so this means the competitors have to raise rates, just to stay in the game. And when competitors raise their rates, all that does is create more room for the incumbent phone and cable companies to raise theirs," Stein predicted.

The ruling follows years of regulatory filings and political lobbying by rival internet companies, who are divided between buyers and sellers of wholesale network capacity

TekSavvy, Distributel and other independent internet providers say they’ve been overcharged by wholesalers for years — a position initially supported by the CRTC’s 2019 decision to lower those prices.

Bell, Rogers and other regional phone and cable companies have defended the rates they’ve charged since 2016 and say the CRTC’s 2019 rates would have them selling at a loss.

They argue that maintaining and expanding their network infrastructure is a significant cost the independent companies don’t bear, and that the lowered rates could limit their ability to invest in wireless or internet services in rural areas — growth the federal government has pledged to support.

CRTC chairman Ian Scott said in an interview after Thursday’s decision that the regulator essentially set aside the rates established in 2019.

While the smaller ISPs had celebrated the 2019 price reductions and the larger ISPs worked vigorously to have them set aside, Scott wouldn’t speculate on what Thursday’s decision meant for the companies.

"We went back, we did the requisite detailed analysis and reached the conclusions that we reached," Scott said.

"It is what it is and I would not characterize it as victories or losses."

The federal government said it is reviewing the CRTC decision.to ensure it aligns with its priorities of affordability, competition and innovation in the sector.

"Wholesale broadband is a proven regulatory tool for enabling retail competition in the internet service market. Setting the right wholesale rates is important to meeting our priorities when it comes to competition and the availability of high-quality networks for Canadians," stated Francois-Philippe Champagne, minister of Innovation, Science and Industry.

This report by The Canadian Press was first published May 27, 2021.

2021-05-27
AtinitoAdmin
Share
Previous Dozens of MPs stand to lose access to pensions if they’re defeated in an early election
Next Joyce Echaquan died of pulmonary edema, could have been saved, inquiry hears

Amigo Loans warns it will go bust unless it resumes lending