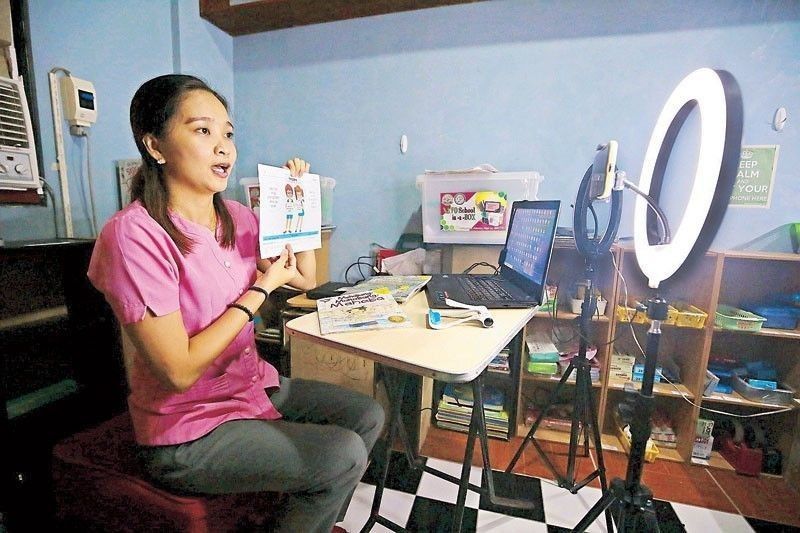 DepEd in a May 14 release said procurement is underway for a monthly connectivity load to teachers at 30 to 35 gigabytes.

"We will begin to roll out perhaps next month," said Undersecretary for Administration Alain Pascua partly in Filipino. "We will be asking our teachers to register in DepEd Commons to give them load in their cellphones."

Classes in the Philippines had been carried out remotely since the pandemic hit. Access to internet and its cost are among the challenges that teachers and students have had to deal with under the current setup.

Pascua said the 35 GB per month could fit for teachers' online activities. Consumed at 1 GB per day, it can be used for eight hours of webinars as well as downloading and watching of videos.

He added that unused data will be stretched to the following months up until one year, when the user consumes the 100 GB.

"We expect that they can do a lot with this bandwidth," the official said in Filipino. "We expect this connectivity load for teachers to last from three to six months."

In an exchange with reporters, Undersecretary for Finance Anne Sevilla said DepEd has a total budget of P1.2 billion for the procurement of internet load.

The school year under the pandemic will end in July. DepEd had said that it is eyeing an August 23 reopening, but stressed that President Rodrigo Duterte will have the final say in this.

Resuming in-person classes even in areas with low virus transmission remains uncertain, even as groups and some lawmakers press the government for a safe reopening.

2021-05-16
AtinitoAdmin
Share
Previous READ: Rabiya Mateo’s post after Miss Universe preliminary competition
Next Is Asian identity even a thing? Who cares, pass the popcorn for K-drama