Filipinos go on ‘bayanihan’ for Miss Universe 2020 candidates; give away compassionate follows, gowns 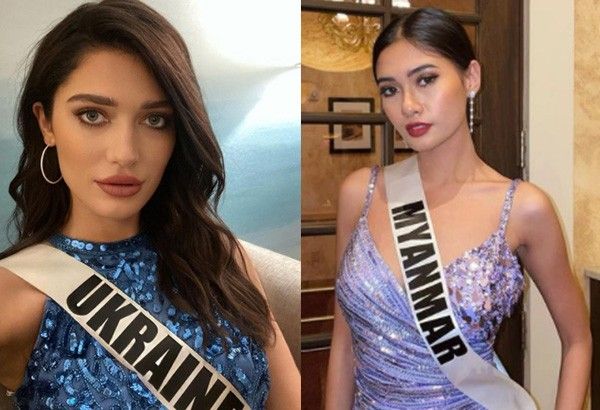 She greeted the girls in French (Bonjour!), Filipino (Mabuhay!) and Thai (Sawasdee kap!) to the cheers and applause from everybody. The delegates commenced the six-hour rehearsal with a dance routine for the final show’s production number.

In the afternoon, the girls dressed down in white tees and jeans for the Smile Train event with reigning queen Zozibini Tunzi. Miss Universe Philippines 2020 Mateo displayed a colorful message on social media that read, “Changing the world, one smile at a time.”

Meanwhile, Miss Universe Panama 2020 Carmen Jaramillo is the first candidate whose slip/fall was captured on camera. She tripped while taking a video, walking backwards, of adoring fans that lined the route to the Smile Train event. The Panaman beauty simply collected herself as if nothing happened. Like Miss Grand Philippines Samantha Bernardo’s stairwell descent in the Miss Grand International 2020 swimsuit preliminary, citizens made a hilarious meme of contestants walking a road’s curb enroute to rehearsals.

When dusk fell, the candidates glammed up for a night in town. The girls were divided in three groups with some going to a sports bar while others to dining spots like La Vendetta and Brio. Rabiya, who looked elegant in a sequined dress with an uneven hemline, was in the latter restaurant with Poland’s Natalia Pigula, Singapore’s Bernadette Belle Ong and USA’s Asya Branch.

The lines of Rabiya’s back-revealing outfit is reminiscent of Megan Young’s winning gown but without the bustle at the hemline, as hers had an uneven design. The Filipino beauty recently broke the 890,000 followers mark on her Instagram account.

Meanwhile, US-based Filipino fashion designer Kirsten Regalado, who have created dresses for two or three candidates for the upcoming shows, have answered the call of Miss Universe Myanmar 2020 Thuzar Wint Lwin for dresses to wear in the pageant, as she lost her baggage in transit to Florida. The two others who answered the distress call were Colombia’s national director Natalie Ackermann and Vietnam’s good-looking national director Tran Viet Bao Hoang.

It can be recalled that Miss Universe Ukraine 2020 Liza Yastremskaya recently thanked Pinoy fans for their support. Her social media followers increased to over 50,000 from 2,000 after posting that she felt unsupported and alone, in tears, during her arrival and registration.

Where one’s heart is

The crucial role of millennials and GenZs this #Halalan2022

Shop ’til you drop

Photograph courtesy of Ace hardware ’Tis the season again to go shopping. Check out these …