Graduation will be through Facebook and Zoom again this year 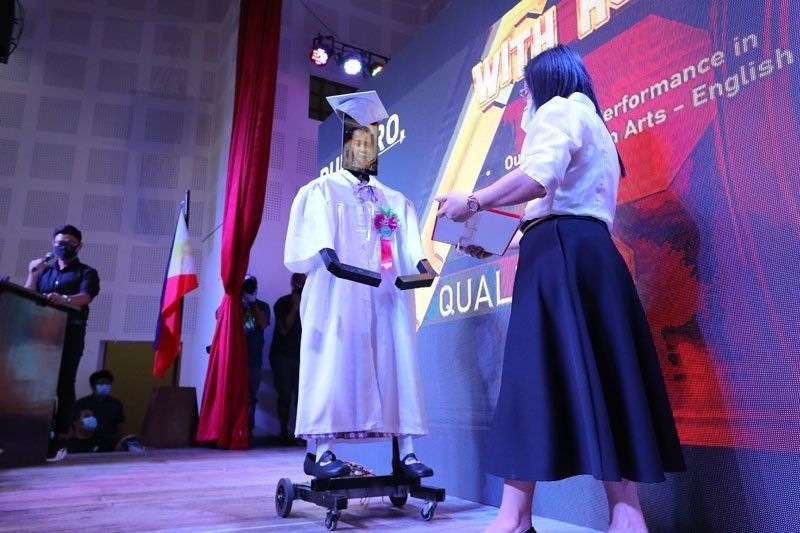 MANILA, Philippines —In-person graduation rites are still prohibited due to COVID-19 restrictions, the Department of Education said as the first year of learning during the pandemic nears its end.

This will be the second time since the pandemic began that end-of-school-year ceremonies will not be held in person. Classes have been done online or through learning modules while schools remained closed.

Secretary Leonor Briones in a May 24 memorandum said schools could instead opt for a virtual ceremony between July 12 to 16. The extended school year ends on July 10.

"To ensure the protection of the health and safety of learners, teachers and personnel, as well as parents and other stakeholders, any face-to-face ceremony is not allowed," the memo read, which encouraged schools to keep their program short considering internet connectivity.

DepEd added that schools may broadcast the virtual rites on their social media pages, but should first secure the consent of parents and students.

Classes in the K-12 system began in October 2020 and teachers and students have had to deal with difficulties under the new learning setup.

There is still no word on when the government will allow a return to schools. Groups like Philippine Business for Education have repeatedly warned that failure to ensure a safe return to in-person learning will hurt students and the economy.

Education officials added that schools can reschedule or even forego their end-of-school-year rites.

Over 25 million Filipino students are enrolled in the present school year, down by two million from last year's 27 million.