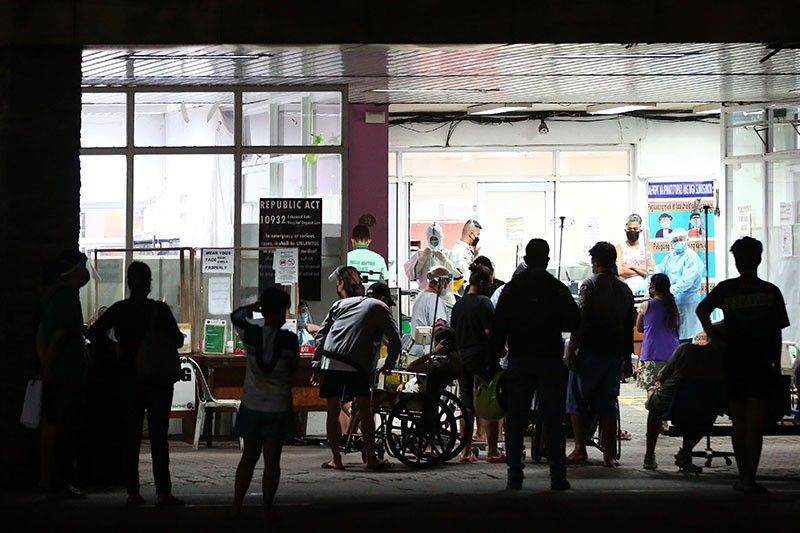 MANILA, Philippines — A lawmaker on Monday sought for a special audit of government funds in its pandemic handling, saying the billions allocated do not seem to be felt on the ground.

In a resolution, Sen. Risa Hontiveros urged the Commission on Audit to make the move and present its findings before Congress begins its deliberation for next year's national budget.

Hontiveros cited figures from the Department of Budget and Management that P570 billion had been used from its funds.

Despite this, she said many health workers have yet to receive their hazard pay, families still do not have assistance, and medical facilities are still lacking.

"Billions are said to be spent from people's money but their sufferings are not eased," she said partly in Filipino. "Government must take a hard look in the mirror by doing a special audit of its financial decisions."

The senator also pressed Malacañang to regularly release financial reports on 'Bayanihan 2' to identify which areas in the government's COVID-19 response are still not addressed.

Under the said law, President Rodrigo Duterte's office is required to submit a report every first Monday of the month. But Hontiveros said the last time that was done was in January.

"Filipinos are not able to see where their money has gone when there is a huge spike in COVID-19 cases," she continued. "How much is left? It is irresponsible and illegal not to make financial reports public during a crisis."

The resolution is already the second that Hontiveros filed in calling for a special audit. She said evaluating government's expenses are crucial as lawmakers will soon begin budget hearings by the second half of the year.

"It is our right to know if people are benefitting from the billions which were allocated and loaned for COVID-19," Hontiveros added. "It is our duty as legislators to exercise our power of the purse judiciously."

On May 3, health authorities reported 7,225 additional COVID-19 infections. This pushed its total to more than 1.06 million, with 17,525 dead from the disease.

Esperon to Joma, comrades: You may file for delisting

Filipinos in Israel choose to stay despite attacks

Truck ban imposed in Manila; coding back in Makati