May 13, 2021, will go down in the history of Ontario, particularly in the Filipino Canadian community, as the significant day that the Ontario Legislature officially proclaimed “the month of June in each year as Filipino Heritage Month” in the premier province of Canada. Bill 217, known as the “Filipino Heritage Month Act”, was sponsored at Queen’s Park by Doly Begum, the NDP Member of Provincial Parliament for Scarborough Southwest, Ontario.

MPP D. Begum worked diligently and determinedly regarding the filing and passage of the Act as a Private Member’s Bill. On October 20.2020, for the First Reading, the Bill went through the standard legislative process, the Second Reading on March 25, 2021, and then on May 5, 2021, the Bill was considered and reported without amendment. Finally, the Third Reading was carried out on May 13, 2021.

The Act’s preamble has provided the rationale and reason for the salient proclamation, stating that the “Province of Ontario publicly acknowledges and affirms the contributions that Filipinos make in Ontario as part of the vibrant social, economic, political, and cultural fabric of our province.” and that the province is home to over 337,000 people of Philippine origin.” Recognizing further, the Bill states that the “Filipino community has contributed to all aspects of Ontario’s prosperity and diverse heritage for generations”, as well as, that the province recognizes the “positive impact and the countless economic contributions the Filipino Canadian community has made and continues to make in Ontario and throughout the rest of Canada and the world”.

Further stating the justification for the Bill and its purpose, the Act is aimed at providing “all Ontarians, both today and in future generations, with an opportunity to learn about and celebrate the rich heritage and histories of the Filipino Canadian community. and also give Ontarians a chance “to reflect on the roles and contributions of Filipino Ontarians in communities across the province, including the work of those Filipino Ontarians who are essential workers in keeping Ontarians safe and healthy” under the pandemic crisis.

Doly Begum was elected to the Legislative Assembly of Ontario in the 2018 provincial election. At 29, Doly Begum was the youngest New Democrat among the party’s caucus. Now 32, MPP Begum is the Deputy Opposition Whip and has been appointed to a key new role as critic for Citizenship, Foreign Credentials, and Immigration Services in the Official Opposition by NDP Leader Andrea Horwath. She was also a Member of the Standing Committee on Social Policy and served as a critic of early learning and childcare. She moved to Canada as a child with her parents and brother from the Moulvibazar District in Bangladesh and has lived in Scarborough most of her life. Begum is indeed a shining examplar of a progressive-minded politician and a successful Asian-Canadian at heart.

Many believe that the province’s “Filipino Heritage Month Act”, together with the two similar official proclamations by the City of Toronto in November 2017 and by the House of Commons in October 2018 including declarations in Alberta and other Canadian cities and municipalities considerably complete the full recognition of the contributions and value of Filipino Canadians within the fabric of Canadian society. Meaningfully, the passage of Bill 217 is a historical milestone to be profoundly cherished and proudly celebrated from generation to generation.

Grand Opening of the First “Potato Corner” Store in Winnipeg

Save the Best for Last 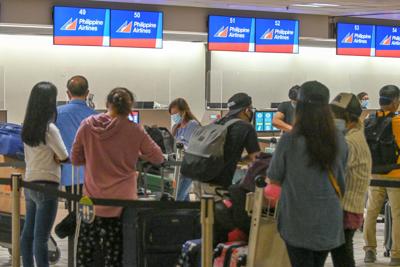 Tips in Traveling around the Philippines

In my previous column, I detailed on the steps for a stress-free travel to the …