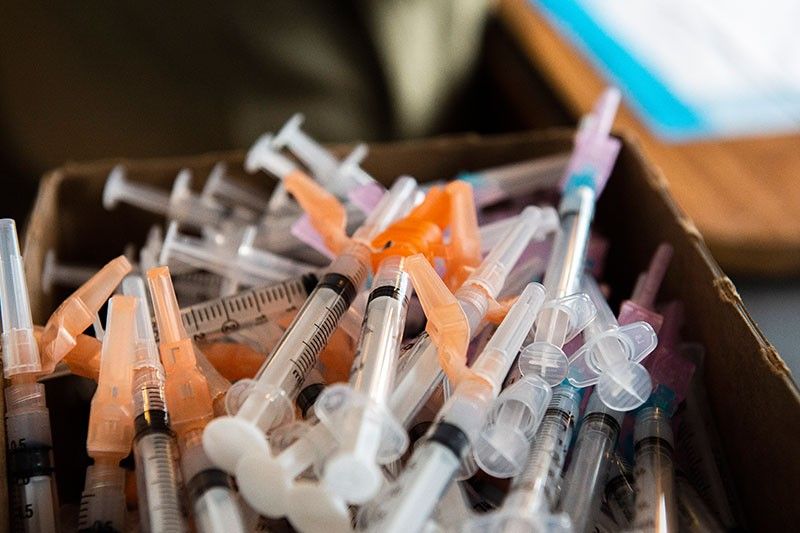 MANILA, Philippines — The Philippine National Police acknowledged Tuesday the possibility that the vaccine and vaccination slot for sale scheme may be a scam targeting specific people rather than a widespread modus.

In a statement sent to reporters, Police Gen. Guillermo Eleazar, PNP chief said that the PNP Anti-Cybercrime Group did not find other posts offering the sale of vaccines or vaccination slots when monitoring on all online platforms.

Related Stories
SWS poll: More than half of Filipinos prefer vaccines from USA
Investigations into alleged sale of vaccination slots underway
Investigators closing in on ‘bakuna for sale’ suspect — PNP chief
“It appears from the ACG investigation that the seller gets in contact through private messages with his proposal. This is probably to avoid being noticed by our law enforcement agencies if he makes his post public.”
“If we look at the first vaccine offerings and slots in our LGUs, they both have legitimate online businesses. Both businesses offered using direct messaging. So it is possible that they are the only ones targeted by the scammers.”
According to Eleazar, the scheme could also be another form of online scamming, vaccines are given free to residents by local government units.
He said that the ACG is continuing its close monitoring and coordination with its local teams and the LGU police offices, urging the public to immediately report to the PNP’s E-Sumbong Complaint Monitoring and Referral system should they encounter the modus.
“We cannot also discount the possibility that this is politically motivated, probably employed to discredit the reputation of the LGU involved,” the police chief said.
“Since the illegal sale of vaccine and vaccination slots is being perpetrated via private communication, we encourage netizens who are being targeted by both illegal sellers and scammers to help us in this case.”
Earlier, the PNP said that investigators have already identified “at least one person” who allegedly offered a friend two brands of vaccines for up to P15,500 through a messaging app.
Manila City Mayor Isko Moreno has since signed a city ordinance banning the sale of coronavirus vaccines for profit or gain.
Valenzuela Mayor Rex Gatchalian has also issued a warning that anyone cooperating with such schemes would see “the stiffest penalties imposed.”
In a statement sent to reporters, MMDA chair Benhur Abalos said that the NBI Cybercrime Division is set to form a 50-man team to probe the incident, adding that the team already had a lead it could not yet disclose.
“If the modus operandi is true, the PNP and NBI would be filing charges against individuals behind the Bakuna for Sale. They could be slapped with estafa or bribery,” Abalos said.